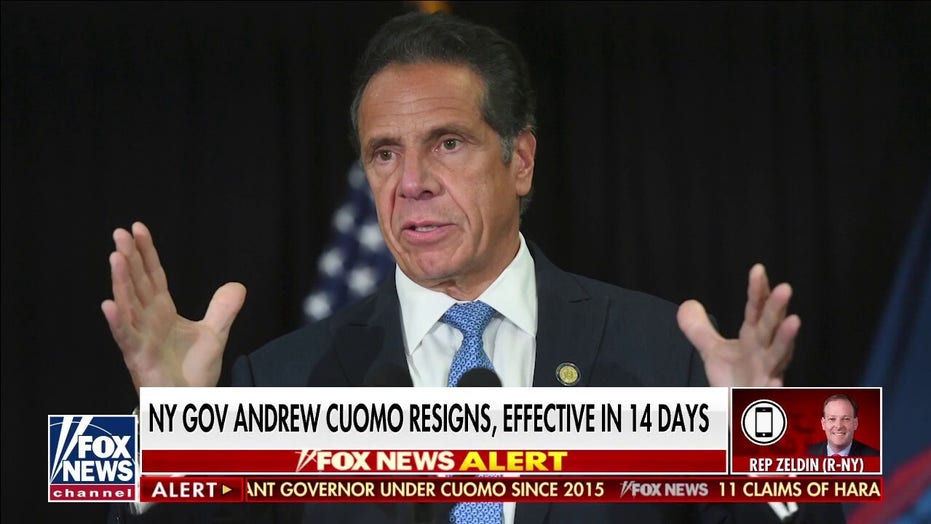 Rep. Zeldin on Gov. Cuomo’s resignation: Today can’t be ‘the end of the story’

Minutes after the three-term governor announced that he would resign in the wake of a devastating report by the New York State Attorney General’s Office that Cuomo sexually harassed multiple women, Zeldin put out a statement arguing that the governor’s move to step down was long overdue and that “criminal repercussions must follow.”

The four-term lawmaker, who represents New York’s 1st Congressional District in the eastern half of Long Island, then charged that “unfortunately, for New Yorkers, we’re left with Cuomo’s Lieutenant who empowered this disgusting behavior while Andrew Cuomo cultivated this toxic culture, leaving a trail of victims in its wake. Kathy Hochul has been silent scandal after scandal, from fatal nursing home policies and coverups to rampant harassment, intimidation, bullying and abuse.”

Immediately following Cuomo’s announcement, Hochul put out a statement saying, “I agree with Governor Cuomo’s decision to step down. It is the right thing to do and in the best interest of New Yorkers.”

Hochul, a former town councilor and county clerk who later served one term in Congress, was chosen by Cuomo as his running mate when he ran in 2014 for reelection to a second term. Cuomo won a third term in 2018, with Hochul once again as his running mate.

Most of New York’s Democratic congressional delegation, including Sens. Chuck Schumer and Kirsten Gillibrand and Reps. Jerry Nadler and Alexandria Ocasio-Cortez, as well as scores of state lawmakers, called on Cuomo to resign in February and March after numerous women accused him of sexual harassment and misconduct. Hochul declined to publicly join the calls for the governor to step down.

But on Tuesday, after the release of the New York State Attorney General’s Office investigation, Hochul said the sexual harassment investigation “has documented repulsive and unlawful behavior by the Governor towards multiple women.” And she emphasized that “no one is above the law.”

Hochul hasn’t discussed whether she’ll bid next year for a full four-year term as governor, although she’s being encouraged to run. If she does, it’s likely she’ll face rivals for the Democratic nomination.

Zeldin, in his statement, stressed that “in November of 2022, we must rid New York of the Cuomo-Hochul administration and its disgraceful legacy. We need new leadership in New York to end the attacks on our freedoms, our wallets and our safety, and Save Our State.”

Zeldin, an attorney and officer in the U.S. Army Reserve who was first elected to the Suffolk County congressional district in 2014, announced last month that he had hauled in more than $4 million in fundraising since declaring his candidacy for governor in April. Zeldin, a staunch ally of former President Trump, has been crisscrossing the state since his campaign launch, meeting with GOP voters.

After securing a slew of county party leader endorsements, Zeldin has been recognized as the presumptive gubernatorial nominee by both the New York Republican and Conservative Parties. But he has competition for the 2022 nomination, with four other declared candidates in the race, including 2014 GOP gubernatorial nominee Rob Astorino and Andrew Giuliani, son of former New York City mayor and former Trump legal adviser Rudy Giuliani.