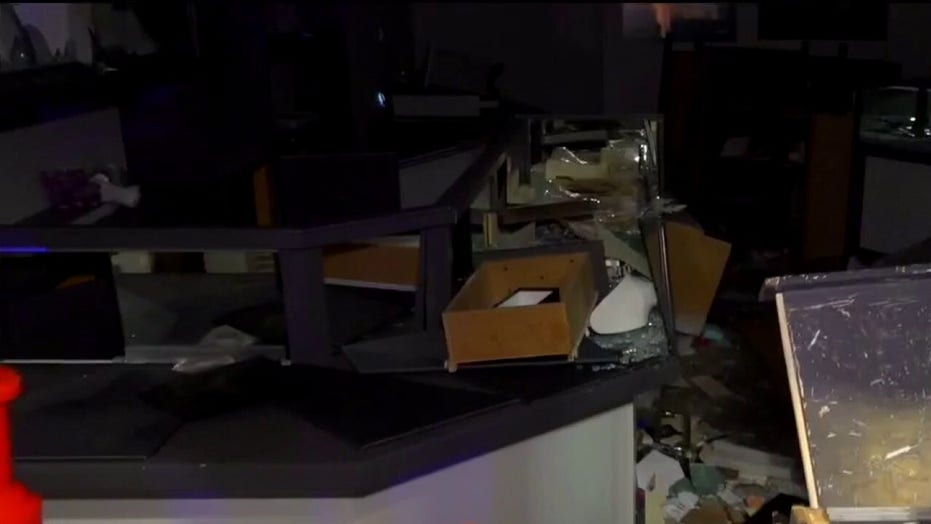 Media Angle is a column offering perspectives on the media landscape from the newsmakers themselves.

Fiona Moriarty-McLaughlin's life turned upside down last month when a 17-second video, in which she appeared to interrupt a man boarding up a California store to pose with his power drill, went viral – but she says she feels like a victim of cancel culture who “stepped unwittingly into an online cesspool of sanctimony, false narratives, and clickbait” without getting to tell her side of the story.

The video has been played over 29 million times and Moriarty-McLaughlin was condemned by celebrities including the singer Pink, who called her a “horrible person.” Filmmaker Ava DuVernay captioned the video, “You know what? I’m… I think I’m gonna put Twitter away for a few minutes before I throw this phone across the room.”

The 21-year-old recent college graduate was supposed to work for the Washington Examiner as a summer intern, but after the video went viral the arrangement was canceled by a student free press association that helps young journalists seek careers in the industry. 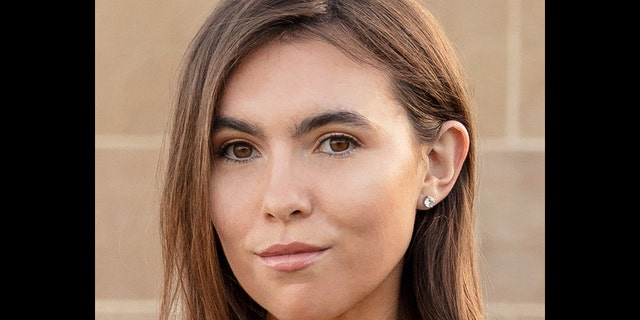 Fiona Moriarty-McLaughlin told Fox News she is a victim of cancel culture after a viral video taken of her was viewed nearly 30 million times.

The College Fix, which had arranged the internship, explained that Morarity-McLaughlin's summer gig was canceled for her own safety.

“We were planning to sponsor Fiona at the Examiner this summer. Her first day was Monday, June 1. Given what happened on that day, I grew concerned that she could become an unwelcome distraction to the editors. So I canceled her internship. This was my decision. It is important to note that the Examiner did not fire her, as several journalists have incorrectly claimed,” The College Fix executive director John J. Miller told Fox News.

“The College Fix has not ended its relationship with Fiona,” MIller added. “We still hope to help a promising young reporter. Right now, we're just encouraging her to stay safe as she weathers a horrific storm of doxxing that has included death threats.”

While millions of people assumed Moriarty-McLaughlin was some sort of want-to-be social media influencer seeking attention, she said the public got the narrative all wrong.

Moriarty-McLaughlin pointed out a variety of media gaffes, such as her father being identified as a boyfriend and claims that she posted the photo on social media. The optics were made worse when she quickly scurried off after the photo, but Moriarty-McLaughlin said she "felt threatened and quickly left" because she saw she was being filmed.

In an email interview with Fox News' Media Angle, Moriarty-McLaughlin told her side of the story, addressed cancel culture and said “the social media mob is out of control.”

Media Angle: Walk us through what happened, from your perspective, which resulted in the video of you going viral.

Moriarty-McLaughlin: After two nights of protests and looting in Los Angeles that turned Santa Monica, the city I call home, into what resembled a war zone, I felt the need to do something. I wasn’t sure exactly what, but I thought I might visit the destruction and document what I saw. I had already begun to take short videos of the chaos. I’m a young journalist, and this reaction came naturally to me.

On June 1, I headed to downtown Santa Monica to record videos  of the devastation as well as workers fixing storefronts, stopping by Patagonia and Road Runner Sports on 4th Street. “These are the real heroes today, thank you guys,” I said aloud as I filmed.

I was struck by the sight of businesses boarded up. I asked my father to pull over so I could speak to a construction worker putting up plywood. As we discussed the cleanup, he handed me the drill in a joking and friendly manner. I went with it, and in the spur of the moment, a photo was snapped. There was absolutely no malicious intent, no big master plan. The accusation it was some sort of so-called “influencer” photo op or attempt to appear like I was cleaning up is completely false.

The video was posted later that day. Prominent public figures soon circulated the video, prompting it to go viral. All I wanted to do was record and recognize the work and back-breaking labor of individuals many take for granted who helped restore Los Angeles. But I stepped unwittingly into an online cesspool of sanctimony, false narratives, and clickbait.

MA: Does America have a problem with “cancel culture?” If so, what can be done to stop it?

Moriarty-McLaughlin: Yes, the social media mob is out of control as I learned all too well. “Cancel culture” is the new norm, and the mob doesn’t care who it destroys in the process. In my case, “cancel culture” has extended beyond my personal life to impact my career path. What surprised me the most is the level of hate and violence anonymous figures on social media are spewing at me and anyone else that they view as in the wrong. And it’s unbelievable what they are able to get away with.

The only ones that can stop cancel culture on social media are the platforms themselves: Facebook/Instagram, Twitter, YouTube and Snapchat. But enforcement is sorely lacking and if you don’t have a human contact at these companies, customer service is a black hole. Tougher regulation and enforcement of the platforms, forcing them to monitor and delete false and defamatory accounts, would go a long way.

MA: What was it like to be condemned by celebrities such as LeBron James and Pink when they didn’t know your side of the story?

Moriarty-McLaughlin: I was shocked and disappointed at both of their reactions. They jumped to conclusions and bought into the false narrative stirred up by the online mob.

MA: What have the past few weeks been like since the video went viral? Are you still being threatened?

Moriarty-McLaughlin: The video concluded by zooming in on our car’s license plate — an open invitation to the doxing that soon descended upon us.  The social media mob posted my name, home address, phone number, and more.  Within hours, my social media accounts were bombarded with threats. “This b—h is going down. Let’s go loot her house and kill her while we’re at it.” “We know where you live. We’re coming to get you. You’ll be dead by morning.” “You’re a waste of oxygen. Kill yourself b—h.” “Eat s–t and die.”

It has been [four] weeks  since the incident, but the harassment has not stopped. I’m still receiving threats by text, phone, and direct message. #DragHer circulated, prompting hateful YouTube  videos  targeting me for being a conservative journalist.

In addition,  fake accounts  impersonating me have popped up all over Instagram and Twitter, spewing  racial slurs  and hate speech. Numerous reports have been submitted and the platforms themselves have repeatedly and firmly replied that they are not removing the accounts, even though they directly violate community guidelines. Big tech is fueling the fire by refusing to take down these accounts, further damaging my reputation and putting me at risk.

MA: Do you still wish to pursue a career in journalism?

Moriarty-McLaughlin: Yes, I plan to continue pursuing journalism as a career.