NEW details about Nasa's Artemis Moon mission have revealed that the astronauts are in for a pretty long moonwalk.

Once they reach the surface, one plan is for them to walk 10 miles in a single excursion. 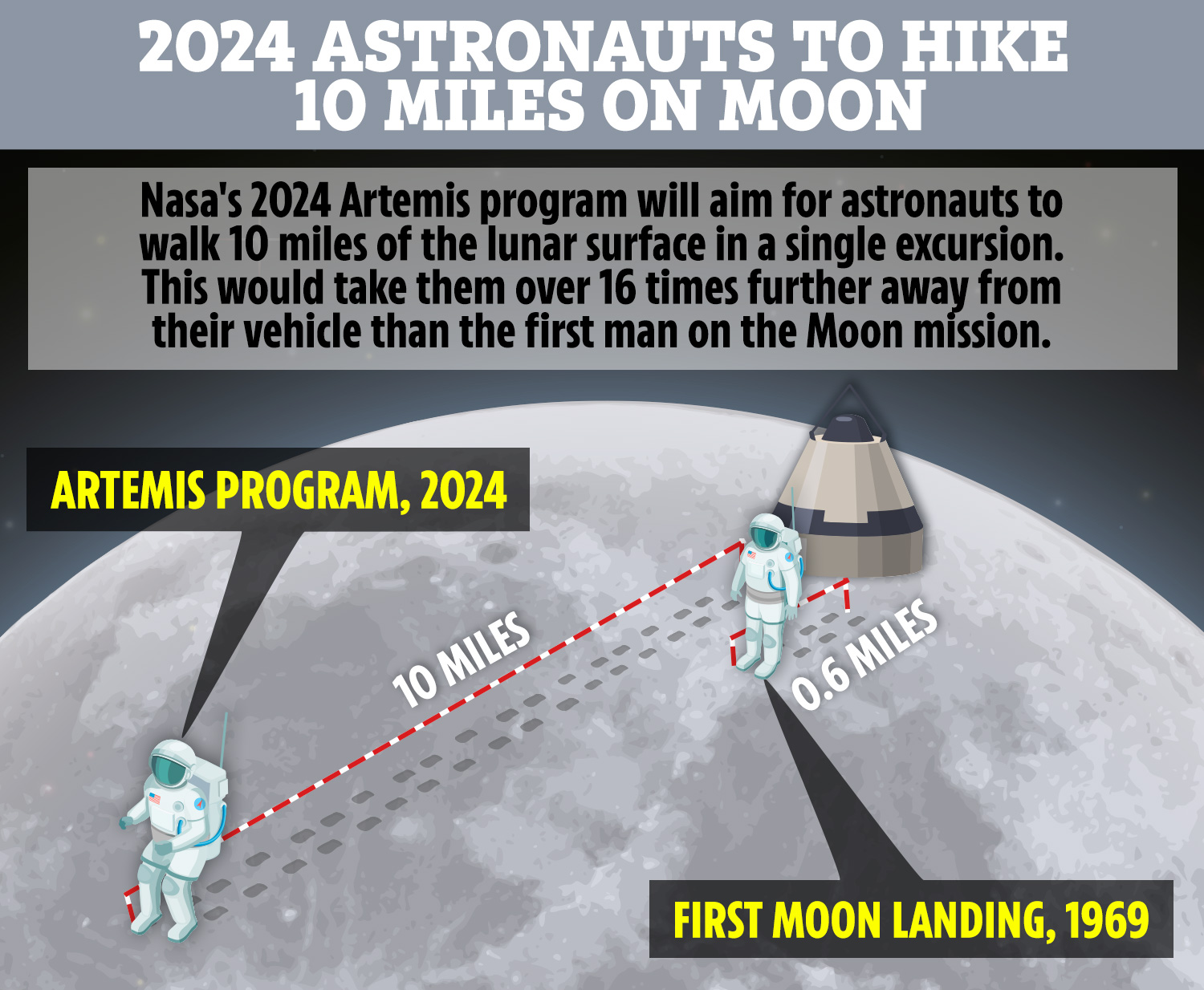 This is over 16 times further than how far the first men to land on the Moon walked.

Back in 1969, Buzz Aldrin and Neil Armstrong ventured only about 3,300 feet (0.6miles) outside their lunar lander.

The Artemis mission is scheduled to land on the icy south-pole of the Moon in 2024.

Amongst other things, the astronauts will be looking for Moon ice and water. 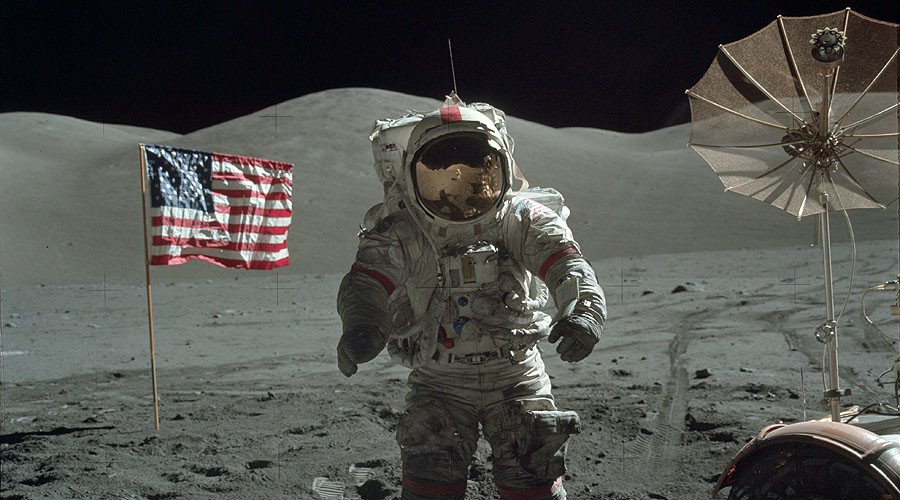 A long moonwalk could help them spot new things in the landscape and aid this water search.

Such a long excursion will come with lots of risks.

However, Nasa is said to be putting a lot of faith into upgraded space suits.

They will need to be able to withstand the coldness of the Moon.

Nasa hasn't revealed how long it expects astronauts to walk this distance in but we know Apollo astronauts had a walking speed of around 1.4 miles per hour.

At this speed it would take just over seven hours to walk 10 miles.

It takes longer to walk a mile on the Moon than on Earth because of lower gravity.

However, the Apollo astronauts were wearing heavy space suits that weren't really designed for long distance so this could have slowed them down.

The new suit is referred to as a Exploration Extravehicular Mobility Unit (xEMU).

It's based on suits worn on the International Space Station as well as ones worn on Apollo missions.

Nasa hasn't landed astronauts on the Moon since the 1972 Apollo 17 mission.

NASA EVA systems engineer Natalie Mary said in a recent committee meeting: "This is where we’re going to test out technologies, utilise lessons learned from EMU and obviously Apollo, in order to get to 2024.

"We do have some things that we are holding off [on] for sustained lunar [exploration]."

In other news, Pluto may be hiding a vast ancient ocean that formed 4.5billion years ago.

And, Elon Musk has said SpaceX's Starship rocket, which he hopes will put Americans on Mars, is now the company's "top priority".

What are your thoughts on the proposed moonwalk? Let us know in the comments…