SOME of the world's earliest cities were brought to their knees 4,000 years ago after they were hit by a one-two punch of climate change and runaway overpopulation, according to research.

Citizens of the burgeoning settlements in the Middle East were left unable to grow food as rainfall plummeted up to 50 per cent. 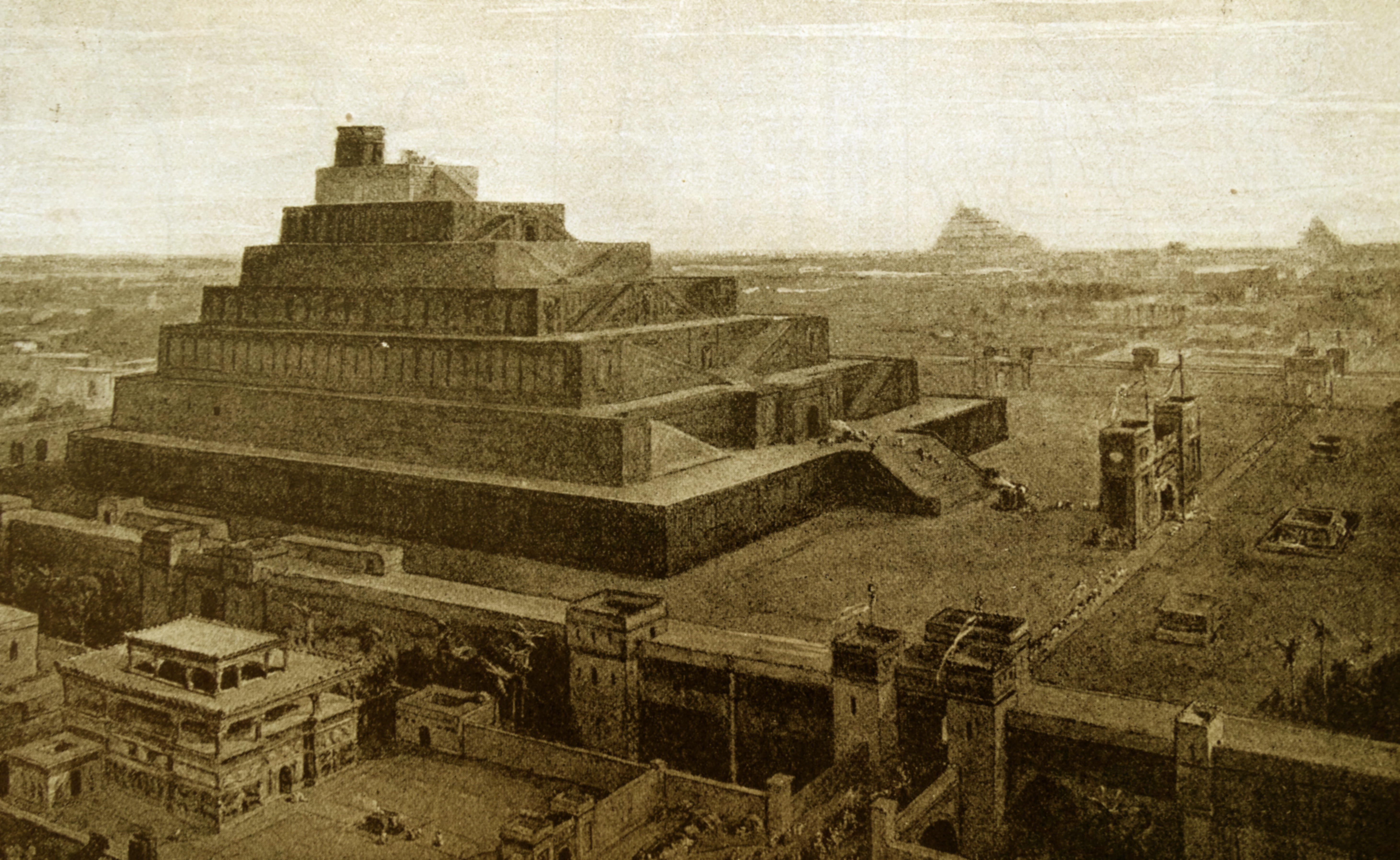 The cities, now buried in Turkey, Syria, Iraq and Lebanon in the ancient region of Mesopotamia, were also struck by plummeting temperatures.

Their inhabitants, an advanced people known as the Mesopotamians, were forced to either abandon their homes or starve to death, researchers write in the journal PLOS One.

Previous studies into the cities, which collapsed around 2100BC, have hinted that a well-documented change in climate was entirely to blame for their downfall.

Dan Lawrence, lead author of the new study and an associate professor in near-Eastern archaeology at Durham University, says otherwise. 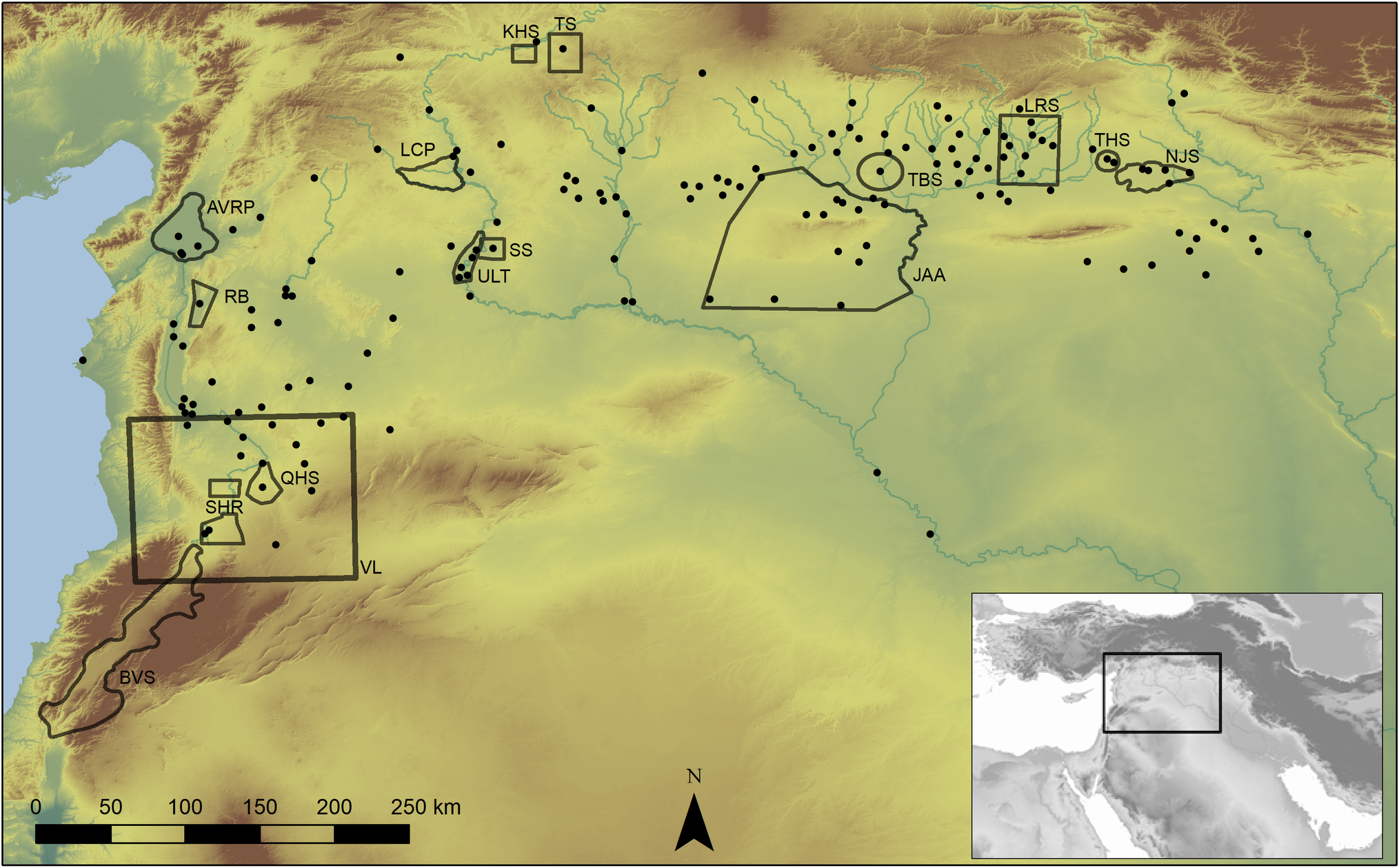 "[The cities] were unsustainable in their own right," Dr Lawrence explains.

"Climate might have pushed them over the cliff, but they were already teetering on the edge."

It's potentially a bad omen for humanity today as we face a global climate crisis and a rapidly rising population worldwide.

Around 2600BC, life was pretty cushty in Mesopotamia. The region was on the verge of an economic boom that would see its cities blossom.

"By this point, you've had lots of lots of villages for a few thousand years," Dr Lawrence told The Sun this week.

"Then quite quickly you get these densely packed cities that are ten time as big as the villages that were there before.

The metropolises boasted many of the features of cities today, such as busy streets, shops, temples and even the odd palace.

Citizens cooked seeds and cereal grains on open fires, the charred remnants of which remain buried at archaeological sites across the Middle East.

Working with colleagues at Ludwig Maximilian University of Munich, he combined data from multiple archaeological surveys covering 1,500 settlements – including 200 cities – that stood between 4000 and 1000BC.

It's among the widest analyses of population trends in the region during the Mesopotamian era.

The team assumed that time periods with more settlements were more densely populated.

Similarly sites with more carbon dated objects were assumed to have been home to more people than those with fewer artefacts.

Using these population proxies, the team uncovered a steep population rise (the number of cities in the region almost tripled) from around 2600BC before things took a turn for the worse.

Dr Lawrence calls this the "boom before the bust".

"Initially, when we looked at the data we were like 'okay, this is a collapse'," he told The Sun.

He added: "The really interesting thing is that by looking at a bit of a longer timespan, we can see that this was a bust of a boom."

"The population and number of cities went up before it dropped. It looks like what was happening before this climate event hit was unsustainable in its own right."

Who were the Mesopotamians? 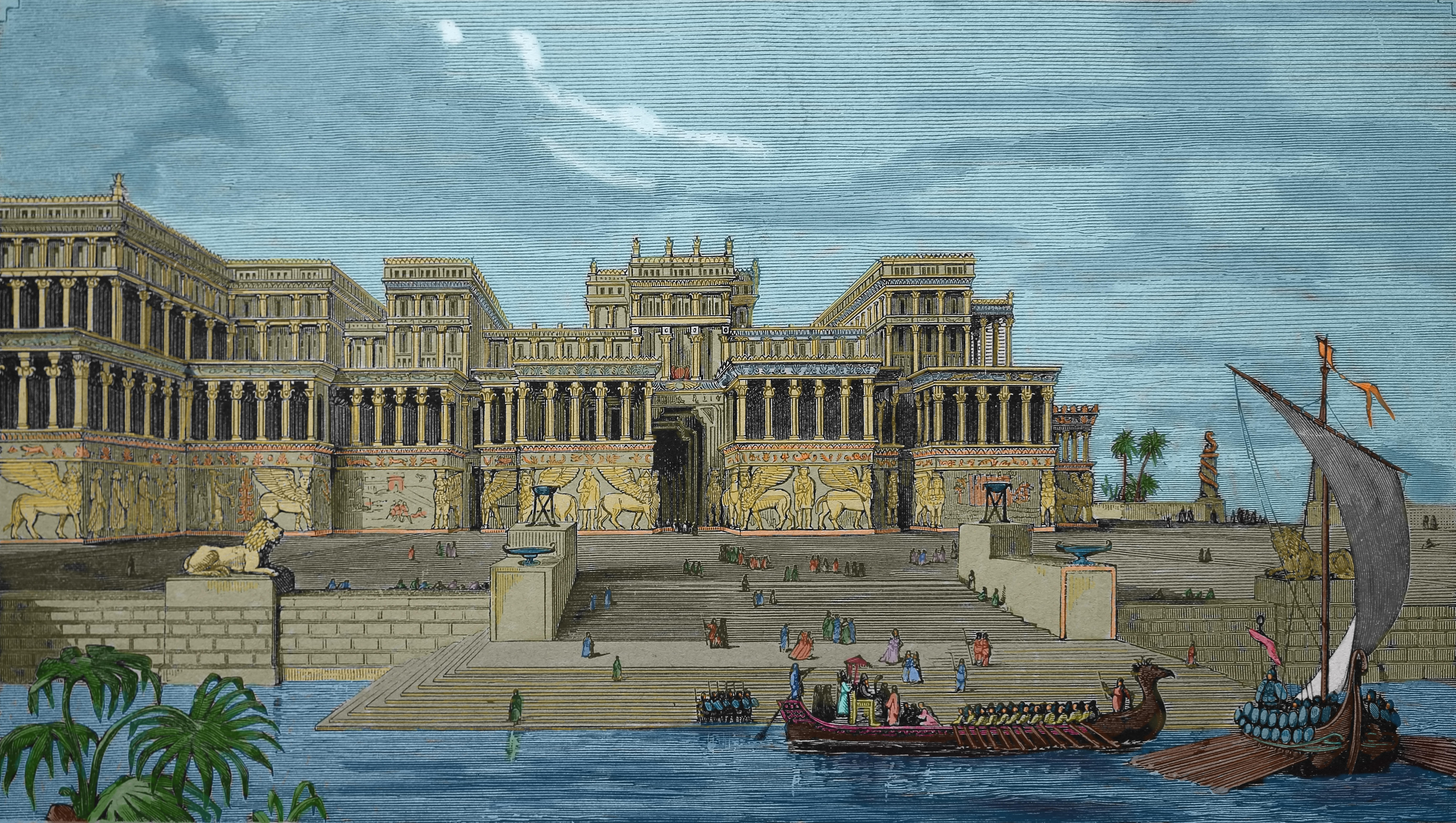 Mesopotamia was an ancient region of Western Asia said to be the birthplace of civilisation.

From around 4000BC, the world's first cities began to spring up in the region, featuring streets, shops, temples and even palaces.

The Mesopotamians were master farmers, using complex irrigation techniques to provide their vast fields of crops with water.

They are also said to have invented the first writing system around 3500BC – and as a result, we know plenty about the way they lived.

At its peak, Ancient Mesopotamia had a population numbering in the hundreds of thousands.

The people there did not form a single civilisation like the Ancient Egyptians, instead existing across multiple city states.

Each urban hub was most likely ruled by kings or other elite leaders who waged war with one another for control of land and resources.

Mesopotamia's most famous metropolis is arguably the lost city of Babylon, which once stood in what is now northern Iraq.

Dr Lawrence and his team linked this rise to the emergence of wool-bearing sheep in the region.

Cities began keeping sheep in herds numbering in the hundreds of thousands, creating an economic boom around the textiles they could now produce in huge volumes.

Livestock can survive in "risky" areas where you can't grow crops, pushing farmers into drier plains that were more susceptible to changes in climate.

This left them vulnerable to a dry and cool period that swept the region in 2200BC. Across the next 100 to 200 years, everything went south.

"In the Middle East it gets drier for a bit during this period," Dr Lawrence explained.

"That’s really bad because you’re right on the very edge of being able to do farming anyway because of natural low rainfall."

That low rainfall plunged even further, dropping between seven and 50 per cent in a short period, according to climate records.

"You could literally be talking about half your rainfall going," Dr Lawrence said. "In some areas it would have been catastrophic."

As crops failed, city rulers panicked, over-exploiting the landscape in a bid to feed their hungry citizens.

"What we know is that some people were overgrazing the land," Dr Lawrence said.

"They had so many sheep, I mean hundreds of thousands of sheep, and they stopped the landscape from recovering by just eating everything, basically. 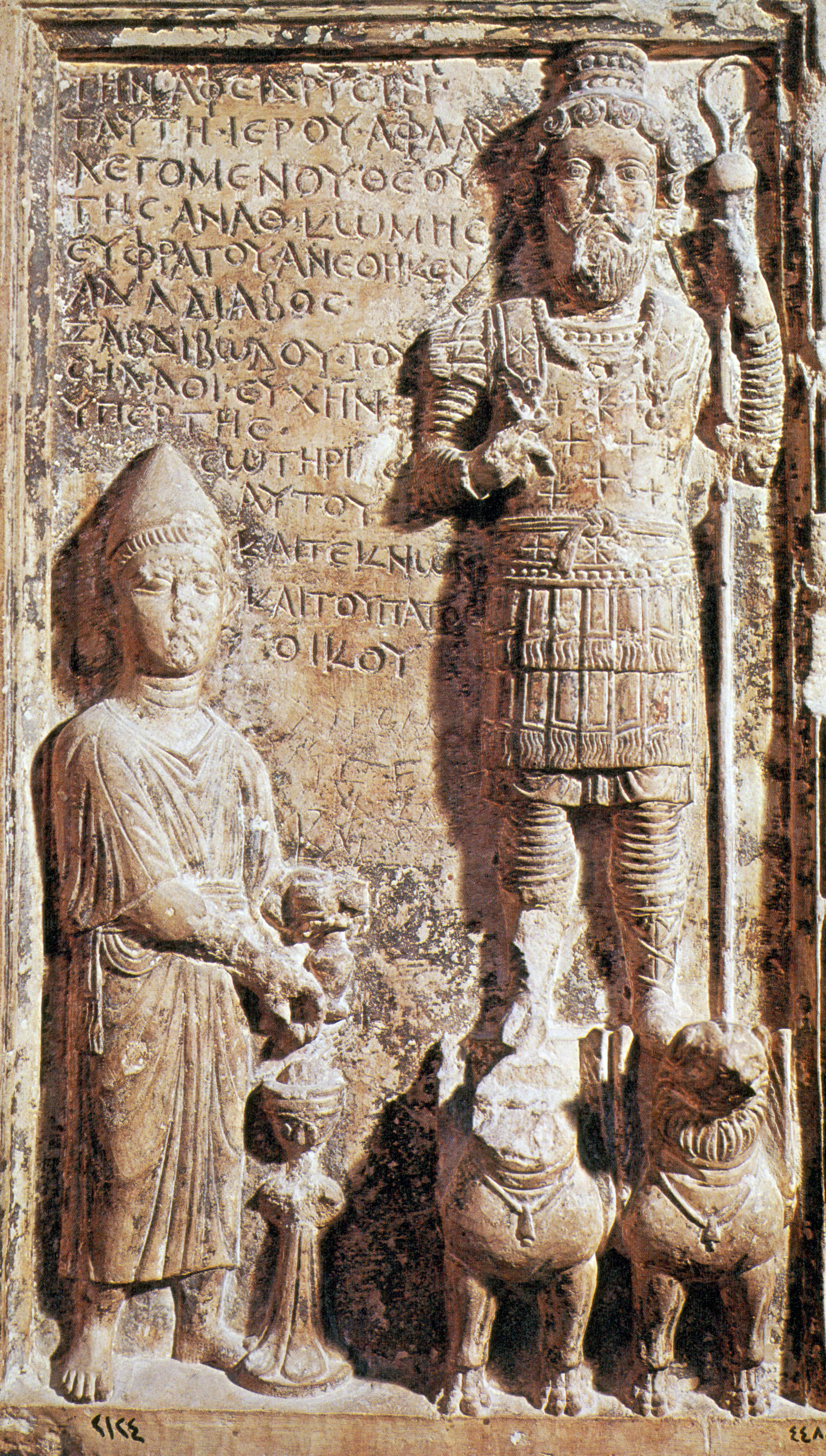 "Over time they just degraded the natural capacity of the landscape – and it all fell to bits."

Evidence uncovered by the team suggests that the population of cities shrank while rural settlements grew.

"People might have escaped the cities to rural areas," Dr Lawrence said.

"I do think there were either some big migrations or a lot of people were starving to death."

There's no way to know for sure whether urban areas were drained of their citizens due to mass migration or mass extinction.

That's something the team hopes to investigate in future by looking for markers of starvation in human remains found at various archaeological sites in the region.

While some cities fell during this period, others survived, and they could teach us a thing or two about weathering a climate catastrophe.

"I don’t think overpopulation is the problem, I think it’s what we do about it," Dr Lawrence told The Sun.

"There are ways in which you can sustain the population even in these sorts of environments. That’s clearly the case because we know that some of these cities managed to sustain themselves."

He added: "It looks for example like the ability to change what crops you grow is really important.

"Some cities shifted. They started off using wheat and then they moved to barley because it's more drought tolerant.

"If you have the ability to adapt, then that makes you more resilient."

In other news, archaeologists have unearthed the ancient remains of a baby near the site of Stonehenge.

A 2,000-year-old Roman chariot that experts say is "almost intact" was recently found near the ancient city of Pompeii.

And, the face of a 1,000-year-old Viking warrior woman with a gruesome battle wound across her skull has been revealed.

Are you worried about the threat that climate change poses to our planet? Let us know in the comments!