After a hard-fought, decades-long battle for suffrage, women won the right to vote 100 years ago today when the 19th Amendment was ratified to the Constitution.

However, they did not become a major voting force for decades to come until women's political participation became more widely accepted culturally and women of color, notably Black women, gained greater voting access in 1965 with the Voting Rights Act.

Now, women are the center of the electorate. Candidates try to court the women vote and election experts discuss how to appeal to women voters. For the past 40 years, women have voted at higher rates than men in every presidential election and women represent the majority of registered voters. In the 2016 election, women cast nearly 10 million more ballots than men did.

Though the fight for political equality is far from over, women have dramatically changed the voting environment since 1920. Here are three facts to know about women voters ahead of 2020. 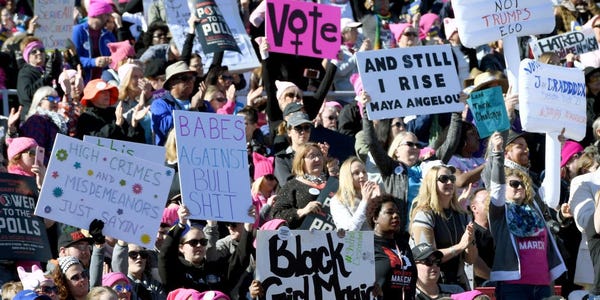 For some women, Donald Trump's 2016 win signaled a step backwards for women's rights, particularly because of his lewd comments toward women, the sexual misconduct allegations launched against him, and his anti-abortion stance.

In a similar vein, Hillary Clinton's defeat delivered a gut-wrenching blow to everyone who had hoped to achieve a political milestone with the country's first female president.

Women became immediately galvanized by the events. Trump's first day in office in 2017 marked one of the biggest single-day protests in U.S. history with the inaugural Women's March, which then continued annually.

This fresh, civically engaged spirit continued to blossom through movements like #MeToo and Time's Up, the record-breaking number of women elected to Congress in the 2018 midterms, and more recently with the 2020 vice presidential nomination of the first female of color on a major party ticket, Kamala Harris.

The trend explains that women are participating more in politics now than before, and experts expect that momentum to play out in the upcoming general election. In a survey earlier this year, almost one-third of female voters reported increased involvement in political campaigns and issues since 2016, and 31 percent said they will become more active for the 2020 elections.

Women of color are the fastest-growing voting bloc 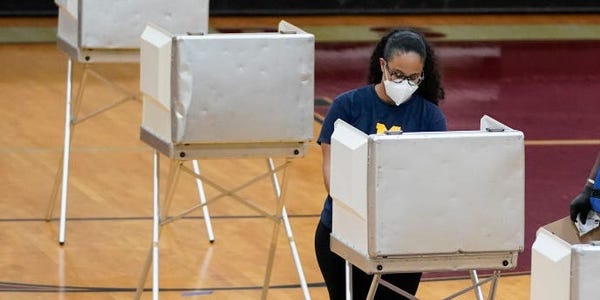 The backlash against Trump after 2016, though felt by women as a whole, distinctly stemmed from women of color. Exit polls illustrated a voting divide between women based on race: White women primarily went for Trump whereas women of color overwhelmingly chose Clinton.

Women of color, though not monolithic, have emerged as the fastest-growing voting bloc in the country. From 2000 to 2017, the voting-age population of women of color has increased by more than half, a gain of 13.5 million votes. Over the same time frame, white women's voting share has grown by 8 percent.

The energy has only continued since Trump's presidency. In the 2018 midterm elections, turnout among women of color was 15 percentage points higher than in 2014.

Black women, in particular, stand out as one of the largest voting blocs. Their 55 percent turnout rate in 2018 was 6 percentage points above the national average. Experts have predicted that Black women voters will be key in the 2020 presidential race. 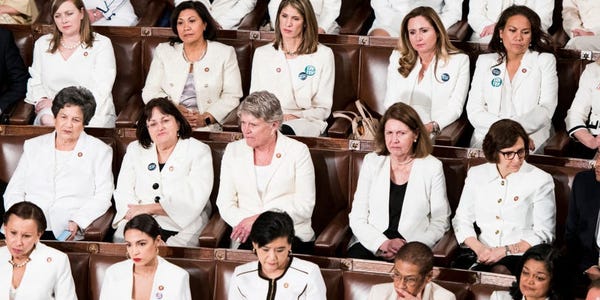 Women split with men on party preference for the first time in 1980 when Ronald Reagan was elected. The Republican established a party shift to the right on women's issues, aligning against abortion and the Equal Rights Amendment, and gained 47 percent of women's vote versus 55 percent of men's. A gender gap has remained since, with female voters favoring the Democratic Party.

The deflection of women voters overall from the GOP has become more visible in the past four years, with some Republicans voicing concern over the declining demographic. A new surge of support from college-educated white women in the 2018 midterms had helped Democrats regain control over the House: 49 percent of white women voted for Democrats versus 43 percent who did in 2016.

Now that Harris has been added to the Democratic ticket, new polling suggests that she will also boost the female vote for Biden.