Quibi, the app that staked its future on short videos, is shutting down just six months after it launched, the company announced Wednesday.
“We started with the idea to create the next generation of storytelling and because of you, we were able to create and deliver the best version of what we imagined Quibi to be,” co-founders Jeffrey Katzenberg and Meg Whitman wrote in an open letter. “So it is with an incredibly heavy heart that today we are announcing that we are winding down the business and looking to sell its content and technology assets.”

The company, which struggled after launching during the pandemic, has exhausted all options, the letter says. Following an assessment of other strategic options, Quibi’s board decided to shutter the company and return the remaining cash to investors, and it plans to seek one or more buyers for it assets.
The mobile-only streaming service was launched in April by Katzenberg, a Hollywood veteran, and Whitman, a Silicon Valley powerhouse. It offered mobile videos and series cut into bite-size segments shorter than 10 minutes.

Unlike short-form videos from YouTube, Instagram or TikTok, Quibi’s pitch to consumers was that it offered content created with big production budgets, similar to major series. It raised nearly $2 billion in funding from investors including Disney and Alibaba, and courted top talent like Steven Spielberg and Jennifer Lopez.
“It’s the biggest idea that we’ve ever done,” Katzenberg told CNN Business a year ago. “I just know it’s going to work.”
But Quibi was based on the vision that consumers would pay to watch short spurts of content while on the go — an idea that apparently failed to take hold in 2020, when most people were stuck at home because of the pandemic.
“The fundamental problem the service was meant to solve (needing a new service for on-the-go, short-form, paid premium video) was proven fairly insignificant in 2020,” Andrew Hare, senior vice president of research for consulting firm Magid, told CNN Business. 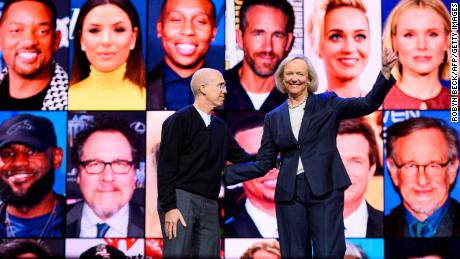 Katzenberg told the New York Times in May that he attributed “everything that has gone wrong to coronavirus … But we own it.”
However, Katzenberg told CNN Business before launch that the company could benefit from the pandemic, noting “quick-bite, super-premium Hollywood-quality content is going to resonate now more than ever.”
That wasn’t the case, however.
Despite a rise in demand for other streaming services, Quibi never found an audience and struggled from launch. Subscriptions to the app cost $4.99 per month with ads, and $7.99 without, and consumers just didn’t want to spend time or money on the app.
Within a month of launching, Quibi had roughly 1.3 million active users — a tiny portion of the 50 million and 183 million users Disney+ and Netflix had at the time, respectively — many of whom were still in the 90-day free trial period. The app struggled with mediocre content reviews and the departure of its head of brand and content marketing shortly after its launch.
As of July, Quibi said it had 5.6 million downloads, but analytics firm Sensor Tower estimated that only 72,000 of the 910,000 people who downloaded the app in its first three days converted to paid subscribers after the 90-day free trial ended. (Quibi pushed back on Sensor Tower’s numbers, but declined to disclose its own paid subscriber figures.) 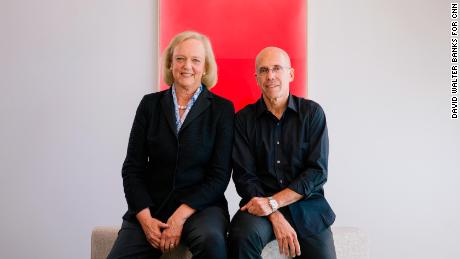 “Quibi is not succeeding,” Katzenberg and Whitman said in the letter. “Likely for one of two reasons: because the idea itself wasn’t strong enough to justify a standalone streaming service or because of our timing. Unfortunately, we will never know but we suspect it’s been a combination of the two.”
The pandemic was not solely to blame for Quibi’s failure, according to Magid’s Hare.
“Streaming video appears to be a category people are very comfortable spending time using during the pandemic,” Hare said. “Just not Quibi.”
Forrester principal analyst Jim Nail agreed, saying the pandemic offers “a good excuse” for Quibi’s failure but “the real problem was that the idea of episodic content in five-minute chunks isn’t what people are looking for on their smartphone.”
“They want the six second goofy dance move on TikTok or an influencer video on YouTube or Instagram,” Nail said. “When they want highly involving, high production content, they want it on their TV screen in 30 minute or longer chunks where they can lose themselves in the story.”
Hare said the company also suffered from a “lack of social media virality,” an unfamiliar brand and its mobile-only proposition, which meant it wasn’t available on connected TVs for people who may have been watching at home during the pandemic.
“Simply put, the value proposition and use case were not strong enough for consumer adoption,” he said. “Was it the competitive forces, the pricing, the distribution, the messaging, the pandemic? Yes, it was all of it.”
Quibi has also been in a legal battle over one of the app’s key pieces of technology, called “Turnstyle,” which let users watch videos both horizontally and vertically. Interactive video firm Eko filed a lawsuit in March alleging that Quibi stole the technology, and misappropriated its trade secrets. Quibi has previously called the lawsuit meritless and referred to Turnstyle as its own patented technology.
Last month, Quibi began exploring strategic options, including a potential sale, according to a report from the Wall Street Journal.

“While we have enough capital to continue operating for a significant period of time, we made the difficult decision to wind down the business, return cash to our shareholders, and say goodbye to our talented colleagues with grace,” Whitman, who has served as Quibi’s CEO, said in a statement Wednesday.
The company said Quibi subscribers will receive notifications regarding the final date of access to the platform.
Source: Read Full Article

Related News:
Business News:
City Of Syracuse Completes Installation Of Energy-efficient LED Streetlights
FTC Sues Beam Financial Alleging Misrepresentation
The Long And Short Of Pfizer-BioNTech, Moderna, Sputnik V & Oxford-AstraZeneca Vaccines
INSURTECH DISRUPTORS: Here's exactly what full-stack insurtechs are doing to beat incumbents on customer acquisition, personalization, and claims processing
Disney increases layoffs to 32,000 workers as coronavirus batters its theme park business
Recent Posts
This website uses cookies to improve your user experience and to provide you with advertisements that are relevant to your interests. By continuing to browse the site you are agreeing to our use of cookies.Ok