Arkansas Senator Tom Cotton explains that Republicans are defending the Constitution and the voices of all Americans.

Just under five years ago more than half of the Democrats currently in the Senate signed a letter defending the 60-vote filibuster on legislation – but now many of them are leading the charge to eliminate it as soon as this weekend.

“Reality changed,” Sen. Mazie Hirono, D-Hawaii, said when asked what is different in 2022 compared with 2017, when she was among the signers of the letter led by Sens. Susan Collins, R-Maine, and Chris Coons, D-Del.

“And the fact that the filibuster is being used to prevent voting protections from being enacted into law,” she told Fox News. “I think that is a total misuse of power.” 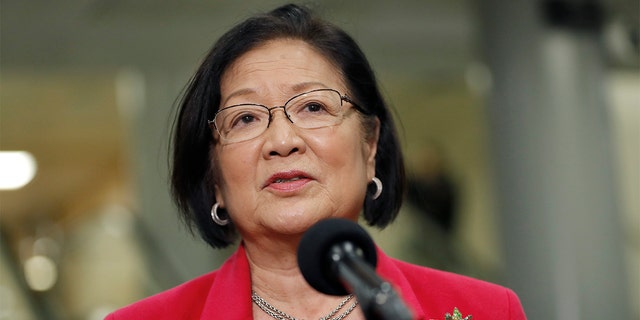 Sen. Mazie Hirono said "reality changed" between 2017 and 2022, which is why she now opposes the Senate filibuster. (AP Photo/Julio Cortez)

The Collins-Coons letter came just three months into former President Donald Trump’s administration, when Republicans held the White House and majorities in the House and the Senate. Trump pushed Republicans to ditch the filibuster, which would have made it much easier for them to pass their agenda.

But 61 total senators, including 31 Democrats (26 of whom are still in office), asked then-Majority Leader Mitch McConnell, R-Ky., and then-Minority Leader Chuck Schumer, D-N.Y., to keep the filibuster in place. They did.

Now, most Senate Democrats, including a significant majority of the letter’s signers, oppose the filibuster.

“I’m surprised because at the time it was very easy to get the signatures,” Collins told Fox News when asked about the Democrats who signed her letter but are now disavowing it. “This is quite a change in position for anyone who signed that letter.” 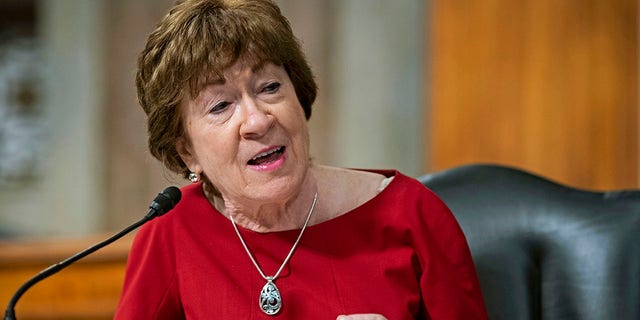 Sen. Susan Collins said Democrats who signed her 2017 letter backing the filibuster, but now oppose it, are engaged in "quite the change in position." (Al Drago/Pool via AP, File)

Senate Democrats started truly agitating for the end of the filibuster during the summer of 2020. Those calls intensified early in 2021 after Democrats won control of the House, Senate and presidency.

But Democrats who wanted to ditch the filibuster continued lobbying their colleagues throughout 2021, arguing that Republicans are abusing the filibuster to block critical legislation.

“It’s the obstreperous, obstinate opposition of Republicans,” Sen. Ed Markey, D-Mass., told Fox News on why he changed his position on the filibuster. Markey signed the 2017 letter but recently became one of the most vocal proponents of eliminating it. 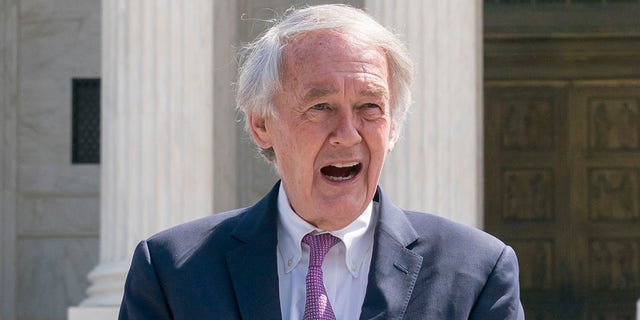 Sen. Ed Markey went from supporting the Senate filibuster in 2017 to becoming one of its most vocal opponents in 2021 and 2022.
(AP Photo/J. Scott Applewhite)

“Voting rights actually is a precondition for every other issue,” Markey said.

“Since the 2017 letter, I have witnessed a violent attack on the Capitol on Jan. 6, 2021, and a non-stop assault on the integrity of the American election system and democracy, based on slanderous lies about voter fraud and stolen elections,” Sen. Tim Kaine, D-Va., who signed the letter, told Fox News. “As a senator sworn to protect and defend the Constitution who has lived through an attack on our constitutional form of government on Jan. 6, I have concluded that a robust voting rights bill that will protect the integrity of our electoral processes is of paramount importance to prevent any future assault on our democracy.”

Kaine added: “Between protecting the Senate rules, which have often been changed, and protecting American democracy, I have decided that limited Senate rules changes should be made to allow passage of voting rights legislation.”

Sen. Jeanne Shaheen, D-N.H., signed the 2017 letter and recently said she supports changing the filibuster. “Republicans’ obstruction is shameful – the Senate needs to act on voting rights now,” she said in a tweet. 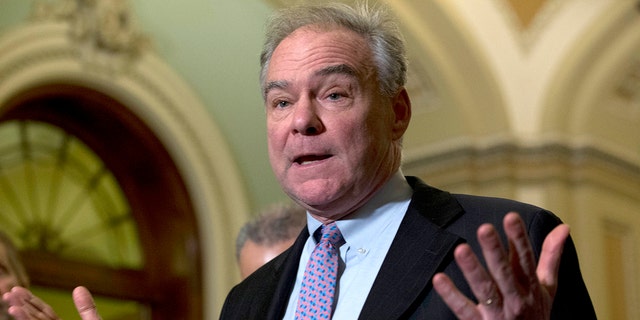 Sen. Sherrod Brown, D-Ohio, was one of the Democrats who signed the letter but changed his stance on the filibuster before President Biden was elected. “As Sen. Brown has always said: voters should pick their representatives – not the other way around,” a Brown spokesperson said.

“Protecting our country from voter suppression is critically important to our democracy. I support allowing a simple majority in the Senate to vote to protect our voting rights,” Sen. Maria Cantwell, D-Wash., who signed the letter, said in a tweet Wednesday.

“We were not where we are today,” Sen. Debbie Stabenow, D-Mich., said earlier this week. She accused Republicans of “tyranny” for using the filibuster as they are. She also slammed efforts in places like Michigan and elsewhere to “literally take away people’s freedom to vote.”

Despite all the pressure from their colleagues, Manchin or Sinema aren’t budging in their opposition to using the “nuclear option” to defang the filibuster with a simple majority. Sinema doubled down on her stance on the Senate floor Thursday, and Manchin praised her for it. That means even as Schumer sets Democrats on a path to use the nuclear option, it does not appear he has the votes to succeed.

Asked to respond to Democrats’ arguments that the Senate now sees more gridlock and partisanship than debate and negotiation – thus making the filibuster outdated and harmful – Collins said she believes bipartisanship is still alive and well.

Senate Majority Leader Chuck Schumer is setting Democrats on a path to get rid of the filibuster, but it’s not clear that he has the votes to do so.
(AP Photo/Susan Walsh, Pool)

“We were successful in passing a bipartisan infrastructure bill when we worked together across the aisle… and it became law,” Collins said. “So we know that we can do it and that the way, in contrast to the Build Back Better Act, which has been total partisan… when we work together in a cooperative way we can succeed on issues that Americans really care about.”

Manchin and Coons also did not respond to requests for comment.

Collins said Democrats’ gambit is “incredibly short-sighted.” She said eventually, and perhaps sooner rather than later, Republicans will be the majority in the Senate. Then, Collins said, Democrats will “rue the day” they got rid of the filibuster.

What if Republicans take power in 2022 and pass a national election law like the ones in Georgia and other red states, which Democrats say they’re fighting by nuking the filibuster?

“If Republicans do all those things, which they’ll want to do, then truly the people of our country should rise up and kick them out of office,” Hirono said when asked about that possibility.