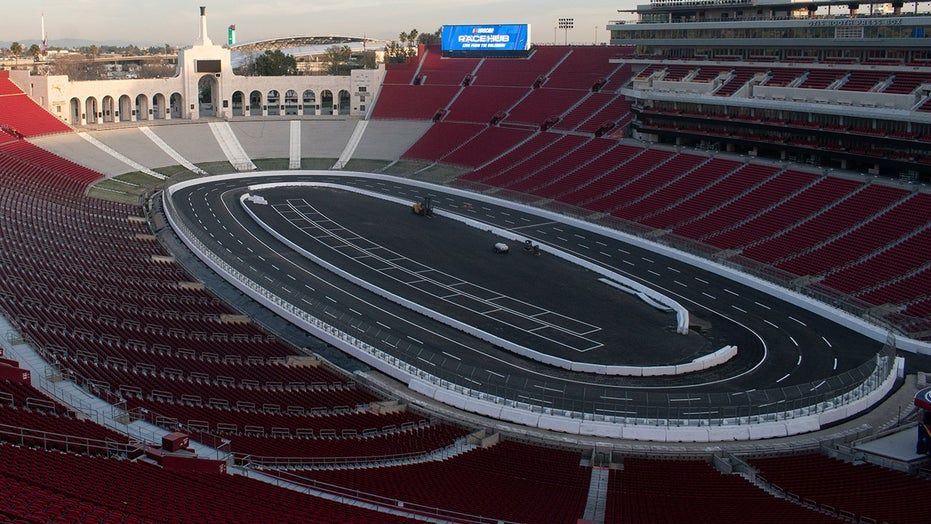 NASCAR on Fox analyst Larry McReynolds enters The Fox Garage to preview the Busch Light Clash at the Coliseum.

NASCAR is holding one of its most unusual races ever on Feb. 6 with the Busch Light Clash taking place on a temporary quarter-mile track built inside the L.A. Memorial Coliseum, but a familiar face will likely win it. 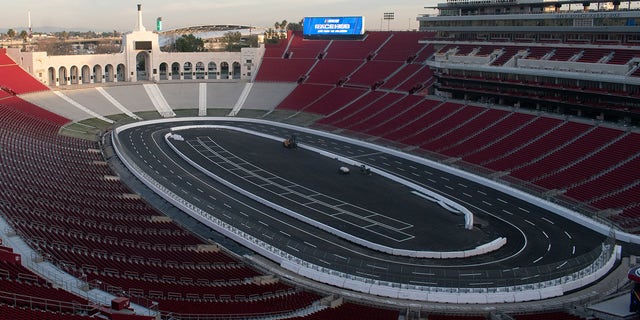 The Busch Light Clash at the Coliseum is being held on a temporary quarter-mile track.
(NASCAR)

NASCAR spent well over $1 million to build the track over the stadium’s football field and will dismantle it immediately after the event, the first it’s ever run in downtown Los Angeles.

The pre-season exhibition race will feature a 150-lap final among 23 drivers who’ll qualify through a series of six races earlier in the day.

One driver who is sure to make the field is 2021 NASCAR Cup Series champion Kyle Larson, as the driver who finished highest in the standings that doesn’t get in through the heats is guaranteed a spot in the main event. 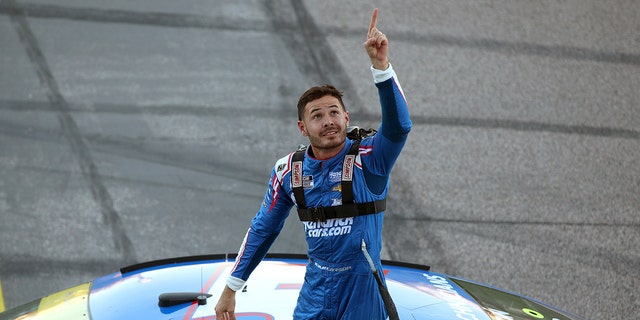 The former crew chief does think all the top drivers at this level are capable of figuring out the track and winning, however, and the FOX Bet odds for the race bear this out.

The betting line actually has Kevin Harvick and Martin Truex Jr. as the favorites with +550 odds, followed by Chase Elliot, Kyle Busch and Joey Logano ahead of Larson.

Larson is currently the odds-on favorite to repeat as champion in 2022, however, ahead of Chase Elliott and Denny Hamlin.

Practice and single-car qualifying for the Clash will be on FS2 and FS1 at 12:30 pm ET and 8:30 pm ET on Saturday, Feb. 5, while coverage of the heat races and main event will be broadcast on FOX starting at 2 pm ET.