Michigan Gov. Gretchen Whitmer said that the attacks over her trip last month to Florida were “saddening” as she was visiting her father.

“It is saddening,” Whitmer told The Washington Post Live. “It is a two-day trip. I wasn’t partying in Miami.” She characterized the trip as a “check-in” on her father who has a disease. “It was certainly not spring break.”

Michigan has faced worst-in-the-nation COVID-19 positivity rates in recent weeks, and Whitmer has laid blame on spring break travelers going to Florida. Whitmer urged people returning from the Sunshine State to work from home for a week or have their children learn remotely for a week.

Tiffany Brown, a spokesperson for Whitmer, said the trip was not at taxpayers’ expense and the governor was not away for long, according to the report. She pointed out that the governor is tested regularly for the virus and her father is vaccinated. 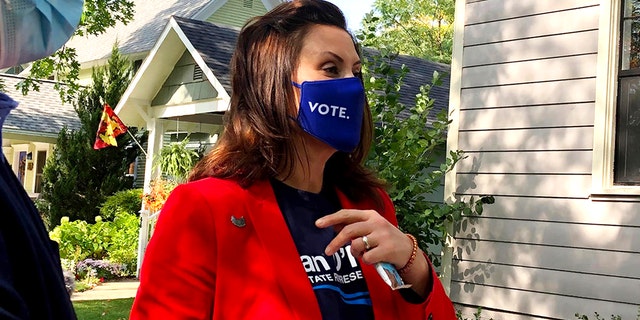 “The governor did not go on spring break, and she has not left the state in over a month,” Brown said in a statement. “In the past six months she has left the state three times, once for the inauguration, once to assist her elderly father who is battling chronic illness, and once to visit Michigan’s National Guard troops.”

Republicans in the state wasted little time to seize on the report.

Ted Goodman, the communications director of the state’s Republican Party, told FOX 2 Detroit that Whitmer’s “blatant display of hypocrisy is an insult to every single Michigander impacted by her lockdown orders and travel warnings.”

“Not only did Whitmer and her top staffers vacation to Florida, but they tried to keep it secret because for Whitmer, it’s: ‘rules for thee, but not for me,'” Goodman said.

Tricia Foster, the governor’s chief operating officer, posted photos to Facebook of herself vacationing in Siesta Key earlier this month.

“This is a partisan attack from a garbage white nationalist website,” spokesman Bobby Leddy said at the time in a statement. “Trish Foster is fully recovered from COVID and fully vaccinated.”

Michigan Department of Health and Human Services Director Elizabeth Hertel was in Gulf Shores, Alabama, according to the Michigan Information & Research Service. Gulf Shores is a popular resort destination along the Gulf of Mexico.

Whitmer told NBC’s “Meet the Press” on Sunday that cases in her state could be beginning to slow down. Health officials said Friday that the seven-day average positivity rate had dropped in recent days to 17.1%, but remained above a December peak of 14.4%.