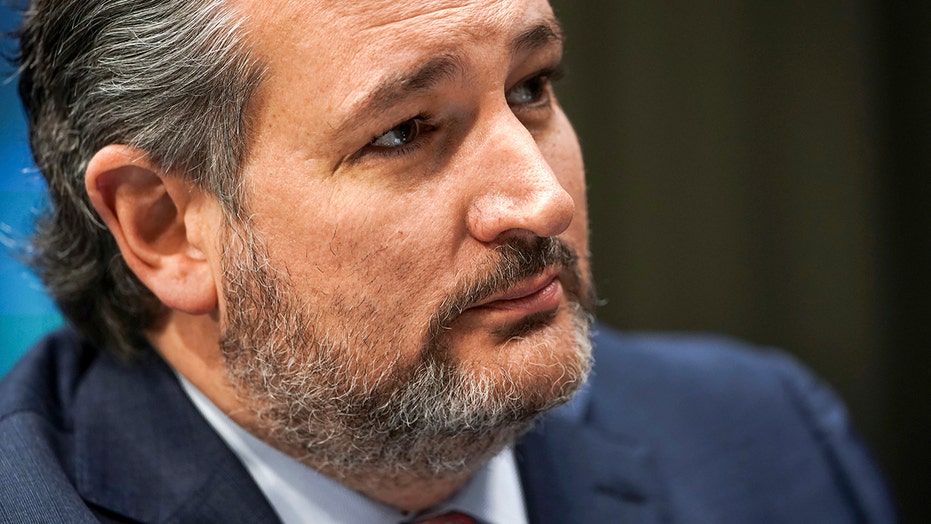 In media news today, The Daily Beast gets thrashed for saying Ted Cruz defended Nazi salutes, Biden takes no questions before jetting off to Europe, and MSNBC’s Chuck Todd and New York Times’ Kara Swisher complain about Facebook’s impact on the media

White House reporters traveling with President Joe Biden to Italy expressed frustration Friday over their lack of press access to a summit between Biden and Pope Francis.

The Vatican’s abrupt cancellation of a live broadcast of their meeting angered the media, which has had its own complaints stateside about getting access to Biden. Their discussion wound up lasting about 90 minutes.

“We’re now waiting on the Vatican’s TV production team to feed edited video from the only camera that taped Biden’s meeting with the pope. Regrettably, no independent American journalists were permitted inside,” tweeted CBS News Radio correspondent Steven Portnoy on Friday. Portnoy is head of the White House Correspondents Association. 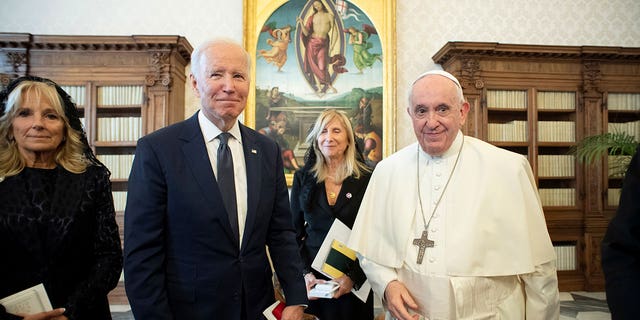 It has been common practice for the Vatican to have live television broadcasts when heads of state visit.

Washington Times White House reporter Jeff Murdock fumed the summit was an “embarrassment for the freedom of the press” and took a shot at White House press secretary Jen Psaki.

“Today’s Biden-Pope Francis summit is an embarrassment for the freedom of the press,” he wrote. “[Psaki] dodged questions about press access and then meekly hid behind the Vatican, throwing up her hands with a “don’t blame us” attitude.” 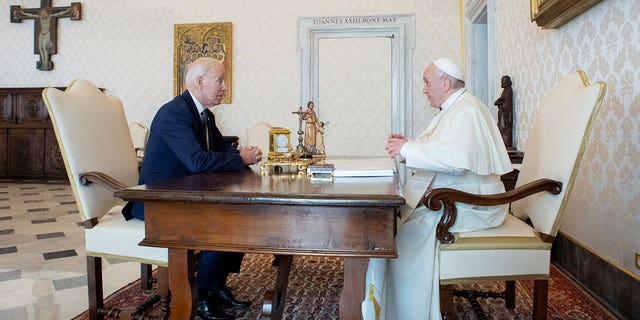 The Washington Post’s Chico Harlan rapped the “dreadful” press access for the meeting, linking to the newspaper’s coverage of a summit between President Donald Trump and the Catholic Church’s leader in 2017.

“The press access for the pope-Biden meeting is dreadful. We’ll see Biden arrive and then… nothing. The Vatican yesterday abruptly cut plans for the press to be there for the initial greeting and pleasantries,” Harlan wrote.

Biden is the second Catholic U.S. President. CNN referred to Biden, who supports abortion rights in opposition to church teachings, as the “most devout U.S. leader in decades.”

The president, following the approximately 90-minute-long meeting, a key part of his trip to Italy for the G20, told reporters details of their discussions.

Biden said that Francis told him that he should keep receiving communion and abortion didn’t come up.

“We just talked about the fact that he was happy I’m a good Catholic,” Biden said. “And I should keep receiving communion.”

An expanded meeting with Biden, cardinals and White House aides began shortly after the one-on-one meeting, according to reporters traveling with the president. 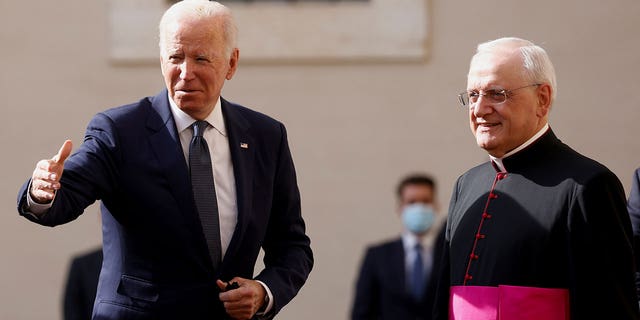 “It’s good to be back,” Biden, traveling with first lady Jill Biden, said as he arrived Friday.

“I’m not sure this is appropriate, but there is a tradition in America that the president, that he gives to warriors and leaders,” Biden said. “You are the most significant warrior for peace I’ve ever met, and I’d like to be able to give you a coin.”