Monday’s Justice Department brief in the case of Boston Marathon bomber Dzhokhar Tsarnaev was the latest in a recent string of instances where the White House has pointed to the DOJ’s independence while openly criticizing them.

The DOJ argued that the Supreme Court should reinstate the death penalty for Tsarnaev after an appeals court vacated the sentence. It was the Trump DOJ that had first pushed for this, and while the Biden White House has not interfered, they publicly disagreed with the move.

“President Biden has made clear that he has deep concerns about whether capital punishment is consistent with the values that are fundamental to our sense of justice and fairness,” White House deputy press secretary Andrew Bates told Fox News on Tuesday.

Bates went on to note that the Justice Department had not carried out any executions since 2003 until the Trump administration changed that in 2020.

“The president believes the department should return to its prior practice, and not carry out executions,” Bates said.

This comes after last week, when the Biden DOJ moved forward in pushing to take Trump’s place as the defendant in a defamation case brought against the former president by E. Jean Carroll, who claims Trump raped her in the 1990s. The DOJ had first taken this position while Trump was still president.

The Biden White House was quick to distance itself from the DOJ’s decision.

“The White House was not consulted by DOJ on the decision to file this brief or its contents,” Bates told Fox News at the time. “And while we are not going to comment on this ongoing litigation, the American people know well that President Biden and his team have utterly different standards from their predecessors for what qualify as acceptable statements.” 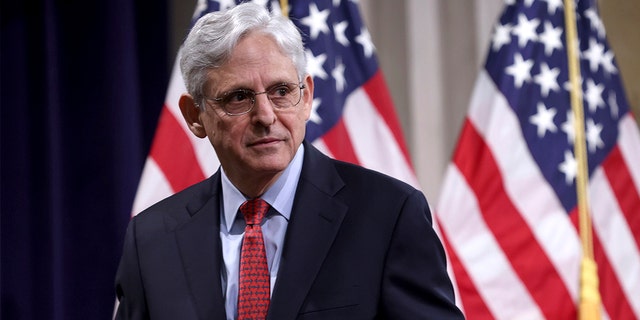 Attorney General Merrick Garland departs after speaking at the Justice Department in Washington, on Tuesday, June 15, 2021.
(Win McNamee/Pool via AP)

Also last week, Biden issued a statement after the DOJ defended the constitutionality of a provision in the Social Security Act from the Trump presidency that does not grant Puerto Rico residents with Supplemental Security Income (SSI). The president recognized why the DOJ defended the law, but made clear it went against what the current White House stands for.

“This provision is inconsistent with my Administration’s policies and values,” Biden said in his statement. “However, the Department of Justice has a longstanding practice of defending the constitutionality of federal statutes, regardless of policy preferences. This practice is critical to the Department’s mission of preserving the rule of law. Consistent with this important practice, the Department is defending the constitutionality of the Social Security Act provision in this case.”

The administration has pointed to the differences of opinion as evidence of the DOJ’s autonomy. In response to an inquiry about the death penalty, Bates referred Fox News to the DOJ for questions regarding the brief, noting that they have “independence regarding such decisions.”