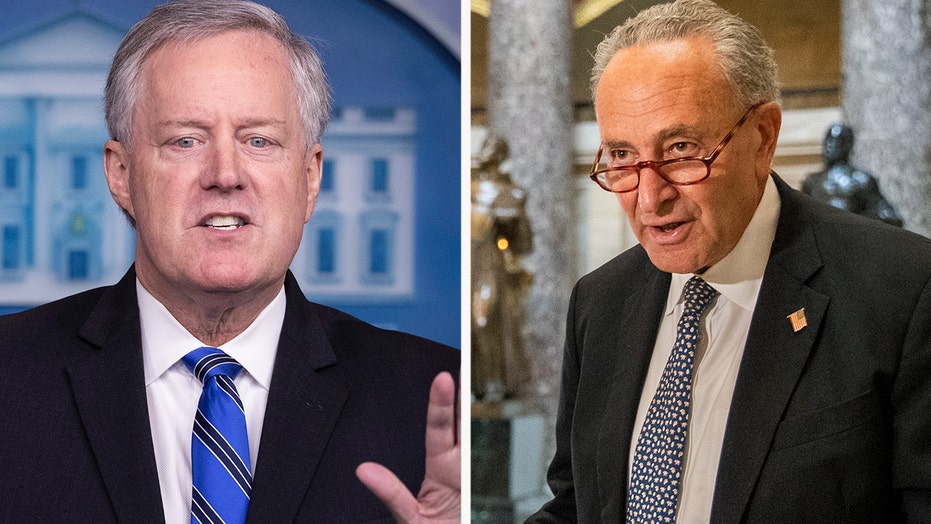 After days of closed-door coronavirus relief negotiations, Democratic leaders and White House officials are aiming to finalize a deal by the end of the week as pressure mounts on both sides to pass another round of emergency aid.

The effort to cut a deal by week's end — with the hopes of holding a vote in Congress next week — comes less than one week after several CARES Act provisions, including an eviction moratorium and supplemental unemployment aid, expired, dealing a major financial blow to the millions of Americans who lost their jobs during the pandemic while raising the stakes for lawmakers to provide more relief.

“We did try to agree to set a timeline,” Treasury Secretary Steven Mnuchin said Tuesday. “We're going to try to reach an overall agreement, if we can get one, by the end of this week.”

The agreement on a timeline followed a meeting between Mnuchin, House Speaker Nancy Pelosi, Senate Minority Leader Chuck Schumer and White House chief of staff Mark Meadows, the four of whom have been meeting almost daily for the past week.

It's unclear what the specific concessions are, although the Trump administration offered to extend a freeze on evictions through the end of the year.

Still, hurdles remain in securing a compromise between the two parties.

One major point of contention in negotiations is whether or not to continue boosting unemployment benefits by $600 a week. Democrats have maintained the sweetened benefits need to be extended through the end of the year and have made it a key sticking point; Republicans have argued that it disincentivizes Americans from returning to their jobs, and have instead proposed a $200-a-week replacement until states could adopt a more complicated system that would cap the aid at 70% of a worker's former salary.

During an interview with PBS, Pelosi suggested that Democrats would not budge on the $600 figure, saying that "there's no in between."

On Tuesday, Senate Majority Leader Mitch McConnell signaled that he would support continuing the $600 checks, so long as President Trump backed the measure. But he noted that many Republicans would likely not vote for the final stimulus legislation if it restores the unemployment aid.

NEARLY HALF OF US JOBS LOST TO CORONAVIRUS COULD BE GONE PERMANENTLY, POLL FINDS

"We know this is going to be a negotiated settlement," McConnell said. "It's not going to produce a kumbaya moment like we had back in March and April where everybody voted aye. But the American people, in the end, need help."

Most members of the House have left Washington for their August recess and will not return until there is a package to vote on; the Senate is scheduled to leave on Friday, although several members have suggested they may have to postpone the break if a deal is not reached by midweek.

Trump has also suggested that he may act unilaterally if lawmakers are unable to close the divide between Senate Republicans' $1 trillion package and House Democrats' $3 trillion proposal, which they passed in May.

“A lot of people are going to be evicted, but I’m going to stop it because I’ll do it myself if I have to,” Trump told reporters at the White House this week. “I have a lot of powers with respect to executive orders, and we’re looking at that very seriously right now.”