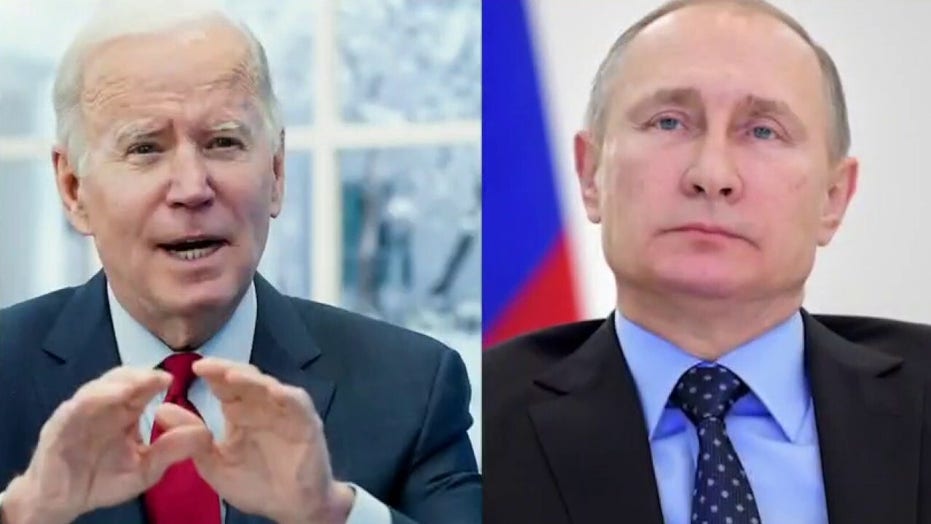 ‘The Big Weekend Show’ panel weighs in as inflation soars to another 40-year high.

Senior U.S. military officials pushed for additional special operations personnel to be sent to Ukraine in the lead up to Russia’s invasion of Ukraine, but the request was denied amid White House fears it could provoke Russia, according to a report.

As Russia stationed about 100,000 troops on its border with Ukraine last year, U.S. military officials told lawmakers in December that a “few hundred” additional special operations personnel should be sent to the country to assist with military advice and training, Politico reported Sunday.

The personnel would have trained Ukrainians on guerrilla tactics and unconventional warfare methods. The training would have been different from the formal training at the Yavoriv Combat Training Center in western Ukraine, sources told the outlet.

Defense Secretary Lloyd Austin even planned to bring the matter directly to President Biden for approval, a pair of people familiar with two December briefings with lawmakers and congressional aides told Politico. 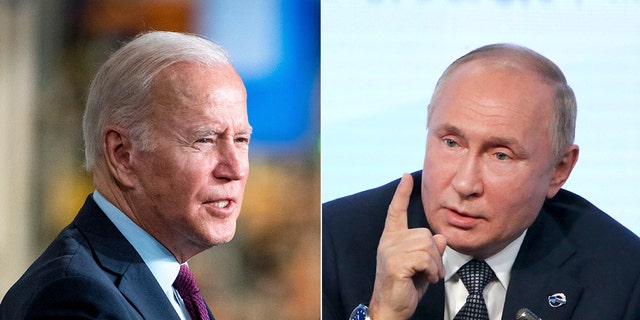 DETROIT, MI – NOVEMBER 17: U.S. President Joe Biden speaks at the General Motors Factory ZERO electric vehicle assembly plant on November 17, 2021 in Detroit, Michigan. Biden was in town to tout the benefits of the infrastructure bill he signed two days ago that allocates $1 trillion for, among other things, adding electric vehicle charging stations around the country as companies like GM retool away from the internal combustion engine.  ____ SOCHI, RUSSIA – OCTOBER,21 (RUSSIA OUT): Russian President Vladimir Putin speaks during the Valdai Discussion Club’s plenary meeting, on October,21,2021, in Sochi, Russia. Vladimir Putin took part in the annual meeting of political scientists on foreign policy held in the Black Sea resort of Sochi.
(Photo by Nic Antaya/Getty Images  |   Photo by Mikhail Svetlov/Getty Images )

White House officials, however, were reportedly concerned that the deployment of additional personnel would hamper diplomacy efforts and escalate the situation. The plans were stopped in response to those fears, according to a congressional official familiar with a briefing delivered by a Pentagon official to the Senate Armed Services Committee.

“This is part of a larger story in which the White House pulled its punches in the lead-up to the conflict, when we already saw that the Russians were amassing troops,” Ilan Berman, a senior vice president of the American Foreign Policy Council, told the outlet. “Based on either incorrect assumptions about what Vladimir Putin wanted to do or based upon worries about provoking Putin — he didn’t need any provoking! — it’s one example of these calculations leading to a more passive approach than we could have taken.”

The White House said that “no such plans” for the training missions “were ever presented” to the White House or the National Security Council, according to the outlet. A Defense Department spokesperson added that the White House did not “cancel any planned training activities for Ukraine until U.S. forces were repositioned in February.”

The White House did not immediately respond to Fox News’ request for comment.

A Russian missile strike targeting the Yavoriv Combat Training Center, which sits near the Poland border, left at least 35 dead Sunday and wounded more than 100 others, according to Ukrainian officials.