While Mr Guscic would not comment on Australia’s much-debated approach to its international border, he noted there had been an “incredible surge” in bookings from England this week after the country lifted an overseas travel ban and replaced it with a “traffic light” system guiding where people could travel. 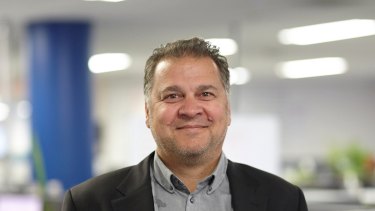 “We’ve seen significant long-lead time bookings for markets that are currently amber, where they’re making a prediction they will go to green,” he said. “We’re seeing people book now in May for September – we didn’t see that level of optimism in April.”

New Zealand has also put a traffic light system in place for its travel bubble with Australia. Mr Guscic said these types of frameworks would “absolutely” be essential to give customers confidence making travel plans.

The ASX-listed group said on Wednesday that flight bookings made on its Australian direct-to-consumer website bounced back to 95 per cent of pre-COVID levels in April after it won market share following the mass closure of physical travel agent shopfronts during the pandemic.

Webjet’s market share had grown from about 5 per cent pre-COVID to 14 per cent in April, the company said. However, the group’s global hotel room wholesale business WebBeds was taking longer to recover, with bookings back to only around 14 per cent of pre-COVID levels.

Mr Guscic said lockdowns and travel restrictions in many key markets were dragging on the business. But he noted that the US, which was the most open market it operates in, was now back to 83 per cent of pre-COVID levels.

‘It’s highly variable and I’m not prepared to put a time frame out there.’

While its online travel and car hire sites were back to profitability, Mr Guscic could not say when the group as a whole would break-even given that would depend on when travel restrictions lifted across all its major markets.

“Those markets opening up… it is an unknowable event,” he said. “It’s highly variable and I’m not prepared to put a time-frame out there.”

RBC Capital Markets analyst Tim Piper said that Webjet’s online booking business continued to benefit from strong domestic travel demand, but WebBeds “remains the drag and will now be the key swing factor in the pace of the earnings recovery”.

“There may be some disappointment … given the improving trends being seen in hotel occupancy rates globally, however, we note WebBeds has limited domestic bookings leverage and lower leverage to last-minute bookings,” Mr Piper said.