The head of the Border Patrol union slammed Vice President Harris on Sunday morning for advocating for migrants and, in turn, “advocating for lawlessness” that has extended into other parts of the country.

Just days after Harris concluded her trip to Latin America – her first foreign trip since taking office – she has faced persistent questions about her decision not to visit the U.S.-Mexico border. To date, neither President Biden nor Harris has visited the border.

Speaking to Fox News’ Maria Bartiromo on “Sunday Morning Futures,” National Border Patrol Council president Brandon Judd said Harris “can’t go to the border – if she goes to the border, she’s going to be expected to solve this problem.” 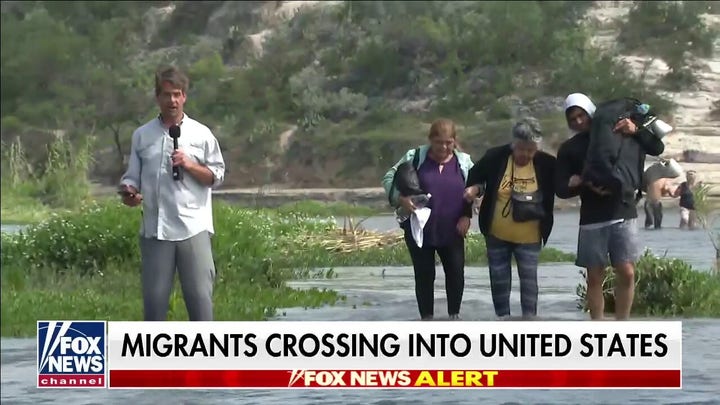 Instead, while Harris was in Guatemala City, she told those thinking of making the journey to the U.S.: “Do not come.”

He added: “All of this lawlessness is existing because she advocates for lawlessness.”

Earlier this week, immigration officials said border agents made 180,034 apprehensions on the Mexican border in May. There were 178,854 a month earlier.

Total encounters are near 20-year-highs, though they aren’t directly comparable because expulsions under pandemic-related powers that deny an opportunity to seek asylum carry no legal consequences, encouraging people to make repeated attempts.

Judd also told Bartiromo that the immigration crisis is “a man-made disaster, and it’s a disaster that was, that’s been made by this current administration.”