EXCLUSIVE: Sen. Ted Cruz is endorsing Republican candidate for Virginia governor Glenn Youngkin and will campaign with him during the final stretch of the GOP contest in the state, Fox News has learned.

In a video message exclusively obtained by Fox News, Cruz said Youngkin is “the best chance Republicans have of winning Virginia this year,” urging Republican voters to support him during the GOP convention on May 8.

“Glenn is pro-life. He’s a gun owner. He’s a defender of religious liberty,” Cruz said. “If you’ve ever spent time with him, you know that he’s the real deal. A Christian, a family man who has his priorities straight, and a guy with common sense.”

Youngkin told Fox News that Cruz’s endorsement is “such an honor.” 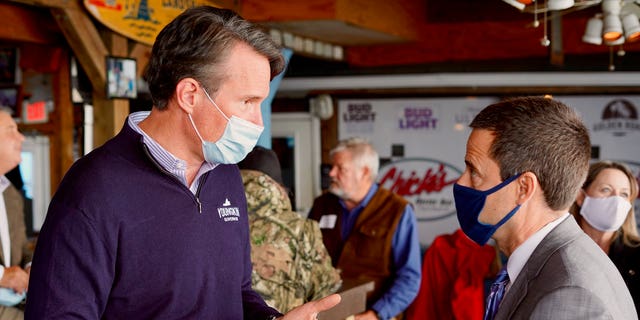 Former Carlyle Group co-CEO Glenn Youngkin talks to Virginia voters as he competes for the state’s gubernatorial nomination. Courtesy of the Youngkin campaign

“We’re running the most dynamic grassroots campaign Virginia has ever seen, and it’s going to be a lot of fun to have him join me on the trail in the final days,” Youngkin said. “Republicans in Virginia are unifying behind us as more and more realize that unlike the party insiders and political hacks, I’m a leader they can trust who will win in November.”

Youngkin told Fox News that he “can’t wait to get to work for the people of Virginia and deliver conservative solutions as governor.”

Meanwhile, earlier this month, Youngkin announced that he would not accept a salary as governor and, instead, would donate his paycheck to charity.

Republicans across the state will select their gubernatorial nominee at the GOP convention on May 8.

Virginia hasn’t had a Republican governor since 2014 and hasn’t voted for a Republican presidential candidate since 2004.

Democrats will decide their gubernatorial candidate in a primary election on June 8.