Youngkin, who left The Carlyle Group in January after amassing an estimated $300 million net worth during his 25 years at the firm, won the GOP nomination for Virginia's highest office in May. Now, he said, he's ready to turn Virginia red in his battle against McAuliffe, who previously held the office from 2014 to 2018.

"There is a revolt against the way our schools have been managed comprehensively, and critical race theory is a big part of it," Youngkin told Larry Kudlow. "We've actually seen the McAuliffe-Northam administration try to teach our children what to think, and we know that our schools are supposed to teach our kids how to think," he added, linking McAuliffe to current Democrat Virginia Gov. Ralph Northam. 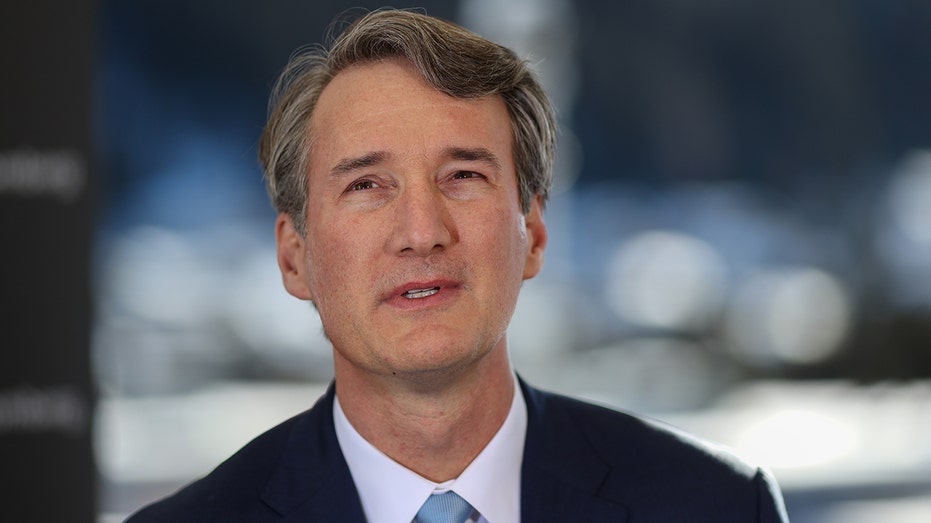 KUDLOW: CLIMATE CHANGE EXTREMISM WILL DO THIS GREAT COUNTRY OF OURS ENORMOUS HARM

"But on top of that," Youngkin continued, "when McAuliffe was governor, he lowered the standards for all the schools in Virginia, such that…our kids are actually held to the lowest standards in math from around the country and guess what: Virginia kids are falling behind."

"So we watched critical race theory come into our schools and try to divide our children based on seeing everything through a lens as opposed to the content of their character," Youngkin said. "We watched our schools stay closed on an extended basis. It disadvantaged all of our kids and so many parents – particularly women – who had to drop out of the work force. And we watched leadership out of Richmond, from Terry McAuliffe to Ralph Northam, not care about our kids and care more about the education unions who are the largest donors to his campaign."

The wealthy Loudoun County Public Schools district in northern Virginia has made headlines in recent months, facing enormous backlash from parents upset over critical race theory, its "pornographic" book selections for high school freshmen, and its termination of a gym teacher for his refusal to follow the district's policy requiring faculty and staff to refer to transgender students by their preferred pronouns. The school board is still battling the last issue in court, after a judge said the gym teacher must be reinstated.

"This is what you get with Terry McAuliffe," Youngkin told Kudlow. "And that's why so many parents in Virginia – not just in northern Virginia – but in Virginia Beach, and Hampton Roads and in greater Richmond and across this great commonwealth, are all coming together saying ‘we must save our schools.'"

The businessman also touted his platform of lowering the tax burden on Virginians, and said that his message is resonating with voters.

Youngkin told Kudlow, "Even The Washington Post said that I had a surprisingly good chance of winning this year."