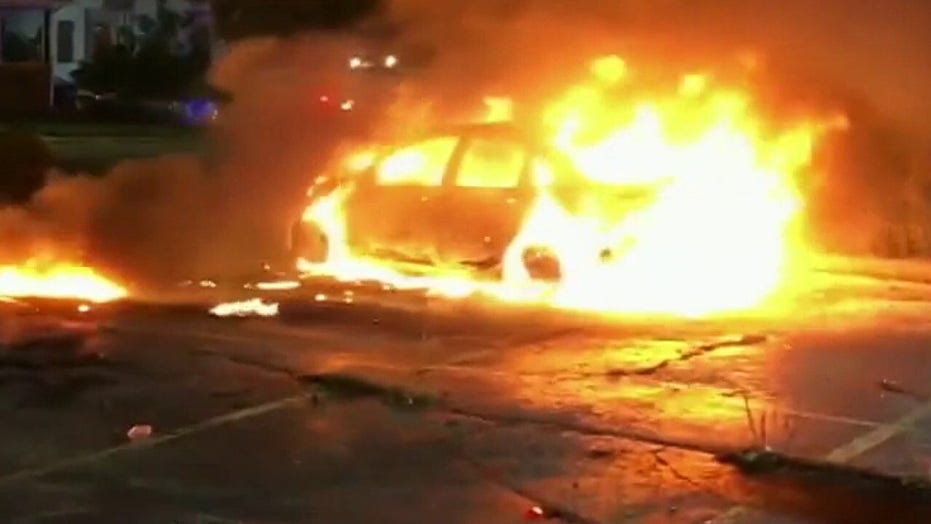 Trump crticizes Biden, Democrats for ignoring violence in US cities

“Dem leaders and their allies in the media cheered on the violent left every step of the way,” Trump Jr. wrote to accompany the video made by conservative website Caldron Pool that kicked off with House Speaker Nancy Pelosi, D-Calif., asking why there aren’t “uprisings all over the country.”

"Morning Joe” regular Donny Deutsch was shown declaring that “people need to start taking to the streets” and Rep. Ayanna Pressley, D-Mass., was shown making a similar claim during a recent MSNBC appearance.

“There needs to be unrest in the streets for as long as there’s unrest in our lives,” Pressley said.

CNN’s “Cuomo Prime Time” namesake Chris Cuomo was shown asking where it says that protesters are supposed to be polite and peaceful, followed by TBS’ Samantha Bee famously referring to Ivanka Trump as a “feckless c—t.”

Johnny Depp is then shown asking, “When was the last time an actor assassinated a president?”

Kathy Griffin’s infamous photoshoot, in which she posed with a mock severed head of Trump, is shown along with rapper Snoop Dogg using a toy gun to shoot a clown resembling the president.

“I have thought, an awful lot, about blowing up the White House,” Madonna said, while Rep. Maxine Waters, D-Calif., was shown urging supporters to harass members of the Trump administration.

While some of the clips shown in the video are recent, others are from the early stages of Trump’s presidency, before violent protests began as a result of George Floyd’s death in police custody this past May.

Portland, Chicago, Seattle, New York and Washington, D.C., are among the major American cities that have been rocked by violence in recent weeks. Violent clashes between a massive pro-Trump caravan that drove through Portland and protesters left at least one person dead in a shooting Saturday evening.