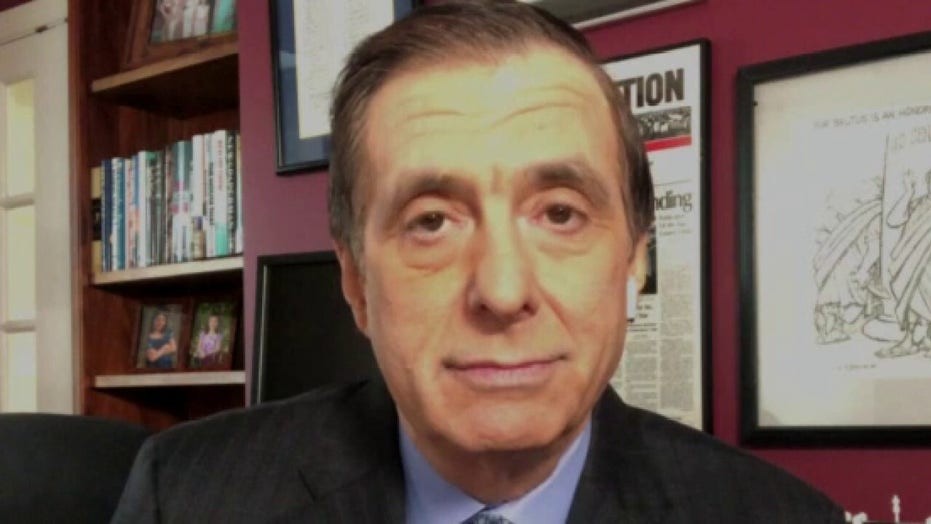 The top House impeachment manager had barely uttered a few sentences when, like an anchor tossing to a taped report, he went to the video.

And the video was the strategy for convicting Donald Trump, at least with the television audience. The medium was the message.

Maryland Rep. Jamie Raskin spoke yesterday about a “January exception”—the notion that if a president commits an impeachable offense in his final weeks in office, “you do it with constitutional impunity. You get away with it.”

That effort at neutralizing the Trump lawyers’ argument, that the Senate cannot convict a private citizen, was a mere prelude to video that the Democrats had packaged in documentary style.

And though we have all seen some of it, and were expecting it, the footage was powerful in bringing back the sheer horror of Jan. 6.

The video did not, could not, prove Trump’s guilt. But the images were so chilling they recreated the fear that the insurrection could have turned into a massacre.

It began with the defendant telling a rally that “we will stop the steal,” “we won it by a landslide,” “we’re going to walk down to the Capitol” and “I’ll be there with you.” Trump did not go, but a massive crowd did.

Suddenly we saw people shouting “take the building!” The Capitol barricades were breached. “F— these pigs!” The president was still talking: “Fight like hell. And if you don’t fight like hell, we’re not going to have a country any more.” Pressure the “weak” Republicans to “take back our country,” even as Congress was attempting to certify Joe Biden’s Electoral College victory.

And Trump delivered this telling line: “I hope Mike has the courage to do what he has to do.”

We saw the thugs breaking windows, battering doors, and pouring through the Capitol hallways.

WHY BIDEN IS KEEPING HIS DISTANCE FROM THE TRUMP IMPEACHMENT

It was then that Trump, at the urging of White House aides, released a video—but he still talked about election “fraud.” He urged the rioters to stop, but added: “We love you. You’re very special.”

That was the Democratic case: that even as these criminals invaded the citadel of our democracy, even as they tried to hunt down his vice president, Trump professed his love for them.

The tone shifted sharply when Trump lawyer Bruce Castor began the defense. He tried to be a folksy country lawyer, but his rambling remarks made him sound like someone with 10 minutes of material who had been ask to speak for an hour. This is not a commentary on the quality of his argument, but on his meandering search for a theme.

Castor talked of growing up listening to Everett Dirksen, of his respect for the body, how he was proud to know Pennsylvania’s senators. He spoke of Athens, Rome and the Federalist Papers. He said senators have some obligation to be partisans. He said he came to Washington a couple of days earlier “to figure out how to find my way around.” It sounded like he was still working on that.

Castor ultimately argued that if Americans—meaning Trump—are punished for exercising free speech, “the floodgates will open.”

Trump’s second lawyer, David Schoen, was more forceful, though he oddly began by saying he wanted to cry over the spectacle. What the trial was really about, he said, was a majority of Democrats “do not want to face Donald Trump as a political rival in the future.”

But the trial was unnecessary, Schoen insisted, because “the people just spoke.” The voters decided to replace Trump with Biden, so no removal was necessary. The irony of this argument, of course, is that Trump does not accept that the voters decided to toss him out, as his rhetoric on Jan. 6 made clear, even though these attorneys were conceding that on his behalf.

Schoen scored some rhetorical points. He said the former president had been deprived of due process by the rushed House vote and because the chief justice isn’t presiding over the trial. He played clips of Democrats calling for Trump’s impeachment as early as 2017.

The trial settled into arguments over historical precedents, constitutional imperatives and such concepts as “bill of attainder,” the sort of debate that law professors love.

But there is no question that the 13-minute video of the Capitol carnage packed the day’s most powerful punch.

And yet, even though the Senate jurors lived through that horror, there remains no chance that Trump will be convicted.