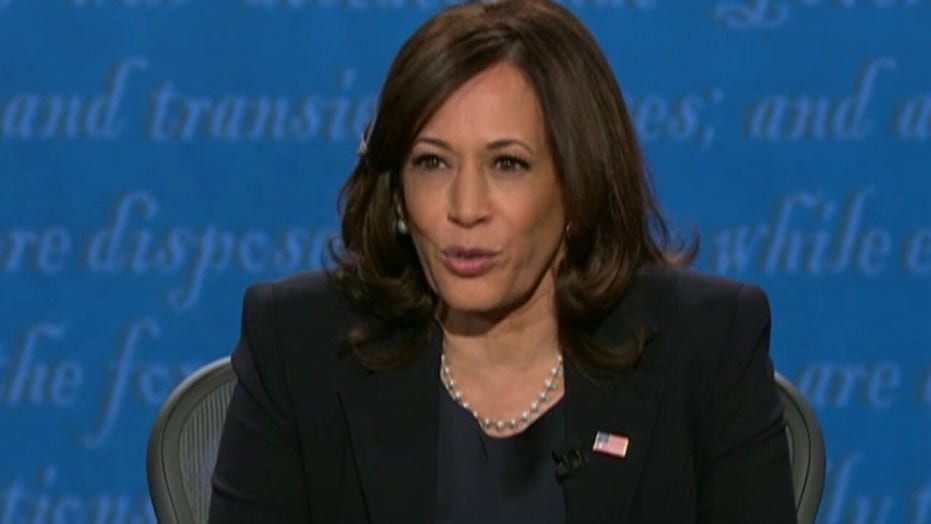 ABC News published a lengthy feature that claimed to fact check Wednesday’s vice presidential debate between Mike Pence and Sen. Kamala Harris, but the Disney-owned network only bothered to scrutinize one of the candidates.

The piece, “Fact-checking the 2020 vice presidential debate between Mike Pence and Kamala Harris,” promised to review “what both candidates said” but went on to examine only Pence’s comments. 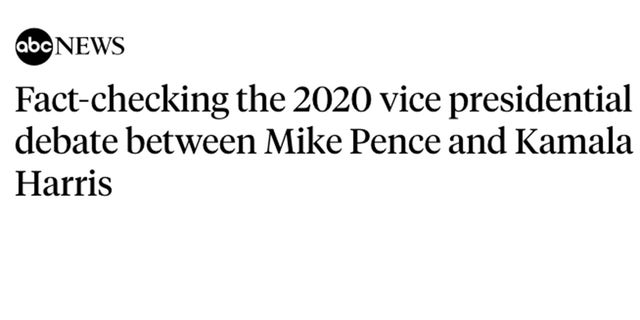 ABC News promised to fact check “what both candidates said” and went on to examine only Vice President Mike Pence’s comments.

The sections of the one-sided “fact check” were headlined:

In total, ABC News fact-checked 12 different moments from the debate and all of them were examining Pence.

ABC News did not immediately respond to a request for comment. 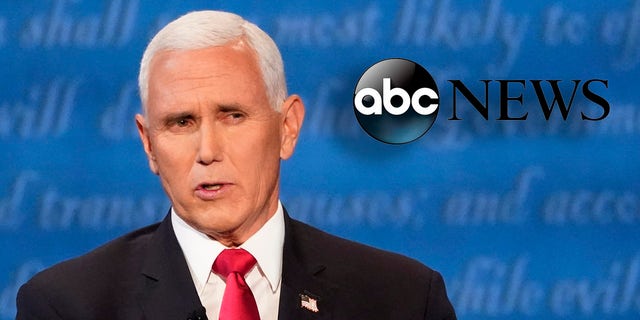 ABC’s “Fact-checking the 2020 vice presidential debate between Mike Pence and Kamala Harris,” promised to review “what both candidates said” but went on to examine only Pence’s comments. (AP Photo/Julio Cortez)

“I can't tell if the fact-checkers at ABC are actually working for the Biden-Harris campaign or not with this article,” political satirist Tim Young told Fox News. “It reads like a talking points memo directly from Democrats.”

Young said “there were many moments where Harris clearly needed to be fact-checked" during the debate, which should have been included in any objective piece. Even liberal CNN managed to find things to fact check Harris about.

CNN noted that Harris was “misleading” when she claimed President Trump called coronavirus a hoax, and that she wasn’t accurate when saying Trump got rid of the White House pandemic office. CNN also noted that she lacked context by stating that one in five businesses have closed amid the coronavirus pandemic and that it was false to suggest America is in a manufacturing recession.

“But I guess in the left-leaning, biased minds of ABC News she’s just perfect,” Young said.

Related News:
Business News:
Online disrupts India’s wholesale business
Fauci says Christmas and New Year’s restrictions will be necessary due to holiday coronavirus wave
COVID-19 vaccine success is cause for optimism but the rollout may take years in poorer countries. Here are the major challenges they face.
China seizes £2.5billion of Bitcoin as Beijing set to ‘dominate’ future global economy
Pope Elevating 13 New Cardinals, Including America’s Wilton Gregory
Recent Posts
This website uses cookies to improve your user experience and to provide you with advertisements that are relevant to your interests. By continuing to browse the site you are agreeing to our use of cookies.Ok