Th e 2020 Jeep Wrangler EcoDiesel is the most fuel-efficient Wrangler ever, but can it handle the rough stuff? Fox News Autos editor Gary Gastelu took it into the woods to find out.

Jeep is bringing out the big guns to battle the upcoming rebooted Ford Bronco in the form of the most powerful Wrangler SUV it’s ever built. 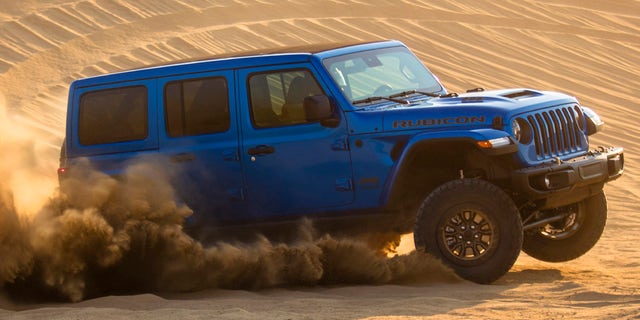 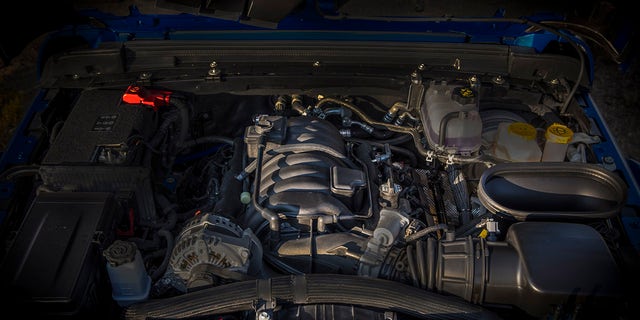 But the Rubicon 392 isn’t all about the motor. The four-door model features a reinforced frame, beefed-up suspension system, heavy-duty brakes and a 2-inch lift kit and high-performance Fox shock absorbers. Jeep says it can accelerate to 60 mph in 4.5 seconds and has a 4WD high setting that locks the rear differential for high-speed driving on loose surfaces. 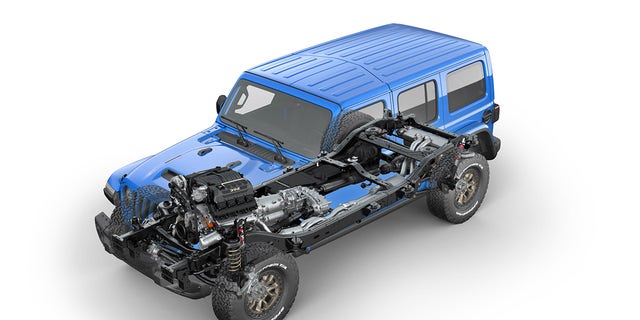 It’s also been equipped with a unique Hydro-Guide system that uses a series of ducts and drains to channel up to 15 gallons of water away from the air intake, in case the hood is flooded by waves when you’re taking advantage of the Rubicon 392's 32.5-inches of water fording capability. A secondary air intake has been incorporated into the hood so the engine can still breathe if the main intake is clogged with mud or snow. 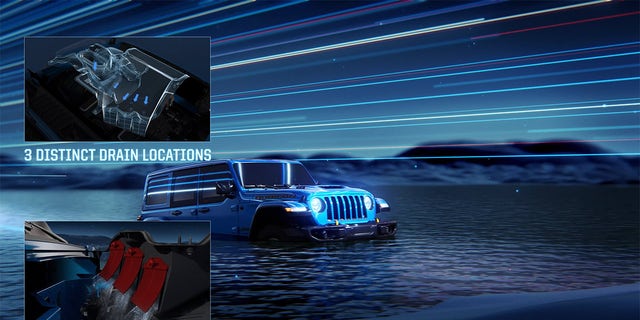 Pricing for the Rubicon 392 will be announced closer to when it goes on sale early next year, but it comes standard with 17-inch beadlock capable wheels, leather upholstery, a body-color hardtop and fender flares, adaptive cruise control and other options that would push the price of a V6-powered Rubicon over $55,000.