The Pittsburgh-based company will receive $199.5 million under the new fixed-price contract, which tasks the company with building and testing a lander spacecraft that can ferry NASA’s robotic rover, VIPER, to the lunar surface.
After the VIPER rover launches into space aboard a rocket, Astrobotic’s lunar lander, called Griffin, will carry VIPER on the last leg of its 239,000-mile trip, taking it from orbit to a soft landing at the Moon’s south pole. (NASA and Astrobotic said Thursday that they have not yet decided which rocket will be used for this mission.)

Landing on the moon is no simple task. Throughout history, only three governments have ever developed vehicles that landed softly on the moon: The United States, China and the former Soviet Union. And NASA hasn’t sent a mission to the lunar surface — with robots or humans — since the Apollo program, which ended in the 1970s.
VIPER, which stands for “Volatiles Investigating Polar Exploration Rover,” will be a 1,000 pound four-wheeled rover that will spend 100 days on the Moon searching for water ice. Learning to find and harvest ice on the Moon could be transformative for space exploration — and for commercial companies that see outer space as a prime place to do business.

Water ice can be converted into drinking water or oxygen that could be essential for establishing a long-term human presence on the Moon. Water can also be converted to rocket fuel by separating the hydrogen and oxygen molecules, allowing NASA or a commercial company to set up a rocket fueling outpost that could allow vehicles to explore deeper into the cosmos.
It’s been nearly half a century since a US-made spacecraft — robotic or crewed — has landed on the lunar surface. NASA has been heavily focused on hastening the return of lunar exploration under the directive of Vice President Mike Pence, who said last year that the space agency should return humans to the moon by 2024 “by any means necessary.” 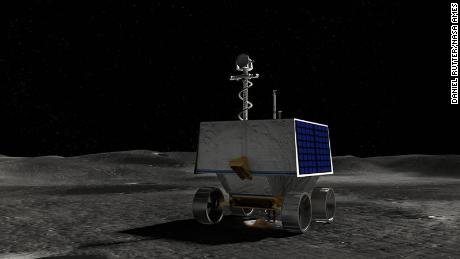 That timeline has been widely criticized as unrealistic, given that much of the hardware astronauts need for the journey does not yet exist. NASA Administrator Jim Bridenstine insists it can be done.
A key part of the space agency’s plan is to rely extensively on public-private partnerships to spur innovation and cut costs. The space agency is handing out fixed-price contracts to commercial companies to take over much of the development process for various vehicles, including lunar landers. That’s a far different approach than NASA took during its previous lunar programs, including Apollo, the space agency worked with private corporations but kept much of the design and testing processes in-house.
NASA’s efforts to expand commercial partnerships to the Moon could build on the success of more recent fixed-priced contracts. Most notably, Elon Musk’s SpaceX last month became the first company ever to carry astronauts to the International Space Station aboard a privately owned spacecraft, which was built under NASA’s Commercial Crew Program.
Jeff Bezos’s rocket company, Blue Origin, and SpaceX are among the companies competing for a contract to build a crew-worthy lunar lander. 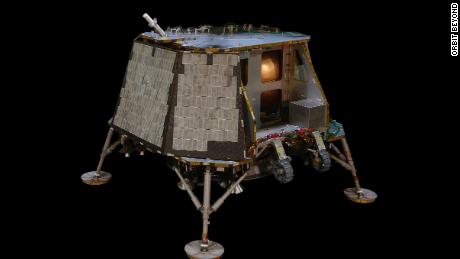 Astrobotic’s lunar lander is designed only to carry robots and other cargo. But this mission is a key part of a series of science and exploration missions NASA hopes to carry out in the years before astronauts return to the Moon.

Under previously awarded contracts, two US moon missions could happen next year. Astrobotic plans to carry cargo to a crater on the near side of the moon, and Houston-based Intuitive Machines could carry five payloads to Oceanus Procellarum, the massive dark spot on the near side’s western edge.
California-based startup Masten Space Systems also has a contract to deliver several test instruments to the Moon’s south pole in 2022. The space agency hopes that NASA can prove out the effectiveness of VIPER’s water-hunting technology before sending the full rover to the Moon.
Source: Read Full Article