How does China’s military stack up against America’s?

China’s recent displays of military activity and development have alarmed members of Congress and the Pentagon alike, but according to a former Reagan administration official, no one in office today has the right approach to keeping China at bay.

According to physicist and former Defense Intelligence Agency official Michael Sekora, the recent news that China is believed to have been testing hypersonic missiles has left current and former American officials citing it as the latest example of the U.S. falling victim to its own errors.

“They think we’re in an R&D foot race with China,” Sekora told Fox News, pointing to how the U.S. has supposedly been out to find a “silver bullet” solution that would give it an edge over its eastern rival. The latest silver bullet had been hypersonic vehicles, he said, and having failed at that, “the next silver bullet is AI.”

Indeed, former Air Force chief software officer Nicolas Chaillan has said that “probably the only way to succeed at defending ourselves against [China] will be through artificial intelligence capabilities,” but that the U.S. “is running out of time” to catch up in that race with China. 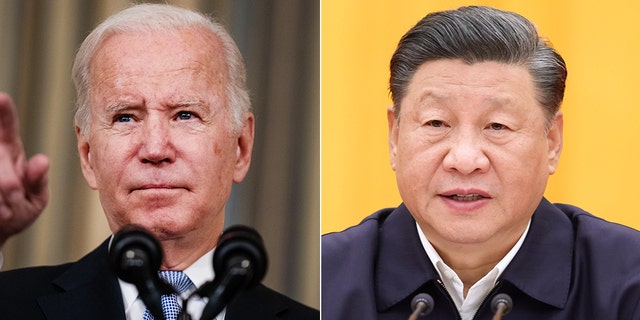 Sekora said the U.S. will not be able to catch up to China, no matter how much money is poured into research and development, until the administration adopts a different national technology strategy. Currently, he said, the U.S. employs finance-based planning, which he said boils down to, “We are going to spend more money than they are.”

“Which is exactly what China wants,” Sekora said.

Instead, Sekora has been pushing for technology-based planning, which countries like China, Russia, Japan and India have used to grow at tremendous rates.

In the 1980s, Sekora was the director of Project Socrates, a DIA initiative that looked to exploit existing technologies to keep the U.S. ahead of the rest of the world. The program was shuttered in 1990 after the end of the Reagan administration and as the Cold War was drawing to a close. Before that happened, Sekora worked on Reagan’s Strategic Defense Initiative, commonly known as “Star Wars.”

Project Socrates was the result of the Reagan administration believing that a return to a tech-focused approach – overseen by the government – would help counter the Soviet Union. It involved a system that included a program that mapped out existing technologies and identified competitors while playing the “what-if game” to predict how the tech environment might develop.

Sekora explained that technological advances occur when two existing technologies combine, and Socrates was to be used to create what he called “automated innovation.”

According to Sekora, the U.S. has been at a self-imposed disadvantage due to a finance-based planning economic strategy that focuses on maximizing profits in the short-term rather than producing the best products to establish long-term market dominance. Instead of focusing on developing and acquiring the best technologies, the government focuses on dollars and cents.

He said this has been the case since the time following World War II, when the U.S. lacked serious global competition.

“We spend more money, we get further in debt, we don’t get a competitive advantage, and the cycle repeats,” Sekora said. Meanwhile, China is “laughing their ass off.”

“Technology-driven decision-making is an essential part of our defense modernization. Current incentives in the Pentagon lead to less innovation and more bureaucracy,” Rogers said in a statement to Fox News. “Even a single failed test of a new technology can have serious consequences on officers’ careers. This attitude smothers innovation and reinforces using the same old ‘proven’ technologies that don’t meet modern threats.”

This, however, is not enough, Rogers said, adding that “exploiting technological advantages means keeping key parts of those technologies from our adversaries.”

Lax export controls, weak research security and commercial entanglement with China mean that U.S. technological advances often land in Beijing’s hands long before they make it to the Pentagon,” Rogers said. “We need a whole-of-government approach to make these changes a reality.”