The Chancellor Rishi Sunak announced the temporary uplift, worth £1,040 per year, to Universal Credit and Working Tax Credit in March last year, in response to the coronavirus pandemic. As the covid crisis rages on, millions are no doubt left wondering whether the one-year boost will come to an end as planned this year.

Pressure is mounting on the Government to confirm what will happen to the uplift come April, amid calls to extend the increase.

The Labour Party has triggered a debate on the matter in the House of Commons today, as the Government are urged to keep the increased payments in place.

The cost of the measure is around £6billion per year.

While the position of whether there will be an extension to the temporary measure has not been announced, the Government has confirmed an inflation-motivated rise of 0.5 percent in April 2021. 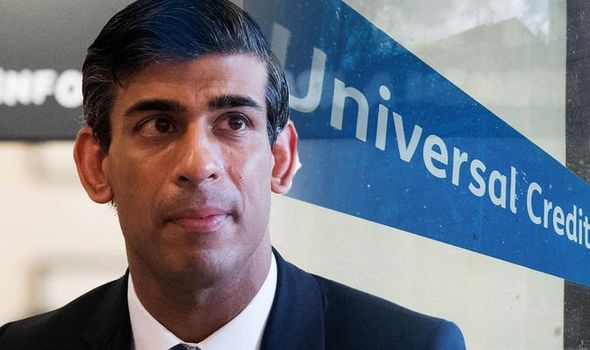 However, it has been suggested the Chancellor could cut the temporary measure as planned, resulting in a £1,040 per year reduction to the Universal Credit standard allowance.

The Joseph Rowntree Foundation has warned cancelling the uplift would push 200,000 more children into poverty.

In an effort to draw a line under the row, Mr Sunak has drawn up plans to give a one-off payment of £500 or perhaps £1,000 to all Universal Credit recipients, the Financial Times reports.

Last month, Express.co.uk spoke to Will Quince, the Parliamentary Under Secretary of State at the Department for Work and Pensions (DWP), about Universal Credit, and the one-year uplift, during an exclusive interview.

Asked whether the Government would commit to an extension of the measure, he said: “I think the Chancellor has been clear that he hasn’t taken the decision and all options are on the table.

“But he initially brought in what was a temporary measure for 12 months and he’s been clear, and I think he said this as such in the recent statement as part of the Spending Review, that in the early part of the new year, he’s going to review this in the broader context and then make a decision.”

Mr Quince added: “But what I would say is, both myself and indeed the Secretary of State for Work and Pensions are working really closely with the Treasury, discussing all of these issues.