Financial records filed to the corporate regulator earlier this year reveal that Compass Group, one of the world’s largest foodservice companies, was eligible for $32.3 million in JobKeeper payments after revenue at its education, business and venue-focused subsidiaries dropped due to COVID. A total of 1671 workers were supported through the scheme. 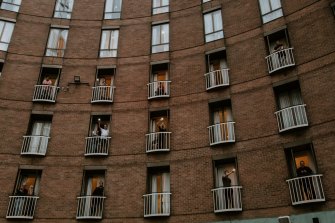 Compass Group was selected by the NSW government to cater for its quarantine hotels.

Compass is a British business and is listed on the London Stock Exchange with a market capitalisation of £26 billion ($47 billion). Last financial year, the company reported a profit of £561 million, down nearly 70 per cent on the prior year due to the impact of COVID-19.

However, the company’s Australian subsidiary reported a 28 per cent jump in profits for the 12 months to the end of September, coming in at $57.2 million. Revenue also rose 4 per cent to $1.29 billion.

Major Australian companies have been under increasing pressure in recent months to repay the amount they claimed through the JobKeeper scheme, which ended on Sunday after the federal government spent $90 billion keeping workers in jobs during the pandemic.

Many companies, such as major airline Qantas, were heavily reliant on the scheme to keep their businesses afloat. However, others such as Harvey Norman, Premier Investments, and Eagers Automotive, reported soaring profits and paid millions in dividends after claiming the subsidy.

Criticism has so far been focused on ASX-listed entities which are obliged to report their JobKeeper takings through their financial reports. Private companies and those listed in other jurisdictions, such as Compass, have largely escaped scrutiny.

A spokesperson for Compass Group Australia declined to comment on the company’s JobKeeper takings and would not indicate if the business intended to pay any money back.

Alongside the company’s millions in JobKeeper claims, the business was also picked by the New South Wales government to cater for hotel quarantine guests in the state. 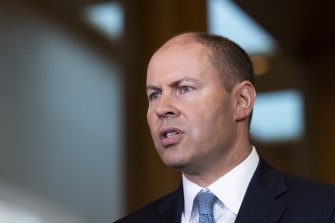 Josh Frydenberg: “JobKeeper was very successful in providing a lifeline to the economy when it needed it most.”Credit:Rhett Wyman

Public tender notices show Compass Group was awarded the contract early in 2020 at an initial estimated value of $2.2 million. As Australia’s COVID situation worsened, the value of the contract blew out to $28 million.

Peter Strong, the chief executive of the Council of Small Business of Australia, said Compass should not have received both the tender and JobKeeper and said the business’ actions were not in line with the intent of the wage subsidy program.

“This is a company taking advantage of a crisis for its own good, rather than treating this the way it should be treated, which is for the good of the community,” he said.

Labor’s assistant minister for treasury and JobKeeper repayment advocate, Andrew Leigh, told The Age and The Sydney Morning Herald Compass should repay its JobKeeper takings as taxpayers “can’t afford to be subsidising shareholders”.

“To demonstrate that their moral compass points the right way, they should repay at least part of the subsidy to the Australian taxpayer,” Mr Leigh said.

Treasurer Josh Frydenberg said last week the government would not force companies to repay JobKeeper and that the stimulus program had worked as intended.

“It was the law under which the applications were made. If the Labor Party is saying we should retrospectively now change the law to force Gerry Harvey and hundreds and thousands of other businesses listening to your program today to repay their JobKeeper payments, we’re not about to do that,” he said.

Do you know more? Get in touch at [email protected]