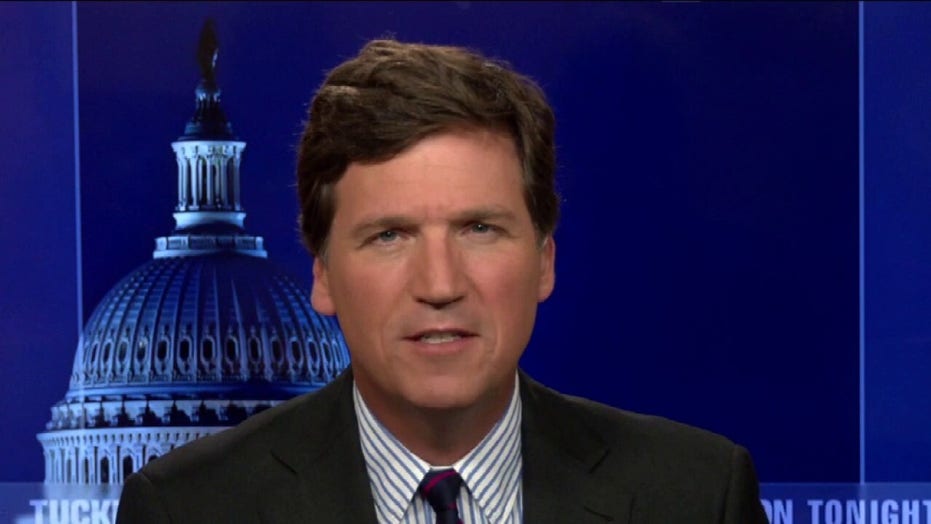 Tucker Carlson explains how taxpayers have funded chaos in Afghanistan

Tucker Carlson weighs in on Afghan cities falling to the Taliban, taxpayers funding the chaos in Afghanistan, and the administration’s failure to see this coming on ‘Tucker Carlson Tonight’

This is a bewildering moment, as we often note. What exactly is going on? There’s a pattern, if you look around for a moment, you may notice things that add up: gas lines, inflation, spiraling crime, collapsing cities. If you’re over 40, it could look familiar. It’s the 1970s, but without the free speech and Brezhnev running our government and, as if it could get more perfect, now we may have another fall of Saigon. Remember the fall of Saigon?

If you were watching television in April of 1975, April 30th, you remember it well. It was the single most humiliating day in the history of the United States abroad. American officials fleeing in terror as a peasant army swept through the capital city, desperate civilians clinging to the struts of helicopters as they took off from the roof of the U.S. embassy. It was a complete disaster. It was a total ignominious defeat. We’d spent more than a decade in Vietnam and in the end, we lost. So no matter how you felt about that war, it was painful to see it happen and nobody wants to see it again. Last month, Joe Biden promised we never will see it again.

REPORTER: Some Vietnamese veterans see echoes of their experience in this withdrawal in Afghanistan. Do you see any parallels between this withdrawal and what happened in Vietnam with some people feeling went on whatsoever?

JOE BIDEN: None Whatsoever. Zero. What you had is you had entire brigades breaking through the gates of our embassy. Six, if I’m not mistaken. The Taliban is not the South, the North Vietnamese army. They’re not and they’re not remotely comparable in terms of capability. There’s going to be no circumstance for you to see people being lifted off the roof of an embassy of the United States from Afghanistan. It is not at all comparable.

Yeah, it’s not comparable. The difference, Joe Biden told us, is that in Afghanistan, we can rely on the Afghan security forces to keep the savages at bay. These are not crack troops. They’ve gotten billions in U.S. tax dollars over 20 years. And by the way, they were trained by Mark Milley. He’s now the chairman of the Joint Chiefs of Staff. So we’re good. Don’t worry.

Last month, Mark Milley himself lent his personal stamp of approval to the Afghan security forces.

MARK MILLEY: The Afghan security forces have the capacity to sufficiently fight and defend their country, and we will continue to support the Afghan security forces where necessary in accordance with the guidance of the president and the secretary of defense. The future of Afghanistan is squarely in the hands of the Afghan people. And there are a range of possible outcomes in Afghanistan. And I want to emphasize repeatedly, and I’ve said this before, a negative outcome, a Taliban automatic military takeover is not a foregone conclusion.

It’s not a foregone conclusion, actually, at this point, a military takeover by the Taliban is starting to look like a foregone conclusion. Taliban fighters now have control over a majority of the country, including the second-largest city, Kandahar. The government, meanwhile, controls just about 15% of the districts in Afghanistan. 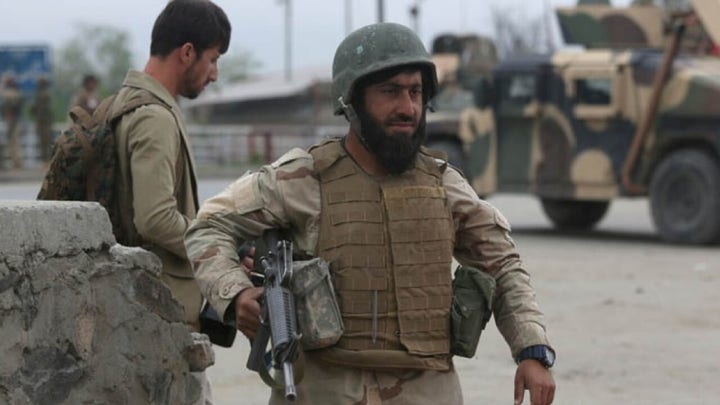 The Taliban has now isolated the capital, Kabul. At this point, they are 30 miles away. Analysts say Kabul could fall within days. Right now, thousands of American troops are on their way there to evacuate the US embassy. Our helicopters flew into the city just this afternoon. They’re not on the roof yet, but it’s early.

The funny thing is Mark Milley didn’t seem to see any of this coming. His real expertise, as he explained recently to Congress, is something called White rage. The Taliban, by contrast, are slightly tanner, so they didn’t seem as dangerous as, say, the January 6th protesters.  No, the Taliban voted for Donald Trump, so Mark Milley naturally underestimated them. But others saw very clearly what was coming.

Three years ago, the inspector general for Afghan Reconstruction found that the Afghan government controlled or had influence over just half the country. That’s it. In other words, Afghanistan has been unstable for a very long time. Always, actually. And yet the Pentagon repeatedly told us otherwise. “We’re on the right track now,” said Jim Mattis in 2010. Four years later, another general “the Afghan National Security Forces are winning.” So based on those confident assessments, officials in Washington spent more than one hundred and thirty billion dollars on nation-building there.

For some perspective, that’s more than we spent on the entire Marshall Plan in Europe after the world was destroyed in 1945. So you have to ask yourself, where did all that money go? The Pentagon, of course, isn’t really sure where all that money went, but internal documents suggest it was wasted.

The Afghan papers, you remember those? They make it clear that a lot of that money went to the most corrupt people in the country. Those documents show that only about two in 10 Afghan recruits in the fabled security forces could read or write. That meant, among other things, they could not reliably follow orders, and apparently, they haven’t been. For years.

Meanwhile, Afghan commanders have routinely pocketed taxpayer money from the United States with so-called ghost soldiers. Those are troops who appeared on the payroll but didn’t actually exist. One recent assessment found that between 50 and 70% of police positions in some Afghan provinces weren’t really alive. They weren’t people. They existed only on paper. Did Mark Milley know this? The troops who did exist sometimes use their weapons to commit crimes and shoot American troops or officials. 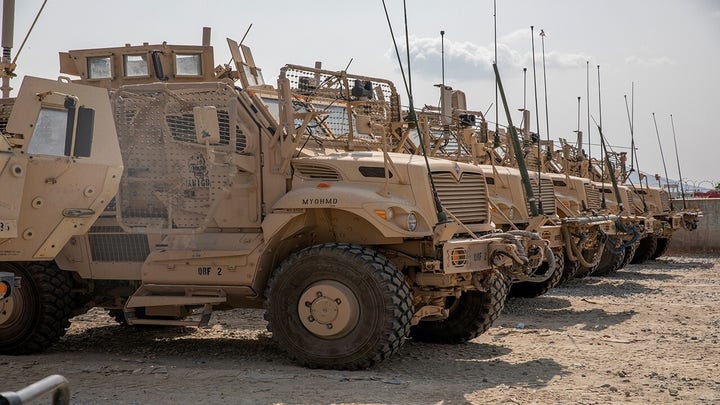 One Norwegian observer estimated that more than 30% of Afghan police recruits would take their guns and, “set up their own private checkpoints to extort travelers.” Between 2007 and 2013, insider attacks from Afghan forces killed or injured hundreds of coalition troops. These were signs of a major problem.

Other soldiers, again, with the money that we sent them, began to sexually abuse children. According to a piece in The New York Times, “Rampant sexual abuse of children has long been a problem in Afghanistan, particularly among armed commanders who dominate much of the rural landscape and can bully the population.”

The practice is called ‘bacha bazi.’ Literally, ‘boy play’ and American soldiers and Marines have been instructed not to intervene, in some cases, not even when their Afghan allies have abused boys on military bases.

So all of this was going on – sex abuse on our American military bases – but the Pentagon maintained publicly that everything was going just according to plan. So you can see why this comes as quite a surprise to those of us who took those assurances at face value.

In fact, just a couple of days ago that the top flack at the Pentagon, the increasingly ridiculous John Kirby, insisted that the U.S. military has turned Afghanistan into a kind of progressive utopia at Santa Monica in the mountains.

So today, John Kirby called on the people of Afghanistan to rise up and fight for the social justice that we have brought them, the women’s rights victory the Afghan government has secured. Right.

The Pentagon was supposed to build a functional national army in Afghanistan to protect the government, which we installed. But they didn’t do that.

So people didn’t do their jobs and then lied about not doing their jobs. But they’re still wearing the uniform of our country. Why is that? Good question.

So for the first time in a long time, maybe we could hold our own leaders to account for the calamities they have caused. That’s not simply a matter of justice, though. It definitely is that it is the only way to prevent disasters like this from happening again.

This article is adapted from Tucker Carlson’s opening commentary on the August 13, 2021, edition of “Tucker Carlson Tonight.”