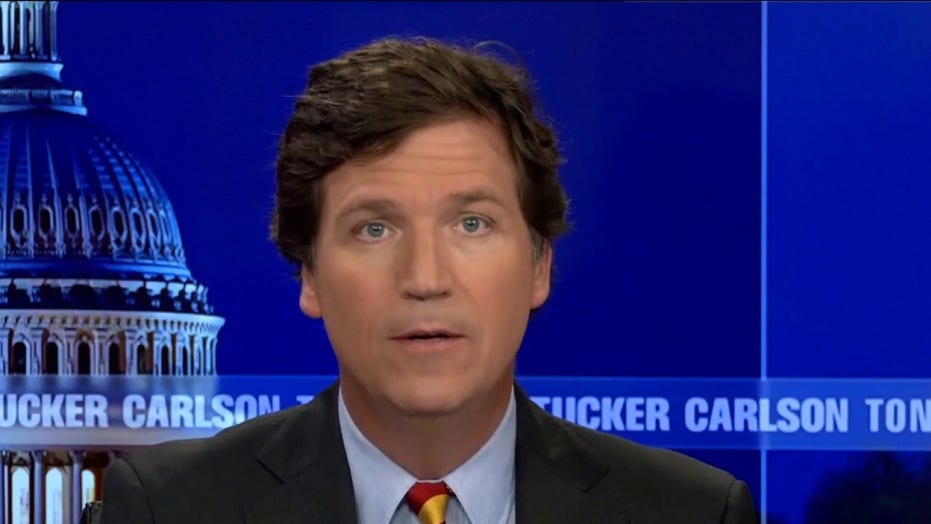 Tucker: The Democratic Party is made up of entitled White Liberals

‘Tucker Carlson Tonight’ discusses the Democratic Party as they crank up the fear of the omicron variant ahead of holiday season.

Has there ever been a news environment like this one? Every day feels like some weird new PSYOP from the government, as translated through the media companies designed to convince you of something that’s just obviously false. Masks will keep you safe. Ukraine is essential to our national security. Rachel Levine is an admiral.  Pete Buttigieg is a genius. And so on day after day. It’s enough to make you feel like you’re going crazy after a while. Am I the only person who sees that all this is total B.S.? You start to ask yourself that.

So to clear the mental palates night was to restore sanity, we’re going to return to what we actually know, which is to say to the facts. Here is the most important fact in American politics right now: The Democratic Party just hit a brick wall. Democrats cannot continue to run the United States of America.

Why? Here’s why. A new Marist poll, we told you about it last night, shows that only 33% of Latino voters support Joe Biden. Politically, that is fatal. Ask anyone who does politics for a living: Can a Democrat, can an elected president with 33% of the Hispanic vote, or, for that matter, with 43%, or for that matter, with 53%? No is the answer. No chance. It’s impossible. That’s the headline.

This is a huge change from what most people thought just three days ago. Certainly what Democrats thought. Democrats sincerely believe they were the party of oppressed racial minorities, a group that they alone could protect from White racism. That was the whole point of the party. And weirdly, Republican leaders seemed to kind of accept it as true. But actually, it turns out it wasn’t true at all. 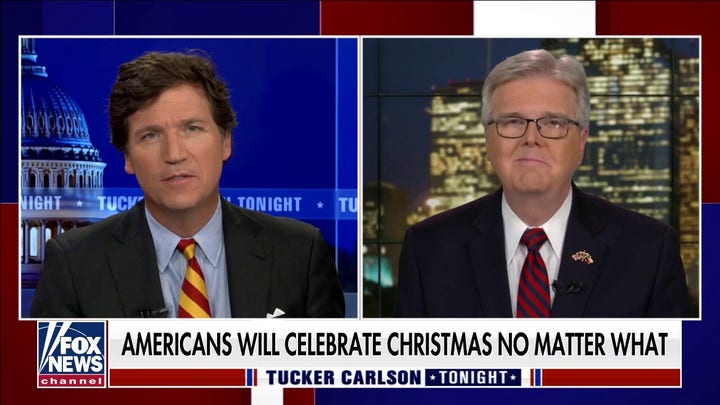 You know that lady who screeches at you in the airport about pulling your mask over your nose? That’s the modern Democratic Party. No normal person likes that lady. She’s awful. So effectively, as an electoral matter, that party is done. We’re not going to have any more democratic presidents for a while. Sorry.

This is a big deal. You’d think it would be getting wide coverage in the media today, but no, it’s not. Can’t have that time for a new PSYOP. Time to crank up the fear machine. Now they’re telling you you’re going to die of a cold. They’re calling it omicron. It’s a terrifying new variant of COVID, which you remember is a name they picked to conceal the fact that the entire pandemic was likely created in a lab by the Chinese government with the help of American tax dollars.

But shut up. Stop talking. That’s racist. And now omicron is here, so there’s no time to think. Your job is to be afraid. And unfortunately, many people are afraid they haven’t had time because they’re so afraid to check the numbers and discover that as an epidemiological matter, this is all completely insane. Far more Americans have died this month from choking on entrees than have died from omicron. That is factually true. The CDC can confirm it for you.

But just as an exercise, we’re going to ignore reality for a moment and take you to the president of the United States, who shuffled on stage this afternoon to mumble about omicron. Here’s part of what he said:

JOE BIDEN: And I know some Americans are wondering if you can safely celebrate the holidays with your family and friends. The answer is yes, you can. If you and those you celebrate with are vaccinated, particularly if you’ve gotten your booster shot. If you are vaccinated and follow the precautions that we all know well, you should feel comfortable celebrating Christmas and the holidays as you planned it.

But for now, Joe Biden has canceled Christmas for America’s working class, now known as “the unvaccinated.” They didn’t vote for him in the last election, so they can’t celebrate Christmas. In fact, this whole pandemic is their fault.

Now, before we unpack the implications of what Biden has said, a word about the language he and many others are using. Biden and his employees persist in calling these injections of vaccine. But that’s not quite right. A vaccine prevents disease. The polio shot is a vaccine. You take the shot, and you don’t get polio. That’s not what these shots are.

As Biden himself conceded from the stage today, many thousands of fully vaccinated people have been infected with COVID recently. Now, Biden claims these people are in better shape because they got the shot. He didn’t prove that. So far, no one has proved that. But let’s assume Biden is right, which is fine. It’s still not really a vaccine if you can get and transmit the virus, it’s more like an experimental health supplement.

And that’s fine, too. We’re not against experimental health supplements, your body, your choice, they used to say. But unlike other experimental health supplements, this one’s mandatory. In fact, as our increasingly desperate and honestly vicious president explained today, submitting to this injection is your patriotic duty. If you don’t get this shot, said the man who, up until his election was secretly doing business with the Chinese, you don’t really love this country.

JOE BIDEN: All these people who have not been vaccinated, you have an obligation to yourselves, to your family. And quite frankly, I know you’re criticized for this to your country. Get vaccinated now. It’s free, it’s convenient. I promise you it saves lives. And I, honest to God, believe it’s your patriotic duty.

But we’re not going to play those clips. We’ve done enough of that this week and for the past year, it’s too close to Christmas now, and that’s the point. As its power wanes and its destruction at the ballot box looms on the horizon, the Democratic Party is trying to wreck your Christmas. It’s their latest PSYOP. They can’t convince you of anything anymore. You no longer believe them. Why would you? So they’re trying to punish and terrify you into submission instead.

But here’s the good news: It’s not working. Americans are going to celebrate Christmas anyway, they always have, and they’re going to this year. This is still America.

This article is adapted from Tucker Carlson’s opening commentary on the Dec. 21, 2021, edition of “Tucker Carlson Tonight.”