Editor's Note: This article is adapted from Tucker Carlson's opening commentary on the Nov. 5, 2020 edition of "Tucker Carlson Tonight."

The presidential election was on Tuesday and we still don't know the outcome. If you followed the Florida recount 20 years ago, you probably assume you've got some idea of how this will play out.

Officials in contested states will carefully count all the available votes, supervised by bipartisan observers from both campaigns, to reassure all of us it's on the level. If they find irregularities or they see questions of fraud, we'll all get to learn exactly what those allegations are and how they were resolved. That's what we did in 2000. Remember hanging chads? We put them on TV so people could see the ballots for themselves.

In the end, the dispute between Al Gore and George W. Bush continued all the way to the Supreme Court. It took 36 days to resolve and every one of those days, if you remember them, seemed like a month. That process was excruciating, it required patience and calm, but in the end, it was well worth it. 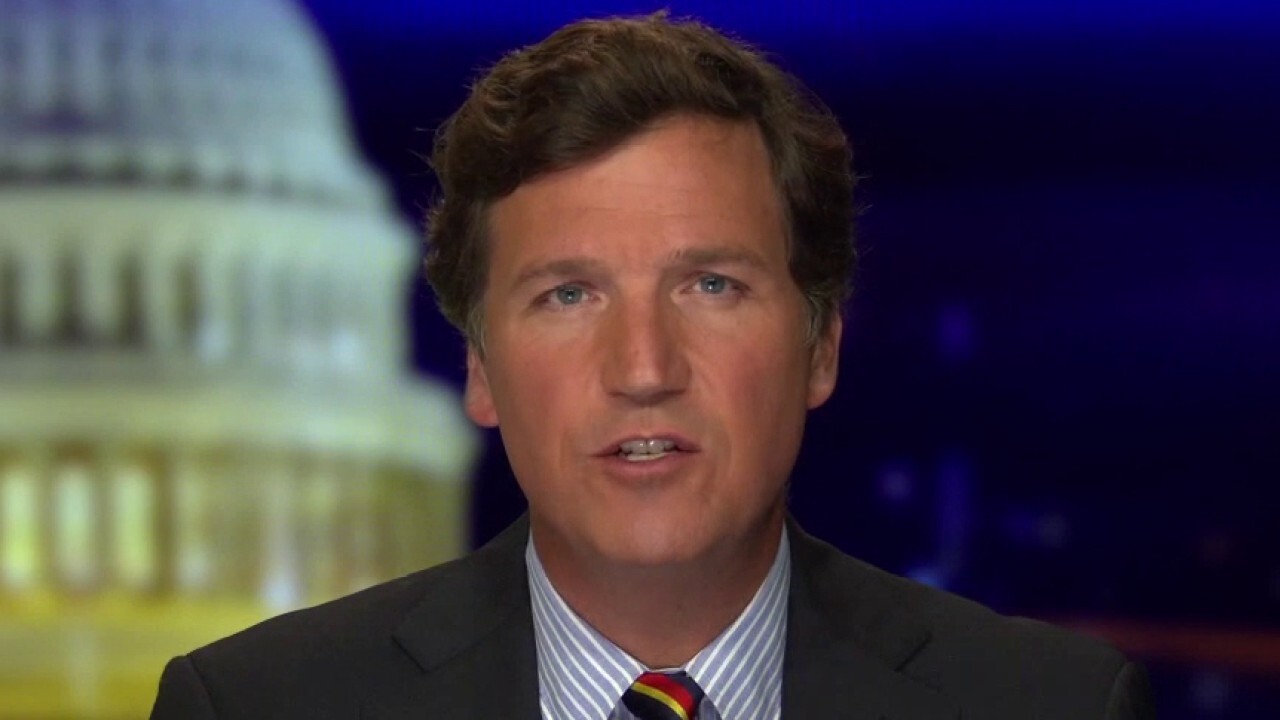 For the record, the news organizations in this country covered every moment of it. No one in any newsroom in America even considered censoring information about what was happening. That would have been regarded as grotesque and immoral. Then, as now, almost everyone in the media was a partisan Democrat. But in 2000, they understood that preserving the public's faith in the system was more important than getting Al Gore or anyone else into the White House. So they pushed for openness and transparency in the process, and thank God they did.

A lot has changed over two decades. It's entirely possible now that someday soon the news media will decide to shut this election down. Believe it or not, they effectively have the power to do that. Let's say officials in Philadelphia produce a large number of newly counted votes. The Pennsylvania secretary of state hastily ratifies them, puts a seal of approval on them and then declares Joe Biden the winner.

Winning Pennsylvania would put Joe Biden over the threshold of 270 electoral votes, so Joe Biden is now the president-elect. But how many of the 69 million Americans who voted for Donald Trump this week would believe that and accept it at this point? Not very many. Not that anyone cares, and of course, the fact that no one cares is the reason they voted for Donald Trump in the first place.

But let's say all you cared about was power. In that case, you'd go on television and declare Joe Biden the president-elect even as other states were still counting votes and serious questions about the legitimacy of ballots remained unanswered. You wouldn't care, you'd just shut it down. The news media believe they can do that.

"The role of declaring the winner of a presidential election in the United States falls to the news media." That's what The New York Times declared this week.

So let's say the news networks decide to do that and unilaterally declare Joe Biden the winner. What then? Donald Trump and his voters would complain, obviously, but what can they really do? They're not news anchors. They don't own their own channels. And if you wanted to stop them from complaining, it wouldn't be very hard.

You just accuse them of attacking democracy. Then you would censor their social media posts. You might even pull the president off Twitter completely. It's his main form of communication and he doesn't own it. Jack Dorsey runs it. You'd accuse the president of spreading misinformation. If Trump and his voters persisted in complaining, you consider stronger measures.

Democrats have been thinking about this for a long time. This summer, John Podesta played Joe Biden in an election simulation that Democrats held. In that simulation, according to reports, Podesta wanted to see what the military would do if Donald Trump refused to accept the election results.

So what exactly would the military do? It's shocking even to think about something like that, but others have thought about it. This summer, a retired Army colonel called Lawrence Wilkerson went on HBO's "Real Time with Bill Maher" to discuss that question. Wilkerson is not a fringe figure. He's not some guy muttering to himself on a city bus. Wilkerson was once chief of staff to Secretary of State Colin Powell.  He's a famous man. He's since taught courses at a couple of famous universities.

LAWRENCE WILKERSON, SPEAKING AUG. 7: If Trump calls his base to the streets with their guns — his base owns something like 60 to 70% of the 300, 400 million guns in America. If they answer that call and come to the streets with guns, then we probably are going to have a need for the military. And then all bets are off as to how much blood blood might flow.

Here you have one of the people who brought you the war in Iraq fantasizing out loud about killing even more civilians – in this case, American citizens in the streets of our cities. People didn't used to talk like this on television and on Fox News, they still don't because we wouldn't allow it. That's violent extremism. But on that channel, no one even noticed.

That tells you a lot about how they think. You can't overstate how corrosive language like that is. It's a quick way to break everything and it's happening now. Normal people are becoming paranoid. Americans who love this country are beginning to fear it. Why? Because shutting down legitimate discourse and inquiry always has that effect. It destroys social trust and it sets the table for awful things to come.

So let's stop this right now. Slow down. No hasty calls. Our system works. It has worked before. If people air concerns, resolve the concerns. Don't call them names, don't sweep those concerns under the rug, don't shut it down artificially with unelected news anchors. Let our system work. Only by doing that will we have a country we are going to want to live in 20 years from now.