Carlson will release at least three new video podcast episodes a week beginning in April, which will feature interviews with newsmakers and analysis of key issues. He will also debut in April a monthly series of in-depth specials called “Tucker Carlson Originals,” which will delve into topics with more depth than a typical television program.

Both the podcast and the specials will only be available on FOX Nation, and a trailer for the new endeavor can be seen here.

“This is my twelfth year at FOX News and I’ve never been more grateful to be here,” Carlson said in a news release. “As other media outlets fall silent or fall in line, FOX News Media’s management has redoubled its commitment to honesty and freedom of speech. I consider that heroic at a time like this.”

Carlson joined Fox News as a contributor in 2009 and became a co-host of “Fox & Friends Weekend” in 2012. He began hosting “Tucker Carlson Tonight” in November 2016, where he has made ratings history as one of the most distinct voices in cable news. 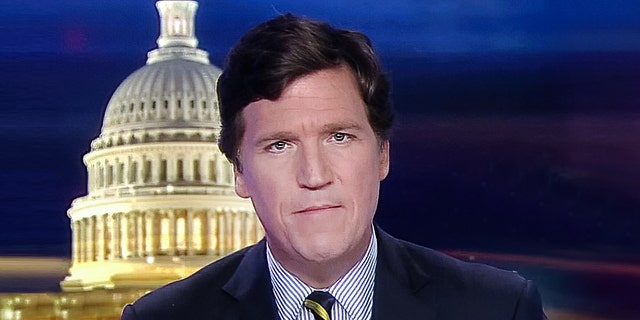 He has been number one in the 8 p.m. ET time slot for 46 consecutive months with total viewers. According to Nielsen Media Research, the program averaged 3.6 million viewers last month, and 653,000 in the younger Adults 25-54 demo, topping both CNN and MSNBC by double-digits in overall viewers.

In October of 2020, Carlson conducted an exclusive interview with Tony Bobulinski, a former business associate of Hunter and James Biden, the son and brother of the current president. According to Nielsen Media Research, that interview drew an astounding 7.5 million total viewers and 1.5 million viewers in the 25-54 demo, landing the program in the top three highest-rated shows in all of television for the night.

“As we continue to expand and evolve as a service, adding exclusive content from Tucker Carlson will make FOX Nation a must-have service for his most passionate fans,” FOX Nation President Jason Klarman said in the release.

Fox Nation programs are viewable on-demand and from your mobile device app, but only for Fox Nation subscribers.