Hope you had a great Thanksgiving. Seems like a good time to reassess the holiday season, so let’s think about COVID and where we are. The first confirmed case of the coronavirus in the U.S. appeared in a blood test on January 18th, 2020. It was in the state of Washington. That was almost two years ago. How have we done since?

Well, look at the numbers compared to 2019. Americans now are poorer, more isolated, more physically unhealthy, more fearful, and sadder than they have been in generations, maybe ever. Depression has skyrocketed. Church attendance has dropped in half. Cancer deaths are up dramatically; so is obesity, hypertension, diabetes, strokes among young people, suicide, drug ODs. You name it, it’s up – these, in addition to countless other serious social pathologies.

People are not having children, for example. Maybe most depressingly, a new study from researchers at Brown finds that children, kids born during the pandemic have, “significantly reduced verbal motor and overall cognitive performance” – en entire generation slower.

So that’s a legitimate public health crisis. All of these are legitimate public health crises, but you never hear about them because the attention of our leaders is focused on COVID and particularly on the COVID vaccines. More vaccines, Joe Biden has told us repeatedly, are the answer, really the only answer. By and large, Americans have followed Biden’s lead. They believe the president. As of tonight, about 82% of the entire adult population of the United States has received a COVID shot. In total, more than 232 million Americans have been vaccinated as the largest inoculation campaign in our history.

You hear a lot about people who’ve resisted the shot, but most people haven’t. In fact, more Americans have received the COVID vaccine than have a job or own a car or speak English as a first language. Effectively, pretty much everybody has had the shot. The country did what Joe Biden asked. We achieved universal vaccination.

So what are the results of this? Let’s see: More Americans have died from COVID in 2021 than died in 2020, before there was a shot. There were 362,000 deaths from COVID last year. So far this year, there have been 414,000 deaths. Overall, the United States has the highest number of COVID deaths of any country on the planet by far. So we gave up everything to fight COVID – we gave up our economy, our culture, our health. We literally stopped educating our own children. We did all of this in order to lower COVID deaths. And yet COVID deaths went up anyway, and they went up dramatically. 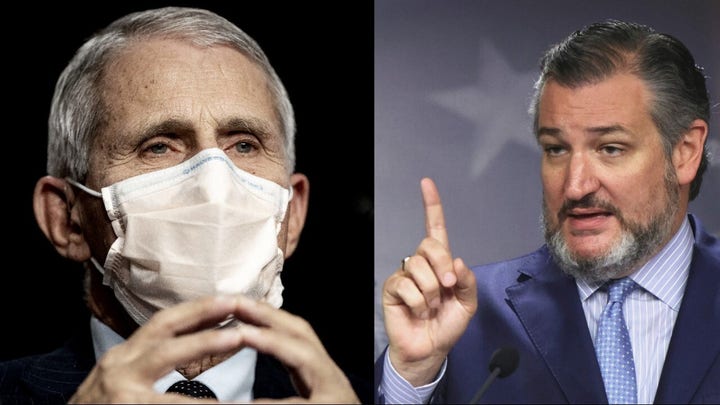 So the obvious question is, how is this working? On the basis of the most simple numbers, it’s not. In fact, it looks like the greatest public policy failure of all time. How does Joe Biden explain that? What does Tony Fauci say about it or Rochelle Walensky?

Well, nothing. Not a word. No one in charge has even acknowledged the magnitude of the failure. They haven’t had to acknowledge it because they’ve created a scapegoat to take the blame for it. The scapegoat is called the unvaccinated phrase that everyone understands is essentially political. It means working-class Whites who probably voted for Trump. This is all their fault. Everything bad they did.

Over the weekend, various White House officials blamed this group not simply for COVID, but for virtually everything that has gone wrong since Joe Biden has become president. And there’s a lot. The collapse of the U.S. dollar, supply chain implosions, empty shelves in stores, labor shortages, even rising gas prices.

Watch the White House press secretary suggest that the unvaccinated are somehow responsible for inflation:

Psaki: I would note, though, that the way most Americans understand and feel and experience inflation is by cost increases, right? And they experience that as it relates, and we see what the largest impacts on cost increases are across the country, whether it’s gas prices, or in some cases food prices, or a variety of issues. We know what the root causes of those are, right? Global supply chain issues. The best thing we can do as a government is to get the pandemic under control.

And we can’t get the pandemic under control until you get the shot, despite the fact that more than 80% of the entire adult population has already gotten the shot. So we printed too much money because you haven’t been vaccinated, that’s why the dollar is not worth as much. You wonder how long it’ll be before they blame the unvaccinated for climate change. Can’t be long now.

So Joe Biden’s campaign to lower COVID deaths has been unequivocally a failure. The numbers show that very clearly. But his campaign to demonize a group of powerless Americans to transform them into cool acts — objects of state-sponsored hate in their own country — that has worked amazingly well.

These people are now so despised it is considered acceptable for politicians to try and kill them. In Buffalo, a state assemblyman called Pat Burke is pushing insurance companies to deny coverage to people who refuse the injection. Disobey Joe Biden, have fun dying of some preventable disease, Kulak, you deserve it!

This is not just an American phenomenon, by the way, and that tells you the most. Governments around the world have decided to transfer their failures onto the tiny percentage of their populations, who, for whatever reason, don’t want the injection. In Germany, they won’t even help you die if you don’t get the shot. Euthanasia clinics are turning away the unvaccinated. You’ve got to get the COVID vaccine before you commit suicide for moral reasons.

Someday when the fog lifts and art returns, somebody is going to write a hilarious novel about this moment, and of course, one of the stars of it will be a nearly 81-year-old bureaucrat who really shouldn’t be driving a car at this point but who somehow took control of the most powerful country on Earth and then promptly went insane.

If you haven’t checked in on Tony Fauci lately, you may be a little surprised to discover what he’s become. If you tuned in a couple of years ago, you may recall Fauci as a conventional public health official. He wore button-down shirts. He gave careful, precise answers that suggested deep medical knowledge. No more. After two years of nonstop media adulation, Tony Fauci has morphed into an even shorter version of Benito Mussolini. Watch Fauci on television the other day refer to himself without even flinching in the third person.

Margaret Brennan, host of CBS News’ “Face the Nation”: Well, there are a lot of Republican senators taking aim at this.

Fauci: That’s ok. I’m just going to do my job and I’m going to be saving lives and they’re going to be lying. There’s a distinct anti-science flavor to this. So if they get up and criticize science, nobody’s going to know what they’re talking about. But if they get up and really aim their bullets at Tony Fauci, well, people could recognize there’s a person there. So it’s easy to criticize. But they’re really criticizing science because I represent science.

When they criticize me, they’re criticizing science. I am science, declares Tony Fauci; cience is me. So clearly something deep inside Tony Fauci has changed. The man now believes he’s a deity accountable to no one. Watch Fauci blithely swat aside criticism from a sitting U.S. senator – a man who, unlike him, has been democratically elected by millions of people – by invoking Jan. 6. Watch this:

Brennan: Senator Cruz told the attorney general You should be prosecuted.

Fauci: Yeah, I have to laugh at that. I should be prosecuted. What happened on Jan. 6, senator? 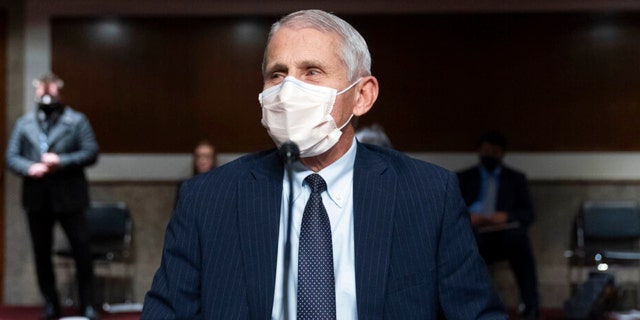 Wait a second. This is the man in charge of our COVID response. What does January 6 have to do with COVID, you ask? Well, simple: Anyone who questions Tony Fauci is, by definition, a dangerous insurrectionist.

And Fauci’s not the only one who believes that. A few weeks ago, departing NIH head Francis Collins suggested that any American who doubts government COVID policy is a criminal. Collins announced that he’d like to “identify those who are purposefully spreading false information online about COVID and bring them to justice.”

Public health officials didn’t used to talk like this. They once concerned themselves with public health. This is how they talk now, and it all might be easier to take if they were doing their core jobs effectively – if, for example, COVID deaths under Joe Biden had dropped.

But again, and you can’t say it loudly or often enough – deaths have not dropped. COVID deaths have risen. So you’ve got to wonder how long the population is going to put up with this — unelected lunatics haranguing the rest of us as they fail at their core job. Well, the White House must be wondering very much the same thing because all of a sudden we have a brand new COVID variant to be terrified of. This new variant was discovered by the chair of the South African Medical Association, a woman called Angelique Coetzee. Here’s how she describes the threat.

Coetzee: Looking at the mildness of the symptoms that we are seeing, currently, there’s no reason for panicking as we don’t see severely ill patients.

There’s no reason to panic, it’s very mild, she tells us. Very mild. We don’t see very ill patients. Now, normally that would be good news for everyone. But in this country, it is cause for even deeper and more profound alarm.

In the state of New York, the unelected governor has just banned all elective surgeries at hospitals because of this new variant. Now, keep in mind, there are precisely zero confirmed cases of this variant in the state of New York. But that doesn’t mean you shouldn’t be afraid. Oh, you should definitely be afraid. Thanks to this mild yet terrifying new variant, Joe Biden told us today you must get your third vaccine.

Message? Don’t listen to the doctors. It’s mild, it’s not a problem, but that doesn’t mean you can even think about relaxing. There is plenty of fear ahead, and you’re going to need to listen very, very carefully to Anthony Fauci.