New York (CNN Business)One evening earlier this month, a White rage-filled man sat behind a desk, looked into a camera, and began to rant about how something must be done to “save” the United States before “we become Rwanda,” a not-so-subtle reference to the horrific genocide that occurred in the African country decades ago.

That rage-filled man, who delivered his diatribe while positioned adjacent to an “ANTI WHITE MANIA” graphic, was not a Neo-Nazi filming a video for an underground network of like-minded extremists.
He was Tucker Carlson of Fox News, the most-watched host on one of the most-watched networks in all of America.

Carlson occupies the space furthest on the fringe at Fox. His show has become defined by bald-faced race-baiting. Earlier this year, Carlson even endorsed the racist “great replacement” theory on his prime time show. 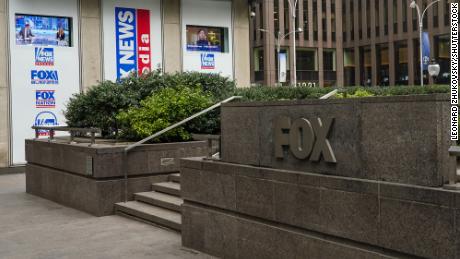 But though Carlson might be more overt about it than most of his colleagues, what he’s been doing fits neatly into the broader theme pushed by Fox as a network. Fox has a long history of catering to the fears of white America. But programming in that vein has increased recently, engraining itself into the channel’s core DNA.

Fox understands the panic rippling through White America and exploits it for profit. Instead of using its platform for good-faith discussion and debate about race, the network chooses to demonize those seeking to have it. It presents a terrifying world to viewers and then tells them, repeatedly, that it is the only entity in society standing up to the nefarious forces that seek to destroy their way of life.
The network’s obsession with critical race theory, for example, illustrates how integral race baiting has become to the network and ballooned on its airwaves in recent months. According to Media Matters, a progressive watchdog, Fox mentioned “critical race theory” on its airwaves an astounding 901 times during the month of June. The organization said that over the past three-and-a-half months, Fox has mentioned the topic over 1,900 times.
Coverage of Gwen Berry, the US Olympian who protested the Star Spangled Banner by turning away from the flag while it played, offers another data point. Over the last month, Fox’s website has published 24 stories focusing on her, often depicting her as an Olympian who hates the country — similar to how the network has portrayed other Black athletes who have protested racial injustices on the field.
The examples are too numerous to count. Every day there is a new villain, a new avenue to stoke racial tension, a new target to attack and fuel the outrage machine. One day it is Black Lives Matter. The next day it is Vice President Kamala Harris. The day after it is Chicago Mayor Lori Lightfoot. On and on it goes.
And while the issues might seem disparate, the topics convey a singular message, one that is clear, consistent, and always present: People who don’t look like you are threatening your way of life and the country as we know it. The far-left radicals hate this country and they are trying to transform it into a socialist utopia!
Of course, reality does not quite align with what Fox presents it to be. Far-left radicals do not control the White House. Joe Biden, a moderate Democrat, does. Aiming to improve the country does not translate into hating it. And there is no secret plot being executed by Democrats to morph the country into a communist hell hole.
But it is also undeniable that the country — and world — is rapidly changing. Demographic shifts underway are expected to make minorities the majority in the United States by 2050. Blue collar jobs are being automated and eliminated. And Americans are becoming more conscious of social and racial injustices.
That change can be frightening — especially to White communities which make up the vast majority of Fox viewers. 94% of viewers who tuned into “Tucker Carlson Tonight” from January 1 to July 7 have been White, according to Nielsen Media Research, the industry standard for measuring television audiences. Only 2% were Black. (For comparison, over the same six-month period, CNN’s 8 p.m. hour had an audience that was 25% Black and the audience for MSNBC’s 8 p.m. hour was 27% Black. Both of those audiences were 66% White.)
Derrick Johnson, the president of the National Association for the Advancement of Colored People, said all of Fox’s coverage “blends together” and that it is not just Carlson who traffics in race baiting.
“They play to the lowest common denominator of white fear,” Johnson said of Fox. “They peddle fear at a level that causes harm to communities. … They peddle fear starting from the morning shows and all throughout the day.”
“If you think about the average person who consumes Fox News, their sense of reality is disconnected from facts,” Johnson added. “It is disconnected from allowing different people to exist. It creates a level of tolerance around things that are mean, hate-based, and inhumane. It create a sense of us versus them.”
Johnson isn’t the only person who has called out Fox recently. Jonathan Greenblatt, chief executive of the Anti-Defamation League, wrote Fox in April about “racist rhetoric” on the network. That rhetoric, he said, “galvanizes extremists and lights the fire of violence.” Greenblatt’s warnings were dismissed by Fox.
A Fox News spokesperson defended the network’s coverage in a statement to CNN, saying that the network is proud to welcome “a variety of viewpoints from across the political and social spectrums.”
“As we’ve seen from numerous op-eds featured across FOX News Digital, there are nuanced opinions surrounding issues like Critical Race Theory, and therefore believe it is important for our audience to hear from all sides on such pivotal matters, including prominent Black conservatives,” the spokesperson added.
Fox’s strategy is unlikely to change as it has proven to be a blueprint for profit and led Fox to great financial success. It is effectively a money-printing machine, lining the deep pockets of its billionaire founder Rupert Murdoch.

A frustrated Johnson noted that “race has always been one of the most powerful tools” used to empower people. He said he didn’t see much value in talking with Fox executives about their programming, given that he sees it as “very focused, strategic, and intentional.”
“I wish it could get banned, quite frankly,” Johnson said. “Because it creates more intolerance and more racial instability.”
Source: Read Full Article