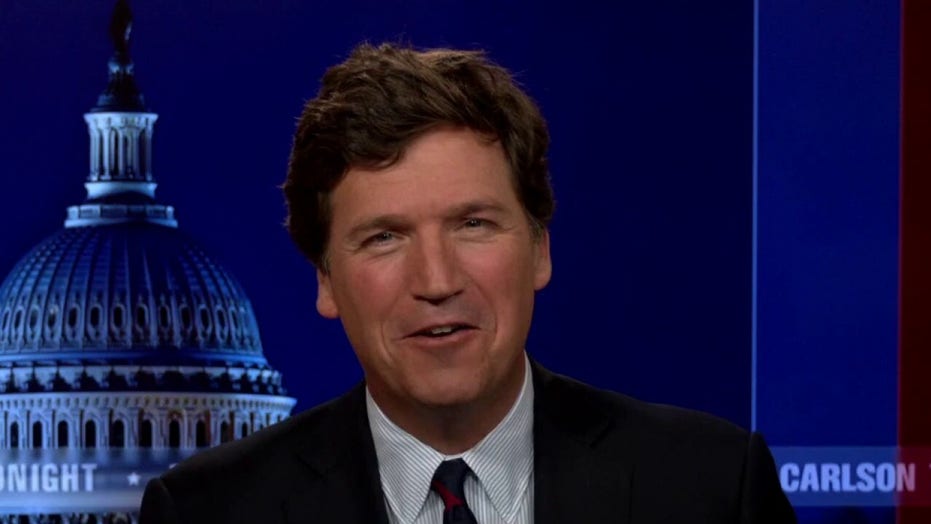 Tucker: Eric Swalwell has a problem with money

There are a lot of different ways to sell out to China. If you’re an unscrupulous finance mogul in New York, you can prop up the Chinese economy with billions in investment. Wall Street has done that for decades.

If you’re an elected official in Washington with a flair for demagoguery you can do your part pretend that the real threat to America isn’t the rise of Chinese power and ambition. No, no, no. The real threat is that dastardly Vladimir Putin and his team of secret agents and network of Macedonian troll farms. Just go on TV a lot and say that. Maybe people will believe you.

The question is: what if you don’t have the money or the rhetorical skills to do either one of those things? But you still want to help. What if you’re a not-very-bright third-string Democratic congressman from the East Bay? How do you do your part for Xi Jinping? Well, you just find a Chinese spy and then have sex with her. Repeatedly.

That’s what Eric Swalwell did. We won’t get into the details of the relationship, because this is a family show, and honestly it’s pretty creepy. But we can tell you the spy’s name was Fang Fang, and, no, we’re not making that up.

SWALWELL SPENT THOUSANDS OF CAMPAIGN DOLLARS ON BOOZE AND LIMO SERVICES, $20k AT HOTEL WHERE HIS WIFE WORKED

Fang Fang isn’t available to talk to us. She’s fled back to her handlers on the Chinese mainland, ahead of a Justice Department investigation. But amazingly Eric Swalwell is still with us. He’s still around. In fact, he’s been elevated to a seat on the House Intelligence Committee — the perfect reward for the boyfriend of a Chinese spy. In a city obsessed with collusion with foreign powers, Eric Swalwell exits his relationship with a Chinese spy and ascends to the Intel committee. It makes you wonder.

Swalwell, you’ll remember, came nowhere nine years ago, to beat one of the most powerful and longest-serving members of Congress, Pete Stark. It took a lot of money to do that, but somehow, despite being mediocre, inarticulate, totally unknown, and very young, Eric Swalwell had the money. Where did that money come from? Good question. 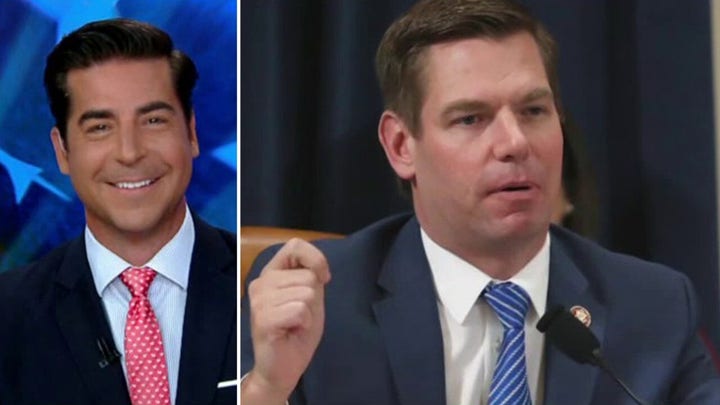 After the election, the FBI determined that Eric Swalwell had raised most of that money illegally. A donor called James Tong had supplied it without complying with campaign finance laws. To this day, we have no idea where most of the cash came from. Swalwell, of course, pledged ignorance, and because he’s dumb the authorities apparently believed him. “How would he know he was breaking the law? The guy’s an idiot.” Swalwell blushed and promised never do to it again.

So from the very first day, there have been real questions about this Eric Swalwell character, if that is indeed his real name. But you’d never know it now. Such is the magic of resume laundering and the distorting power of the American news media. Even a moron with a weakness for sex with Chinese spies starts to look like Henry Kissinger after a while if he does enough cable hits. That’s where Eric Swalwell is today. The spy’s boy toy is now an elder statesman. That’s his personal assessment of himself.

SWALWELL: It’s pro wrestling to be honest. Many of my colleagues are better suited to work at the WWE. And I say that about Gaetz because I’ve worked with him on marijuana issues. I’ve worked with him on other issues, especially really before Trumpism took off and he really turned into a character. There were times where he would laugh at himself about how stupid he had to act, you know to keep the act going.

“I’ve been working on marijuana issues,” says Eric Swalwell. “The rest of those guys, they’re all clowns,” he says, “I’m the only serious person in this building, me and Fang Fang,” adjusting his plastic nose and fright wig and applying more greasepaint.  It’s just too funny.

Meanwhile, wasn’t it just last week that we got that picture of Swalwell grinning shirtless on a camel in Qatar, as his faithful servant of color looked on adoringly in the foreground? Eric Swalwell, the great White hunter of Alemeda. Leopards fear him. That particular camel hunt, by the way, was paid for by business interests in the Persian Gulf.

Oh. We sense a theme here. Eric Swalwell has a problem with money. Shocked? You shouldn’t be.

Like so many progressives, Swalwell’s deepest desire is to live like a rich guy out of a movie. That’s tough on a congressman’s salary, so corners get cut. Here’s the latest example of that.

Campaign finance records obtained by Fox News show that Eric Swalwell spent thousands in campaign contributions — money he raised to run for office and is prohibited by law from spending on himself — on expenses that seem suspiciously like luxuries: limo rides, booze deliveries, and high-end steakhouses. Some of these expenditures appear very clearly to be for personal issues — which again is illegal. One order at the alcohol delivery service Drizly, for example, was under $10.00. Was that a campaign event? No. The man wanted a tequila sunrise, and he wanted it now. So, his donors paid for it.

Most interestingly, more than $20,000 of Swalwell’s campaign expenditures to the Ritz Carlton hotel in Half Moon Bay, California. Weirdly, or maybe not so weirdly, Swalwell’s wife is an executive at that very hotel. Clever, honest members of congress don’t do things like that. When they do, they tend to get in deep trouble.

In fact, it was just two years ago that Congressman Duncan Hunter pleaded guilty in federal court today to stealing hundreds of thousands of dollars in campaign funds that he and his wife used for personal expenses. He went to jail for 11 months.

In 2013, Congressman Jesse Jackson Jr. and his wife went to prison for the same thing.

We’re not saying Eric Swalwell should be charged for sleeping with a Chinese spy or misusing campaign funds, but we do know that under the standard laid out by Eric Swalwell, we need an immediate federal investigation, possibly a special counsel.

SWALWELL: The American people deserve to know what exactly the Russians have on Donald Trump … Whether it was witting or unwitting, the end result is just as destructive because the president has drawn us close to a foreign adversary who is not our friend.

Eric Swalwell is saying someone else drew “close to a foreign adversary who’s not our friend.” Really, how close?

So what is going with Eric Swalwell, and why don’t we deserve to know what a sitting member of the House Intelligence Committee is doing with Russian spies with his campaign contributions and on that now-famous camel in Qatar.

Eric Swalwell drew very close to a foreign adversary who is not our friend. Don’t we deserve to know why he’s funneling so much money to his wife’s hotel, and where it came from?

This article is adapted from Tucker Carlson’s opening commentary on the July 19, 2021, edition of “Tucker Carlson Tonight.”