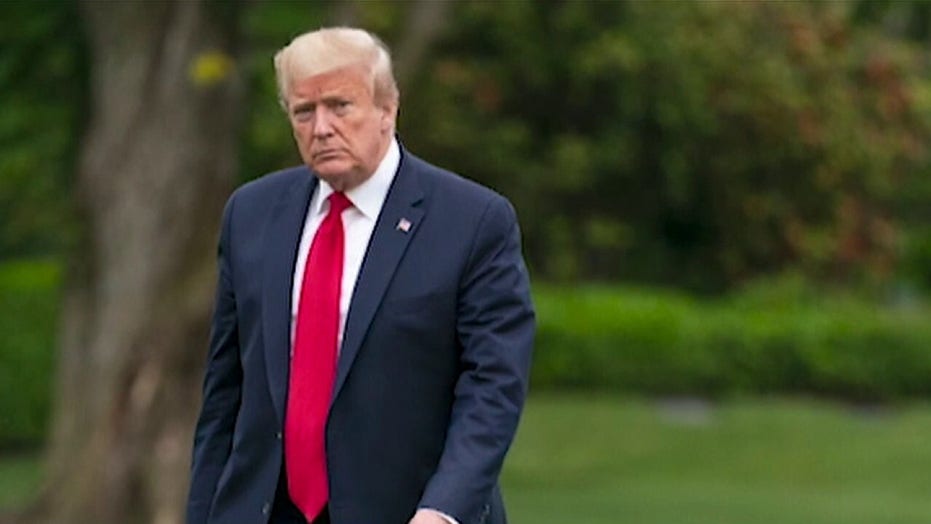 The Supreme Court rules Trump is not immune from state grand jury subpoena over financial records; Shannon Bream weighs in on the latest.

President Trump's lawyers in a Monday court filing called a subpoena for his tax records issued by Manhattan District Attorney Cy Vance "wildly overbroad" and done in "bad faith," as the battle over the president's documents drags on in the wake of two Supreme Court rulings that likely put them out of reach for the public until after the election.

The amended complaint brought Monday follows a Supreme Court ruling earlier this month that slapped down the president's legal defense that he was absolutely immune from any criminal investigation while he occupies the Oval Office. But the ruling was narrow. The Supreme Court only opined on that extraordinary legal argument, and not on the wider battle for Trump's records as part of the criminal investigation being pursued by Vance into alleged "hush money" given to women that he allegedly had affairs with.

Chief Justice John Roberts, in his opinion for the court, said that Trump "may raise further arguments as appropriate," in lower courts as the case continues — which is what his lawyers did on Monday.

"First, the Mazars subpoena is wildly overbroad and is not remotely confined to the grand jury investigation that began in 2018," the filing said. "Moreover, the subpoena demands voluminous documents that relate to topics and entities far beyond the District Attorney’s limited jurisdiction under New York law. This is not a properly tailored subpoena for the President’s records."

The president's lawyers added: "Second, the Mazars subpoena was issued in bad faith. The District Attorney knew when he issued it—and he has since admitted—that the subpoena was not designed to meet the needs of the grand jury."

The president's lawyers went on to say that the subpoena was written by Democrats in Congress who are also seeking Trump's tax records, not in service of the grand jury investigation Vance is running, and was therefore issued in bad faith. The Supreme Court, on the same day as its ruling in the case involving Vance, also stalled Democrat-controlled House committees from being able to access Trump's tax records, though it also made clear that Congress has significant oversight authority that under some circumstances could allow it to compel the president to turn over his taxes. It also kicked that case back to lower courts.

"Essentially, then, the District Attorney cut-and-pasted the House Oversight and House Ways and Means subpoenas into a document and sent them to Mazars," Trump's lawyers said. They then criticized Vance for saying the goal of the subpoena was "efficiency" — to allow Trump's accounting firm, Mazars, to easily put together the documents that had already been requested by the House committee. 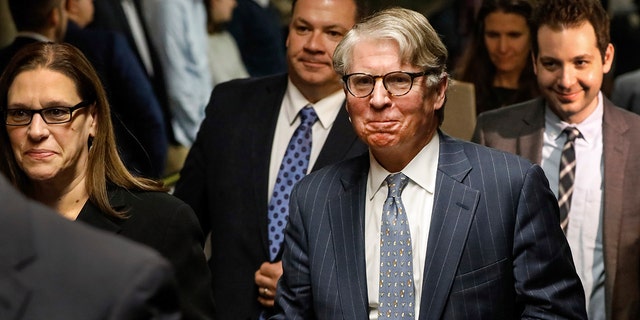 "There is nothing efficient – let alone proper – about demanding voluminous records that are irrelevant to the grand jury’s work," Trump's lawyers said.

"[The similarity to the House subpoena] confirms that [Vance] lacked a goodfaith basis and that the subpoena amounts to harassment of the President," they also said.

Trump's lawyers, in the complaint, also said that the documents requested by Vance exceed his authority as a state official whose jurisdiction is Manhattan because many of the entities for which he seeks information operate outside of Manhattan. The document also criticizes the scope of "personal or professional" communications within and outside of the Trump-connected entities that are requested by the subpoena in addition to the financial documents.

"Even on its face and without any context, the Mazars subpoena is so sweeping that it amounts to an unguided and unlawful 'fishing expedition' into the President’s personal financial and business dealings," it reads.

Trump is asking the U.S. District Court for the Southern District of New York to invalidate the subpoena and grant a permanent injunction banning Mazars from revealing his financial information, among a handful of other relief claims.

Vance, however, is sure to fight the president's arguments, and after his qualified victory at the Supreme Court earlier this month he swore to continue prosecuting the president.

"This is a tremendous victory for our nation’s system of justice and its founding principle that no one – not even a president – is above the law," he said. "Our investigation, which was delayed for almost a year by this lawsuit, will resume, guided as always by the grand jury’s solemn obligation to follow the law and the facts, wherever they may lead."

Trump, on the other hand, called the case a "political prosecution" on Twitter and labeled New York "politically corrupt" as he made clear his objection to the Supreme Court's ruling against his absolute immunity claim.