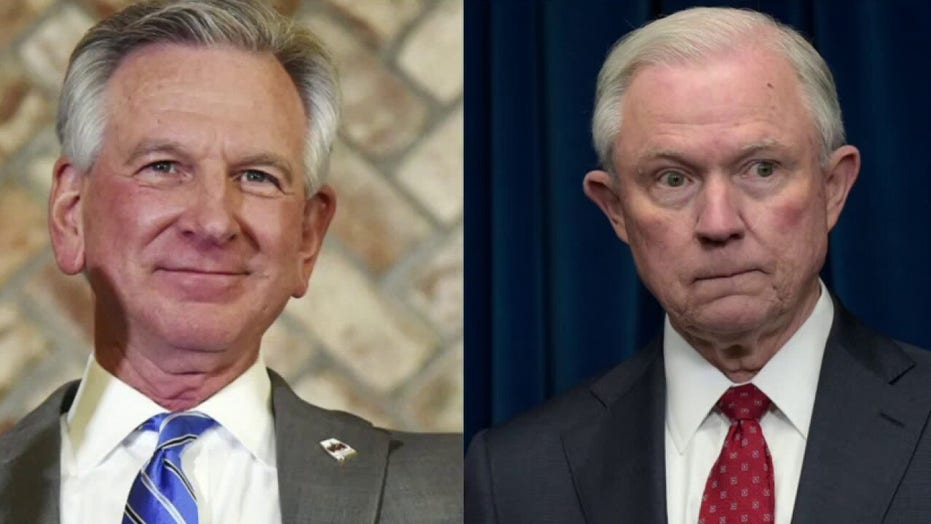 While the influence of political endorsements is always debatable, there’s little argument that President Trump’s backing in a Republican primary can make a big difference.

While his record’s not perfect – three Trump-endorsed House candidates lost primaries in recent weeks – the president’s support is extremely influential, especially in potential low turnout contests such as in Tuesday’s Senate runoff in Alabama and two House district runoffs in Texas.

In Alabama, former U.S. Attorney General Jeff Sessions is fighting for his political life as he fights off the ire of the president. Sessions, who served a dozen years as senator from Alabama before becoming Trump’s first attorney general in 2017, angered the president by recusing himself that year from the Russia investigation into the 2016 election.

Sessions, who was the first Republican senator to back Trump in the 2016 presidential election, was forced out as attorney general in November of 2018. Since then, he’s repeatedly served as a public punching bag for Trump.

And as the 73-year-old Sessions runs for his old job in the Senate, his rival – first-time politician and former Auburn University football coach Tommy Tuberville – enjoys the president’s backing.

Tuberville doesn’t miss an opportunity to showcase Trump’s endorsement. His pinned tweet on Twitter is from March – when the president backed him. And on the eve of the Alabama GOP Senate primary runoff, he again tweeted a picture of himself with Trump.

Sessions stresses it's not up to Washington to dictate the election in Alabama.

"The president can endorse who he wishes," he’s repeatedly said. "But the people of Alabama will decide this race."

On Saturday, after Trump tweeted that “Jeff Sessions is a disaster who has let us all down. We don’t want him back in Washington!” – Sessions returned fire – calling Trump’s tweets “juvenile insults” and emphasizing that “Alabama does not take orders from Washington.”

Last week Sessions told Fox News that Tuberville’s “hiding from issues. He's weak on China. He's weak on trade. He's weak on immigration. All three of those, his statements are really troubling. He does not need to be Alabama's voice in the United States Senate. I have stood firmly for our values. Stood up against hostility. I've been vetted. They've come after me. I'm not backing down.”

Veteran Alabama-based Republican political consultant Angi Stalnaker told Fox News, “Jeff Sessions allowed the narrative to become Jeff Sessions versus Donald Trump. Tommy Tuberville really has nothing to do with this race at all. He’s not making speeches. He’s not doing debates. His only argument is Donald Trump likes me. If a light pole had run against Jeff Sessions, Donald Trump would have endorsed the light pole.”

And she emphasized that “team Tuberville is going to be the beneficiary of that very, very, flawed mistake.”

With the most recent polling suggests Tuberville with a double-digit advantage over Sessions, a top Tuberville supporter acknowledged the importance of the president’s endorsement.

“Coach Tuberville's work ethic has got him where he's at, but having President Trump come out and endorse him has certainly put the wind underneath his sails because Alabama is Trump country," Alabama House majority leader Nathaniel Ledbetter told Fox News.

The winner in Tuesday's runoff will advance to the general election to take on Sen. Doug Jones, who is the most vulnerable Democrat in the Senate in this year’s general election. As the Republicans look to hold onto their 53-47 majority in the Senate, Alabama may be their only real shot of flipping a Democratic-held seat.

While Trump’s endorsement may be the crucial factor in the runoff, Stalnaker pointed out that “up until now, the president’s 0 for 2 in Alabama Senate races. He has never endorsed a Senate candidate in the state of Alabama that won.”

In the 2017 special election to complete Session’s term as senator, the president endorsed and campaigned for appointed Sen. Luther Strange, who was defeated in the GOP primary by conservative firebrand Roy Moore.

Two months later Trump backed Moore – a former Alabama Supreme Court chief justice who was facing multiple sexual misconduct allegations – including one from a girl who was 14 at the time of the alleged assault. Moore denied the allegations.

Top congressional Republicans called on Moore to drop out of the race and the National Republican Senatorial Committee declined to support him. Jones narrowly edged out Moore in the general election to become the first Democrat to win a Senate seat in Alabama in a quarter century.

Trump had previously nominated Jackson for Veterans Affairs secretary, but the doctor withdrew from consideration after facing allegations of alcohol abuse and mishandling prescription drugs. Jackson called the charges “false and fabricated.”

Political pundits say that the president’s tweet of support just days before the March primary helped Jackson make it the runoff election, which was delayed due to the coronavirus pandemic.

Jackson faces Josh Winegarner — a lobbyist for the Texas Cattle Feeders Association – in the runoff. Winegarner has the backing of Thornberry, as well as other local endorsements. The winner of the runoff will be considered the overwhelming favorite in November in a district where Republicans hold the upper hand.

But Sen. Ted Cruz of Texas – who battled Trump in the 2016 GOP Republican presidential primaries – has endorsed Gonzales’ rival in the contest, Air Force veteran Raul Reyes. The winner of the runoff will face off in a competitive battle against Democrat Gina Ortiz Jones in the general election.

Former Air Force helicopter pilot MJ Hegar has been targeting Republican Sen. John Cornyn of Texas for months – but first she has to win her party’s Senate nomination.

Hegar, who has the backing of the Democratic Senatorial Campaign Committee and has outraised Cornyn last quarter in the battle for campaign cash, is facing off against Texas state Sen. Royce West of Dallas, who’s tapping into the political energy the past two months from the nationwide protests against systemic racism sparked by the death of George Floyd at the hands of police.

West, who’s Black, is emphasizing his work in the state legislature on criminal justice reform, including his writing of a 2015 state law that expanded the use of police body cameras.

Tuesday is also primary day in Maine, where the race at the top of the ticket is grabbing headlines.

Democratic state House Speaker Sara Gideon – who has the backing of national Democrats and who’s scored eye-popping fundraising hauls in her bid to oust Republican Sen. Susan Collins – is the favorite in the Democratic Senate primary.