The couple, who are White, stood in front of their home, both armed with guns, shouting back and forth with a march that included Black Lives Matter protesters, the St. Louis Post-Dispatchreported. One of the people was aiming a gun directly at demonstrators, who were marching on the home of Mayor Lyda Krewson to demand her resignation after she read aloud names and addresses of protesters who wanted to cut police funding. 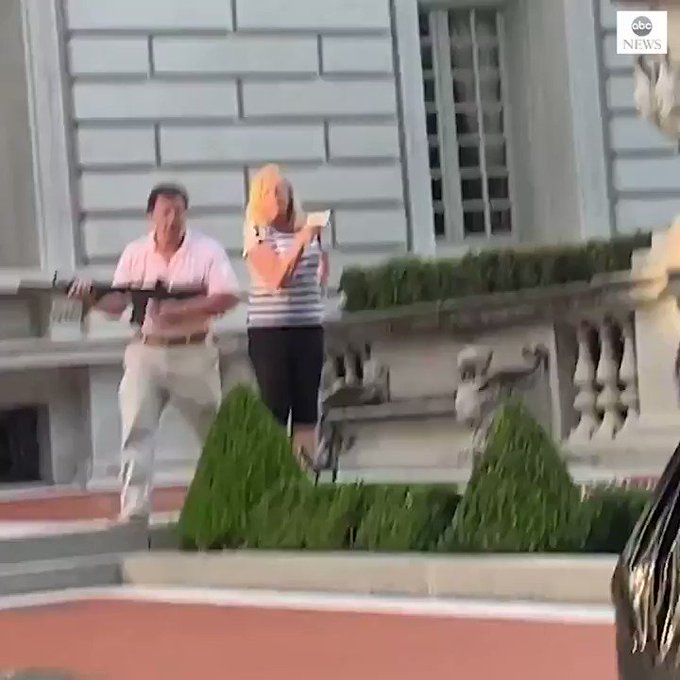 Trumpretweeted the ABC News video without comment, appearing to endorse the couple’s stance. The White House didn’t immediately respond to a request for comment.

On Sunday, Trumpretweeted a video of his supporters arguing with critics in Florida, including one who shouted “white power.” Trump later deleted his tweet, and the White House said he hadn’t heard the phrase.

The president on Monday also retweeted a series of wanted posters from U.S. park police seeking to identify people suspected of vandalizing statues near the White House.