“I’m very thrilled with what's happened on the vaccine front, that's been absolutely incredible. Nothing like that has ever happened medically, and I think people are acknowledging that,” Trump began, after announcing the briefing only moments before.

The president noted it was the ninth time since the beginning of 2020 the market had broken records and the 48th time under his presidency. 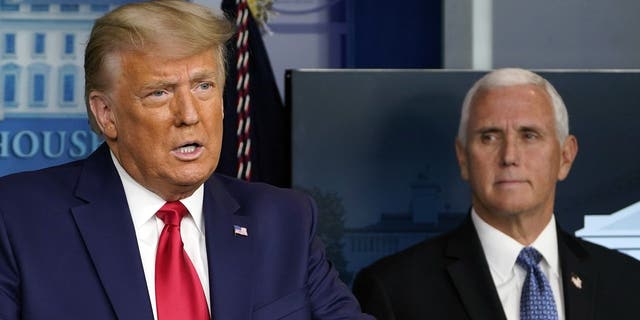 The rally was also supported by the likelihood that President-elect Joe Biden will formally appoint former Federal Reserve Chair Janet Yellen as his Treasury secretary.

Looking at stocks, those tied to the reopening of the economy continued to gain momentum after AstraZeneca on Monday became the third company to announce positive news regarding its COVID-19 vaccine.

The certification comes as President Trump’s campaign is appealing a federal judge’s dismissal of his campaign’s effort to block the certification of votes in Pennsylvania, but Trump made no mention of his legal pursuits.