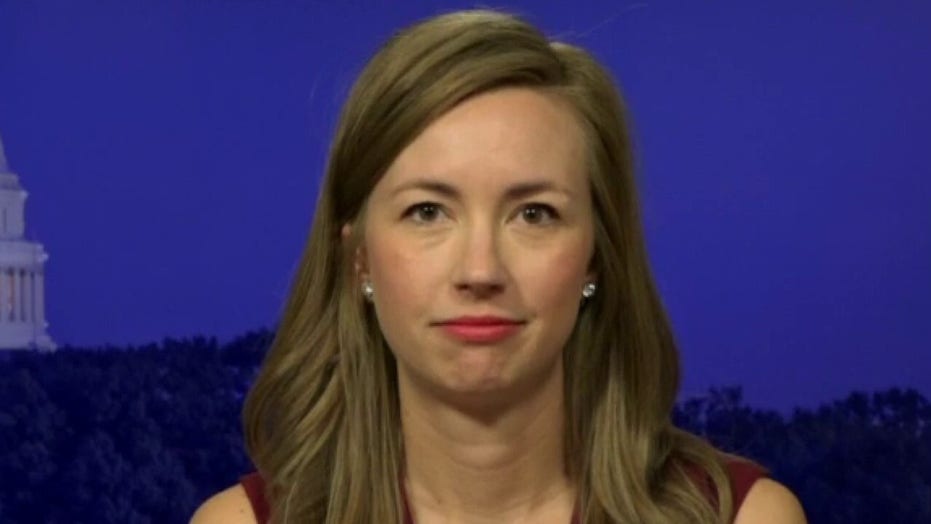 What does larger early voter turnout from Democrats mean for the 2020 election?

Heritage Action Executive director Jessica Anderson says Americans, mainly Democrats, are voting at ‘historic trends’ in the early voting period and explains what it means for the 2020 election.

With the November election less than two weeks away, President Trump is continuing his campaign swing through the pivotal battleground states with a planned rally in North Carolina, where he's currently neck-and-neck with Democratic rival Joe Biden.

Trump's rally in Gastonia, N.C., comes just one day before the candidates will face off for the second and final presidential debate on Thursday night, which will be moderated by Kristen Welker of NBC News.

Like the first debate, each candidate will be allotted two minutes of speaking time to answer the moderator's questions; but under a new plan announced Monday by the Commission on Presidential Debates, during that portion of the debate, the opposing candidate's microphone will be muted.

"I'll participate. I just think it's very unfair," Trump said Monday when asked by reporters about the change.

Here's what you need to know about the presidential campaigns and how they'll be spending Wednesday, Oct. 21, 2020, just 13 days away from the election.

Trump is slated to travel to North Carolina for a rally in Gastonia, located about 30 minutes outside of Charlotte.

North Carolina, which Trump narrowly carried in 2016 against Hillary Clinton, is crucial to winning the White House.

A RealClearPolitics average of polls shows Biden with a slim 2.3 percentage point lead in the state.

Biden has no scheduled campaign appearances as he prepares for Thursday's debate.

The vice president will hold a campaign rally in New Hampshire on Wednesday afternoon in Portsmouth. From there, Pence will travel to Ohio for a campaign event in Cleveland.

The California senator will also be campaigning in North Carolina on Wednesday, with scheduled events in Asheville and Charlotte.

Harris will kick-off the day with remarks at an early vote launch mobilization event in Asheville. From there, she will travel to Charlotte. Harris is scheduled to join a virtual campaign fundraiser before participating in another voter mobilization event.