The executive order was first reported on by Bloomberg. According to the outlet, the order would put federal contractors that use H-1B visas for high-skilled jobs under increased scrutiny. 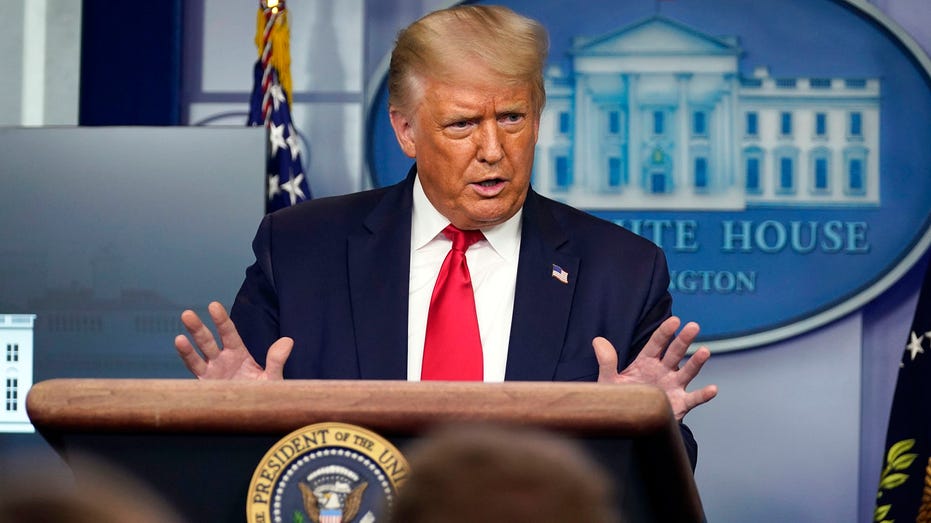 She added: "Today's Executive Order prevents this tragedy from occurring, encourages federal employers to hire Americans first, and yet again delivers on the President's promise to secure jobs on the homeland."

Trump said Monday that he had fired the chair of the Tennessee Valley Authority claiming it has betrayed American workers, telling reporters at the White House that he was formally removing the authority's chair of the board and another member of the board and threatened to remove other board members if they keep hiring foreign labor.

The president is slated to meet with a group of tech workers Monday as he signs the order. "Hire American" has been a common refrain for Trump since the 2016 campaign.

The order comes as the U.S. unemployment rate is above 10 percent amid the coronavirus pandemic, which has left tens of millions of Americans unemployed.

FOX Business' Blake Burman and The Associated Press contributed to this report.

Related News:
Business News:
Phil Spector, Pop Music Hitmaker Convicted of Murder, Dies at 81
Blue Apron vs. HelloFresh: Which meal kit service is best in 2021?
Newsom Administration Won’t Disclose Key Covid-19 Shutdown Data, According to Report
This Is The State With The Highest Property Tax
Los Angeles Covid-19 Update: Workplace Outbreaks Soar Dramatically As Health Officials Warn, “We Have a Problem”
Recent Posts
This website uses cookies to improve your user experience and to provide you with advertisements that are relevant to your interests. By continuing to browse the site you are agreeing to our use of cookies.Ok