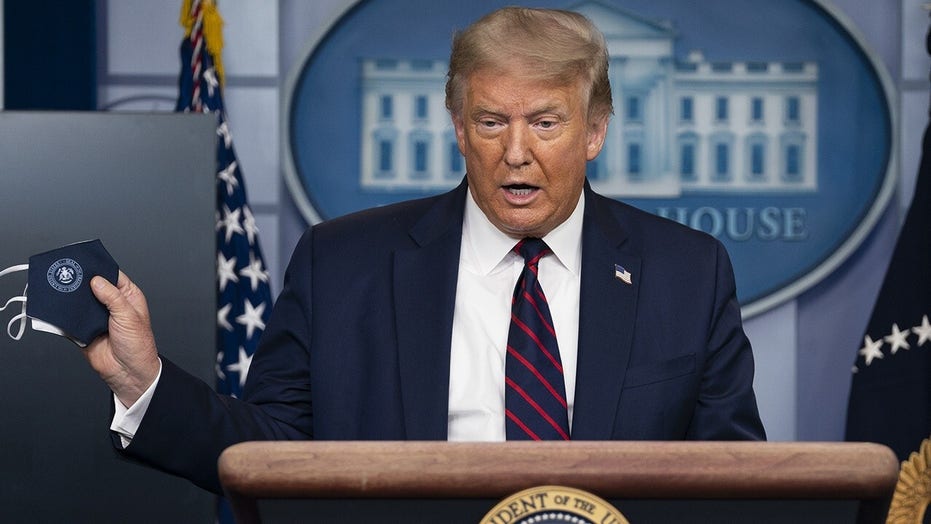 Trump must win the entire Sun Belt to be reelected: Josh Kraushaar

President Trump called Wednesday night for former Department of Homeland Security chief of staff Miles Taylor to face prosecution after he revealed himself as “Anonymous,” the former senior administration official who authored a New York Times op-ed criticizing the presidency in 2018.

Trump took aim at Taylor during a campaign rally in Goodyear, Ariz., referring to him as a “low-level staffer, a sleazebag, who’s never worked in the White House.” Taylor revealed his identity as “Anonymous” in a blog post on Wednesday afternoon.

“The whole thing was just one more giant hoax from the Washington swamp and a corrupt special interest group,” Trump said at the rally. “I’ll tell you what – this guy, in my opinion, should be prosecuted. He should be prosecuted. The left wing media and the swamp are doing everything in their power to try to stop us.”

In his 2018 op-ed for the New York Times, Taylor described himself as a member “of the resistance inside the Trump administration” who was one of several officials “working diligently from within to frustrate parts of his agenda and his worst inclinations.” In 2019, Taylor penned a book entitled “A Warning” as “Anonymous,” detailing apparent discord within the Trump administration.

Taylor resigned from his role at the Department of Homeland Security in June 2019. He took a public policy role with Google later that year and became a CNN contributor last month.

Trump was critical of Taylor’s affiliations.

“His phony book was just passed on fake articles and left wing outlets,” Trump added. “He worked with the, listen to this, the fake news New York Times, and he’s an employee of Google. Isn’t that nice?”

In response to Taylor’s reveal, Google confirmed he is still a company employee but has been on unpaid leave since August.

Trump reiterated his frequent claim that top tech companies such as Facebook, Twitter and Google have engaged in selective suppression of content on their platforms. Top executives appeared before the Senate Commerce Committee earlier Wednesday to discuss potential changes to Section 230, a provision that protects platforms from liability for third-party posts.

“They were very nervous in front of the Senate,” Trump said regarding their testimony. “Without Section 230, they don’t even exist.”