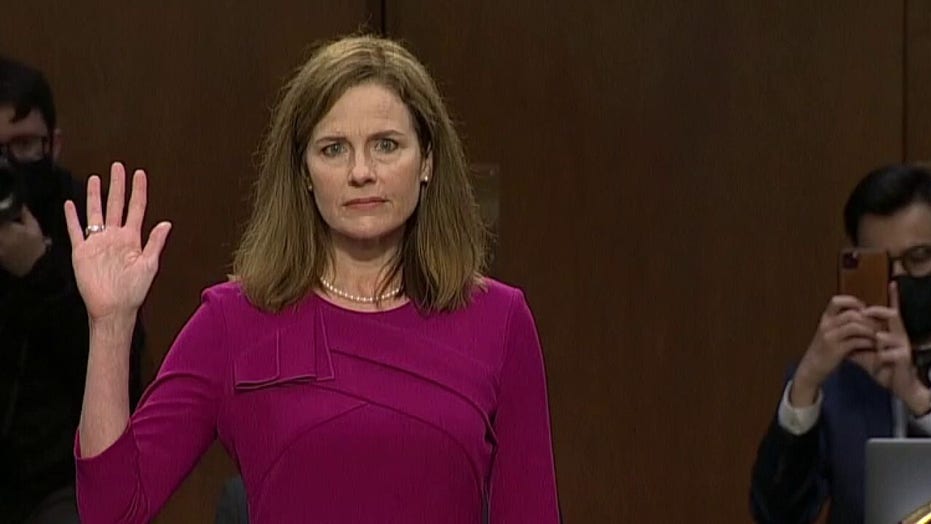 President Trump on Monday said Supreme Court Justice Brett Kavanaugh should “sue the women” who leveled “false and disgusting accusations” against him during his confirmation process to the high court in 2018.

The president’s comments came after Republicans on the House Judiciary Committee tweeted during the first day of the confirmation hearings for Trump’s nominee to the Supreme Court Judge Amy Coney Barrett: “Remember what they did to Brett Kavanaugh. We don’t owe the Democrats anything. #ConfirmACB.”

The president, responding to the tweet, wrote: “He should sue the women, and all of those who illegally worked with them, for false and disgusting accusations!”

The president was referring to Kavanaugh’s confirmation hearings in the fall of 2018. Kavanaugh was accused by Dr. Christine Blasey Ford of pinning her down to a bed and trying to remove her clothing at a high school party 36 years prior to his confirmation hearing. Ford believed the attack to be “attempted rape,” according to her legal team.

Kavanaugh also faced allegations from Deborah Ramirez, who claimed Kavanaugh exposed himself to her at a dorm party during their freshman year at Yale University; and from Julie Swetnick, who claimed Kavanaugh drugged the “punch” at parties and was involved in or present at “gang” and “train” rapes while in high school.

Kavanaugh denied all the claims and was confirmed to the high court in October 2018.

The comments come as Barrett faced her first day before the Senate Judiciary Committee on Monday.

McConnell, R-Ky., has said that the present situation is different because the White House and the Senate are not held by opposing parties.

Republicans, though, appear to have the votes to move forward and confirm Barrett. Republicans have 53 votes in the Senate and can therefore afford three defections if no Democrat votes for the nominee. In that instance, Vice President Mike Pence would be called in to break a tie.

So far, only Sens. Lisa Murkowski, R-Alaska, and Susan Collins, R-Maine, have indicated they oppose moving forward with a confirmation before the election. Murkowski has since suggested she still may vote for the nominee.