The fast-food president suffered a major setback in federal court on Tuesday, when a judge ruled that one of the Trump administration’s signature workplace reforms was “arbitrary and capricious.”

The “joint employer” rule issued by Trump’s Labor Department earlier this year would make it harder for workers to sue big chains like McDonald’s if they’ve been stiffed on the minimum wage or overtime pay. The new ruling issued in federal court sides with the 17 states and the District of Columbia that sued to stop that rule from going into effect.

U.S. District Judge Gregory Woods said the Labor Department under Trump and Secretary Eugene Scalia strayed from the agency’s earlier interpretation of the issue without explanation. Woods, who was appointed by former President Barack Obama, wrote in his decision that the Trump administration also failed to adequately consider how much the new rule would cost workers.

Federal agencies have been wrestling for years over the concept of joint employment: the idea that a single worker may be employed by more than one company. The question is most salient when it comes to subcontractors, temporary staffing firms or franchised businesses, like those found throughout fast food. Advocates for low-wage workers argue that even if a McDonald’s worker is technically employed by a franchisee, McDonald’s itself helps set the working conditions.

The Obama administration took a broader interpretation of joint employment that pleased worker groups and infuriated business groups. The Trump administration took the opposite tack and tried to issue a rule that would cement their more restrictive, employer-friendly interpretation. That, in turn, could reduce the legal threat for corporations like McDonald’s when low-wage workers’ paychecks come up short. 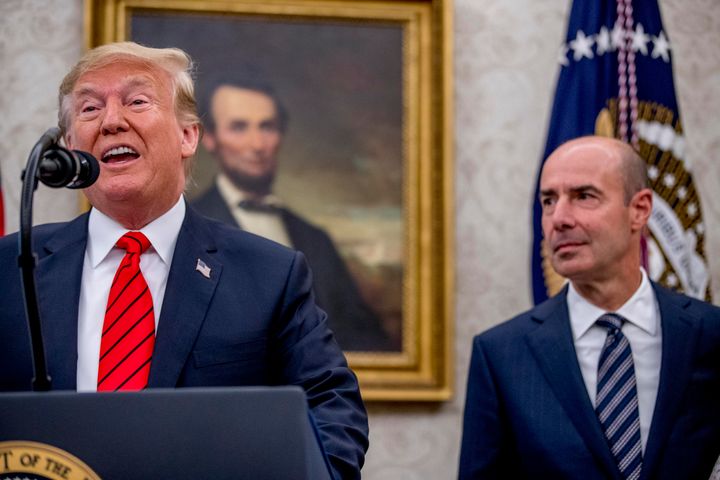 Woods found that the Labor Department glossed over how much the rule could cost workers by making it harder to recoup wages. The administration argued that, in theory, it shouldn’t cost workers anything, because they could still collect back pay from their primary employer (e.g., the franchisee) even if they couldn’t go after the secondary employer (McDonald’s).

The Economic Policy Institute, a left-leaning think tank that opposed the Trump administration’s rule, issued a study estimating it would cost workers $1 billion per year in lost wages. Woods wrote that the administration “did not have to agree with that estimate” but they ignored it instead of doing an analysis of their own. They assumed their rule “would cost workers nothing ― an obviously unreasonable assumption,” he wrote.

The lawsuit against the Labor Department rule was brought by 18 Democratic attorneys general, led by New York and Pennsylvania. In a statement Tuesday, New York Attorney General Letitia James called the ruling “a critical win for the many American workers who would experience wage theft or a decrease in income due to this reckless rule.”

The decision effectively puts the new rule on ice, but the administration has the option to appeal.