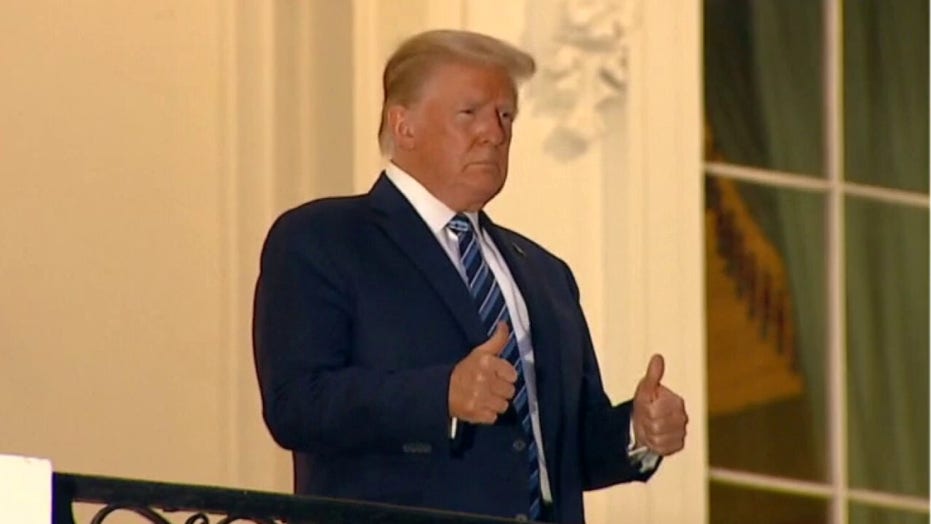 President Trump is deploying a "high-risk strategy" by leaving Walter Reed hospital early with coronavirus ahead of Nov. 3, according to Republican strategist Ed Rollins.

The president's plan in the month before Election Day includes convincing voters that he is well enough to continue on as normal despite his diagnosis and disucss the virus in a new light from the perspective of someone who's had it, strategists and advisers told The New York Times.

"There’s a high-risk strategy here and I hope that the president doesn’t rush back into the campaign mode — which he wants to do before he gets well — until they tell him he’s no longer a danger to everybody else," Rollins told the outlet. 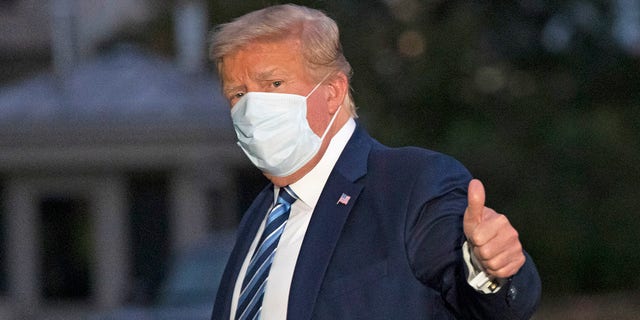 The Trump campaign launched "Operation MAGA" while the president was hospitalized to keep the momentum going and "rally everybody for the last 30 days," with events featuring Vice President Mike Pence and members of the Trump family.

Campaign officials and advisers hope the president will use his experience with COVID-19 to demonstrate to supporters the seriousness of the virus while also convincing them that it can be beaten, according to The Times.

But Trump, since being diagnosed, has himself downplayed the gravity of the virus.

The president compared COVID-19 to the flu in a Tuesday tweet, writing, "Flu season is coming up! Many people every year, sometimes over 100,000, and despite the Vaccine, die from the Flu. Are we going to close down our Country? No, we have learned to live with it, just like we are learning to live with Covid, in most populations far less lethal!!!" 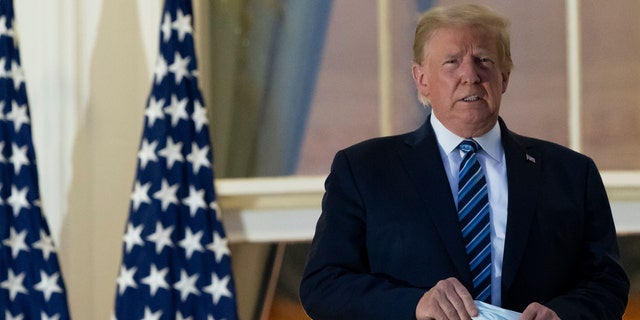 On Monday, he told his Twitter followers, "Don’t be afraid of Covid. Don’t let it dominate your life!" The president later took off his mask upon his arrival to the White House from Walter Reed on Monday evening.

Trump's failure to acknowledge the difference between the health care offered to a sitting president and the care offered to the average American could remind voters that he has downplayed the virus since the early days of the pandemic, The Times reported.

TRUMP PLANS TO DEBATE BIDEN ON OCT. 15, DESPITE COVID-19 BATTLE

"It appears the campaign hasn’t discussed their concept with their candidate," Brendan Buck, a former adviser to former House Speaker Paul Ryan, told the Times. "You would hope someone who has been in serious health crisis would have a bit of an awakening, find a little religion on this, but he seems incapable of doing that."

Democratic nominee Joe Biden and his campaign have embraced Trump's response to his diagnosis in their messaging. The former vice president tweeted a video on Monday showing side-by-side shots of himself putting on a mask and Trump taking his mask off after returning from Walter Reed with the caption, "Masks matter. They save lives."

Biden also brought up Trump's March comment saying he does not "take responsibility at all" for the COVID-19 crisis and called on him to reverse that statement during a Monday town hall.

Vice presidential nominee Kamala Harris has also been critical of the president since his diagnosis.

"Wear a mask, not just for yourself but for those around you and the people you love," she tweeted Monday.

In an Oct. 3 tweet, Harris emphasized the real threat of the virus "for all of us," saying, "Let it be a reminder that we must remain vigilant and take care of ourselves and take care of each other."