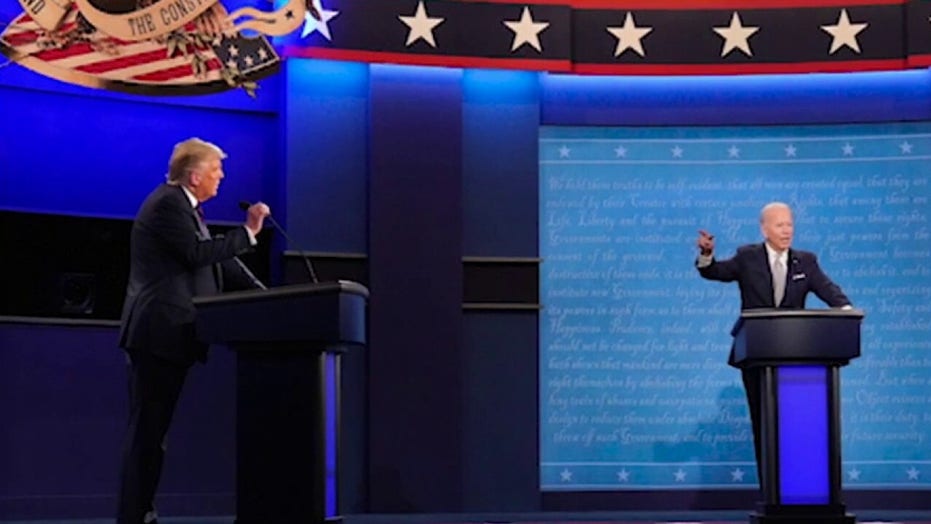 Steve Scully, who serves as a host for C-SPAN's "Washington Journal," interned for Biden after coming to Washington, D.C. as a student, according to Marie Claire. He later worked as a staff assistant for the late Sen. Ted Kennedy, D-Mass., a Democratic icon who was honored at the party's 2012 convention.

On Thursday, one of his tweets resurfaced containing a photo of him with Biden. "Gotta love the @VP at the Biden Beach Bash '16," it read.

C-SPAN and The Commission on Presidential Debates did not immediately respond to Fox News' request for comment.

Scully's past provoked criticism from some and concerns about potential bias at the debate, which is scheduled for Oct. 15.  "How is this even possible?" Dan Gainor, vice president of the conservative Media Research Center, asked Fox News. "When they picked the moderator did they try to ensure that it would be biased to benefit Biden? This is the equivalent of giving the Democrats home-field advantage."

At the beginning of September, Scully did an interview in which he committed to being fair "across the board." He said his training as a backup moderator in 2016 helped him prepare for his role this election. Scully's debate will be a townhall format at the Center for the Performing Arts in Miami, Florida.

"The town hall meeting is unique because it's really more of a facilitator role, but to listen carefully, to follow up, to make sure that the president, that Joe Biden … follow the rules, that they don't filibuster," he said. "And my hope really is that we're going to ask very direct questions, and we're going to push for very direct answers, and to make sure it's fair across the board."

After graduating from American University, Scully received his master's degree in journalism from Northwestern University's Medill School of Journalism in 1985.

According to his George Washington University bio, Scully has spent decades at C-SPAN, managing election coverage since 1992. The program he anchors on Sundays features interviews with high-profile interviews while taking calls from viewers across the political spectrum.