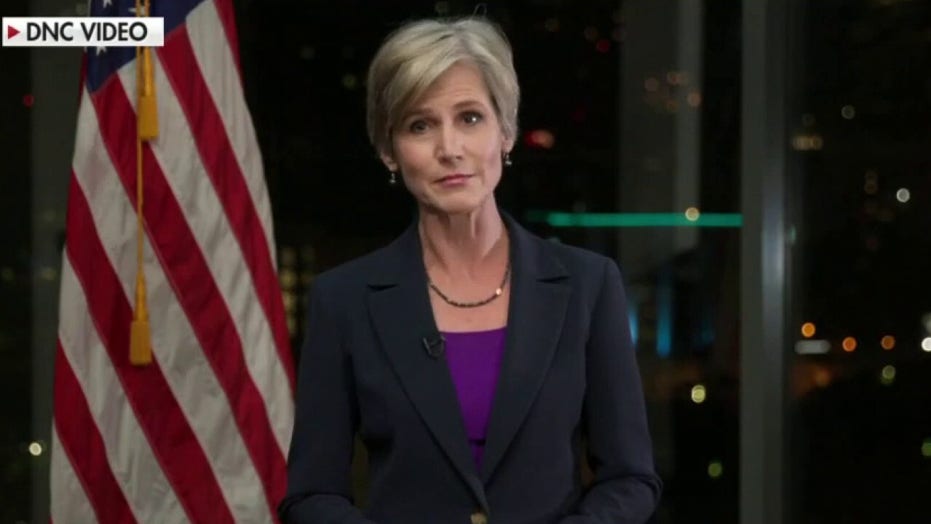 “I thought it was a sad night,” he said Tuesday, on the second night of the Trump campaign’s recap of the convention called “The Real Joe Biden.” “Bill Clinton looked old and terrible…You had Sally Yates who got fired by President Trump for being awful, let’s be honest, and then John Kerry – they sort of rolled out the losers.”

“Are we going to call it the loser night?” Trump campaign senior adviser Mercedes Schlapp joked.

“They may not have given her a lot of time tonight, but when you look at the platform, they have given her and her cohorts an enormous amount of influence,” Epshteyn said of AOC's appearance.

The team also criticized former President Bill Clinton as a speaker Tuesday night, calling him the “poster child” for the #MeToo movement.

Epshteyn criticized what he called “globalism” on display during the foreign policy segment of the convention that included former Secretaries of State John Kerry and Colin Powell.

Cortes agreed it was basically a “Reunion of the architects of the Iraq War.”

It was like a “bad homecoming party,” Schlapp quipped. “They don’t talk policy. It’s like 'Uncle Joe is a good guy.' That’s just not going to cut it when you’re going to be president of the United States.”

Epshteyn said in his experience “the campaign reflects the candidate. So their candidate is diminished, decrepit, messy in a deep, dark basement in Delaware.”

A critical point made Tuesday was that the record shows Biden has been unable to make tough decisions, Schlapp said. “He was wrong on Iraq, he was wrong on the Iran nuclear deal, he didn’t want to kill Usama bin Laden…and so they’re just not exposing the truth on Joe Biden’s lack of leadership when it came to tough foreign policy issues," she said.

Schlapp added that she was looking forward to hearing “opportunist” Sen. Kamala Harris speak Wednesday. “She’s someone who we need to keep talking about her record," she said. "The most liberal senator in the Senate. She’s the one who keeps cementing this socialist takeover of the left."