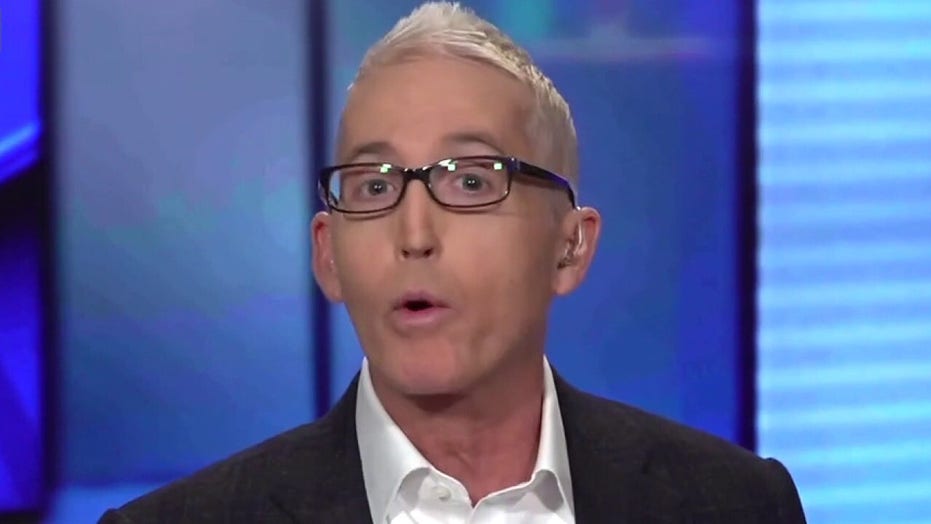 Gowdy: Anybody ‘who hasn’t dated Chinese spy’ could replace Swalwell

"If immediate reports are correct, you've got more than one investigation into Biden family members," Gowdy told "Outnumbered Overtime". "So, I don’t think the grand jury is foul play, the United States Attorney’s office is not foul play."

Gowdy added that the investigations stem from "probable cause."

During an interview with CBS "Late Show" host Stephen Colbert that aired Thursday night, Biden expressed "confidence" in his son.

In raising the subject of Hunter Biden, Colbert told the president-elect that "the people who want to make hay in Washington are going to try to use your son as as a cudgel against you.

"How do you feel about that?" Colbert asked. "And what do you have to say to those people?"

"I have, we have, great confidence in our son," responded Biden, referring to his wife, Jill. "I am not concerned about any accusations being made against him. It's used to get to me. I think it’s kind of foul play, but look, it is what it is and he’s a grown man, he is the smartest man I know. I mean, from a pure intellectual capacity – and as long as he’s good, we’re good."

The Biden transition team clarified that Biden was not referring to the investigation as "foul play," but rather was referencing Republicans who have used Hunter Biden's business dealings to go after the president-elect for months.

When Colbert asked how he would handle attacks from Republicans, Biden said he would be willing to work with critics because it’s what’s best for the country.

The Delaware U.S. Attorney is investigating Hunter Biden’s tax "affairs" – a probe that has been ongoing since 2018 but was only recently publicly disclosed.

Hunter Biden has a complex network of international business dealings. His involvement with Ukranian energy company Burisma in 2014 has come under intense scrutiny, and was a repeated target of President Trump during his campaign for the 2020 presidency.

The younger Biden was paid $50,000 per month to serve on the board of Burisma, causing concern about the perceptions of a conflict of interest given the fact that his father was involved in U.S. policy toward Ukraine.

Gowdy also highlighted the lack of coverage of the events surrounding Hunter in the media.

"There are three groups, Harris, I think that provide oversight in our culture. You have the executive branch, and there are ongoing criminal investigations. You have a congress, but, you know, the House is not going to do anything. And the Senate will only do something if they [Republicans] win one of the seats in Georgia. And then, of course, you have the media,"

"Look, I don't follow the news like you do, Harris, but I haven't seen that many questions posed to Joe Biden about his son," Gowdy added to host Harris Faulkner. "You know, what he said was he had nothing to do with his son's business. So, the answer to whether or not that is true is relevant … If he is right, then someone is trafficking in his name without his knowledge, and if he is wrong, then he told us something that is a lie and your credibility is always relevant."