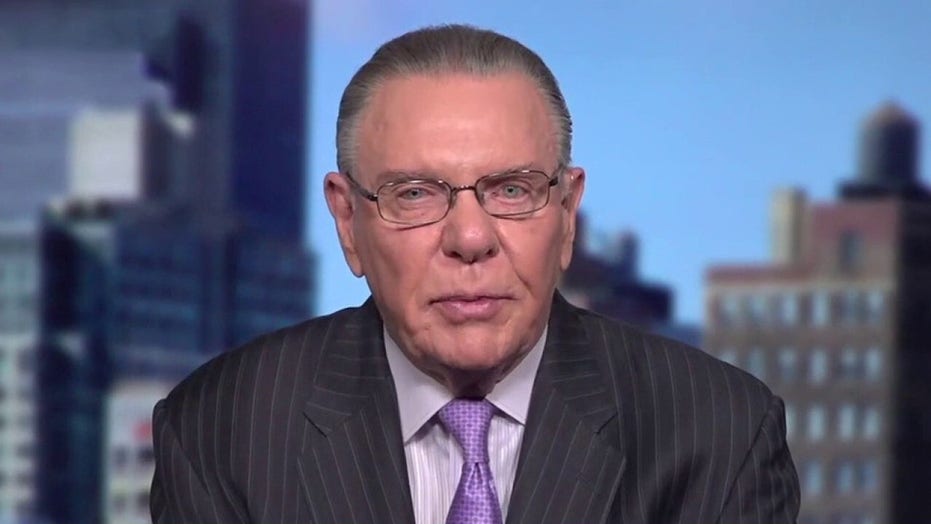 Top Democrats this week were measured in their support for Israel, even as the longstanding U.S. ally faced a continued barrage of rocket attacks from Hamas, amid pressure from their far-left flank to condemn Israel.

The fighting came to a stop after more than 200 deaths over 11 days on Friday when Israel announced a cease-fire, which was negotiated with the help of Egypt, the neighboring country that for decades has served as a mediator in conflicts in the region.

But before the fighting ended, Democratic leaders, including President Biden and Senate Minority Leader Chuck Schumer, D-N.Y., walked a thin line between backing Israel’s right to defend itself and avoiding alienating vocal anti-Israel voices within their own party.

Schumer was asked at a news conference Tuesday whether he believed the Biden administration was doing enough help stop the fighting. Schumer referred to a statement put out by Sens. Chris Murphy, D-Conn., and Todd Young, R-Ind., that called for a cease-fire while recognizing that Israel has a right to defend itself.

He similarly dodged a question Monday when asked whether he would join a statement by 28 Senate Democrats that also called for a cease-fire but did not include language saying Israel has a right to self-defense.

“I want to see a cease-fire reached quickly and mourn the loss of life,” he said, pointing to the Murphy-Young statement.

When asked in the same exchange whether he would support a $735 million arms deal with Israel that has come under scrutiny in recent days, Schumer simply did not answer the question.

Schumer’s reluctance to make strong statements under his own name this week comes despite the fact he is known as one of the strongest defenders of Israel on Capitol Hill.

“Where is Chuck Schumer coming to the defense of Israel?” Republican Jewish Coalition Executive Director Matt Brooke said in a Friday interview with Fox News. “It’s a political calculation. Chuck Schumer is putting his own political interests above the interests of Israel and the Jewish community, plain and simple. He’s worried about a primary challenge from the left, whether it’s AOC or another progressive.”

Schumer’s office did not respond to a request for comment from Fox News for this story.

The Biden administration has been similarly careful in its response to the fighting.

White House Press Secretary Jen Psaki on Monday emphasized that Biden was working behind the scenes to try to broker peace. But she wouldn’t answer a yes or no question about whether the Israeli response to the Hamas attacks was “disproportionate.” 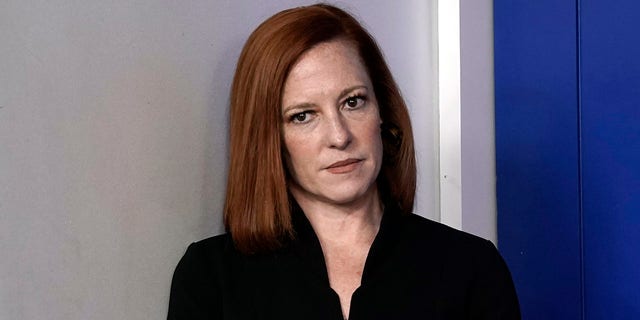 White House Press Secretary Jen Psaki arrives at a press briefing at the White House in Washington on May 14, 2021. Psaki this week would not say whether the Israeli response to Hamas was "disproportionate." Photo by Yuri Gripas/Pool/Sipa USA No Use Germany.

“We don’t think — I don’t think it’s constructive,” she said. “We’re not going to give a day-by-day grade.”

This week the Biden administration also used its U.N. Security Council veto power to block resolutions calling for a cease-fire, which would have been a significant rebuke of Israel. But Biden also told Israeli Prime Minister Benjamin Netanyahu Wednesday that he expected “significant de-escalation today on a path to a cease-fire.”

That statement notably did not include language about Israel’s right to defend itself, which was in a statement from the president earlier in the week.

Reacting to the cease-fire Thursday, Biden said, “I believe that Palestinians and Israelis equally deserve to live in safety and security and to enjoy equal measures of freedom, prosperity, and democracy.”

The careful approach by Biden and Schumer comes as some Democrats have railed against Israel all week.

Sen. Bernie Sanders, I-Vt., introduced a resolution Thursday to force a vote on whether to block weapons sales to Israel.

“At a moment when U.S.-made bombs are devastating Gaza, and killing women and children, we cannot simply let another huge arms sale go through without even a Congressional debate,” Sanders said in a statement.

“The United States should not be rubber-stamping weapons sales to the Israeli government as they deploy our resources to target international media outlets, schools, hospitals, humanitarian missions and civilian sites for bombing,” she said.

Rep. Ilhan Omar, D-Minn., accused Israel of “terrorism” while a flood of Democrats hit the House floor to give speeches against Israel. Some took aim at the Biden administration’s policy toward Israel, including Rep. Rashida Tlaib, D-Mich.

“As long as the message from Washington is that our military support for Israel is unconditional, Netanyahu’s extremism right-wing government will continue to expand settlements, continue to demolish homes and continue to make the prospects for peace impossible,” she said.

And in the wake of the cease-fire, Tlaib said, “The U.S. must condition funding to uphold human rights, and end the funding entirely if those conditions are not met.” Tlaib got into a heated exchange with Biden during a visit to Michigan this week when she confronted him, before later saying on MSNBC, “Enough, President Biden… You have to speak out against this violence in a very aggressive way.”

“The pro-Israel Democratic Party of just a decade ago is unrecognizable today,” Brooks told Fox News.

“Never have we ever seen Democratic members of Congress going to the floor of the U.S. House of Representatives to condemn Israel and denounce Israel as she was under attack,” he said.

Some Democrats, however, did issue strong pro-Israel statements both on the House floor and in answering questions from the press. Rep. Debbie Wasserman Schultz, D-Fla., proclaimed on the House floor that “Hamas and Islamic jihad are singlehandedly responsible for the escalation that has led to the bloodshed of Israelis and Palestinians… Israel has every right to defend herself.”

“Hamas, a terrorist organization who has made it very clear that they want to see Israel obliterated from the Middle East, the Jewish state to be destroyed.,” Hoyer said. “Israel’s right to defend themselves against such an attack.”

The debate among Democrats over how the U.S. should handle its relationship with Israel comes amid a wave of anti-Semitic attacks through the United States. As recently as Thursday, pro-Israel and pro-Palestinian protesters clashed on a midtown Manhattan sidewalk as fireworks were thrown at people from a car.

Democrats, including Omar, have condemned anti-Semitic violence, including an incident at a Los Angeles sushi restaurant reported by the Los Angeles Times that is being investigated as a hate crime.