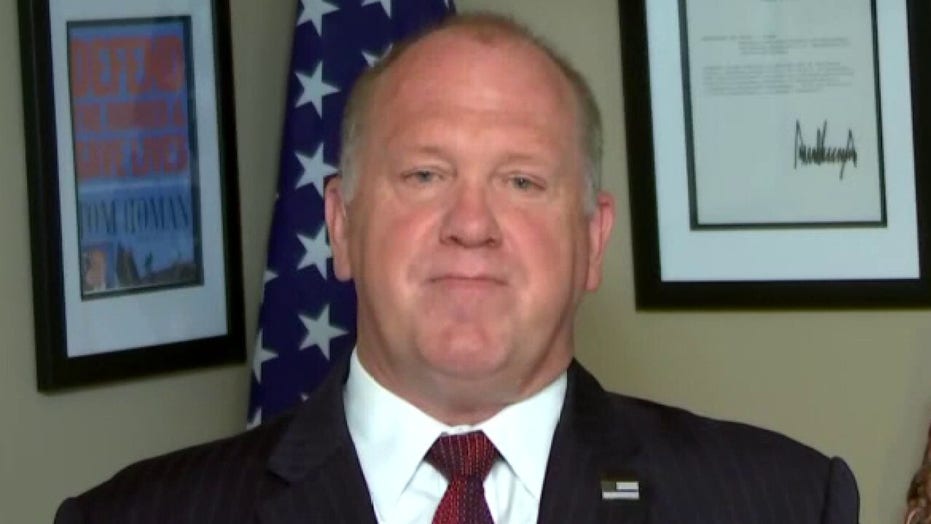 There’s no doubt that former Vice President Joe Biden’s election as president would spark a dangerous and massive new wave of illegal immigration and drug smuggling into the U.S.

This would be particularly harmful as our country struggles with high unemployment, tough economic times and crowded hospitals due to the coronavirus pandemic. At the same time, many communities are now experiencing sharp increases in crime, as liberal Democrats demonize and defund the police.;

In a move to win the support of advocates of open borders on the Democratic Party’s far-left wing for his presidential campaign, Biden has made it clear that he would throw a giant welcome mat across our southern border for illegal immigrants.

So it’s clear that Biden’s position on illegal immigration isn’t about what’s best for this country — it’s about future political power for Democrats.

Biden wants to quickly and deliberately undo the remarkable success President Trump has achieved in enforcing our immigration laws and cutting illegal immigration. For example, Biden has said he would stop all deportations of illegal immigrants on his first day as president.

He has also said that only illegal immigrants with serious felony criminal convictions should be deported.

These two statements alone are music to the ears of anyone wanting to come to the U.S. illegally and to the criminal cartels that can and will expand their organizations.

These actions and others by a President Biden, listed below, would most surely act like a powerful magnet to draw more illegal immigrants into our country.

As a result of President Trump’s policies, which have drawn fierce opposition from congressional Democrats and federal courts, illegal crossings into the U.S. from Mexico were down an extraordinary 84 percent in May from May 2019. No president has done a better job in stemming the tide of illegal immigration.

Biden wants to quickly and deliberately undo the remarkable success President Trump has achieved in enforcing our immigration laws and cutting illegal immigration.

But since May illegal crossing have risen, as cartels that smuggle people and drugs into the U.S. have drawn encouragement from Biden’s positions and from polls showing him leading President Trump in their election race.

In addition to promising an end to deportations for all but violent criminal illegal immigrants, the former vice president has promised to provide free medical care to illegal immigrants. That’s quite an enticement, especially to foreign nationals suffering from serious illnesses who want access to the best health care system in the world, with U.S. taxpayers picking up the tab.

Biden has also promised that he would allow young people brought into the U.S. illegally as children and now protected from deportation under the DACA (Deferred Action for Childhood Arrivals) program to become citizens and get federal student aid to pay for their college educations.

Illegal immigrants would also be eligible for a slew of federal welfare assistance payments under a Biden administration.

Even illegal immigrants living in the U.S. today because they have gone into hiding after being ordered deported by federal judges would be allowed to stay and become citizens if Biden becomes president, he has said.

On top of this, workplace raids to find illegal immigrants would cease if Biden becomes president.

And Biden would increase the eligibility of illegal immigrants for asylum to include convicted criminals.

Not satisfied with that, Biden has said he wants to "dramatically increase U.S. government resources to support migrants awaiting assessment of their asylum claims and to the organizations providing for their needs" — in essence providing federal dollars to support people who have entered the U.S. illegally.

And by now, you’ve probably figured out that the border wall President Trump is building to protect our national security would be stopped dead in its tracks in a Biden administration, even though Biden voted for the Secure Fence Act in 2006 when he was a senator representing Delaware. This is just one example on how he has changed his long-held views to accommodate the left.

Biden would also end the detention of illegal immigrants in private facilities.

Add all these policies together and you have what amounts to an end to enforcement of all immigration laws. While Biden isn’t calling for the elimination of the federal Immigration and Customs Enforcement (ICE) agency and the Border Patrol, he might as well do so. He would leave these law enforcement agencies with no powers and nothing to do except act as welcoming committees for illegal immigrants.

In fact, under a Biden administration there would — for all practical purposes — no longer be any such thing as an illegal immigrant. Anyone who wanted to enter the U.S. could do so, without fear of legal consequences.

If you can’t detain or deport people entering the U.S. in violation of our laws, there is simply no deterrence and there are no consequences for illegal immigration. Why wouldn’t more people from other countries come here, ignoring our unenforced laws?

Right now America is home to about 4 percent of the world’s population. If we allow everyone from everywhere to immigrate to our country and become citizens, that figure could go a lot higher.

This November is the most important election in my lifetime and in the lifetimes of all of you reading this. It will determine if the United States of America is a sovereign nation or not, and if we have a secure border or don’t.