Sen. Tom Cotton, R-Ark., accused Dr. Fauci of lying to Congress over funding of “gain-of-function” research in China during his testimony on Capitol Hill, calling for an investigation into the matter. Sen. Cotton joined “Fox & Friends” to discuss Fauci and President Biden’s new travel ban in response to the COVID omicron variant.

TOM COTTON: Tony Fauci lied to Congress and he should be investigated. He repeatedly said that his agency did not fund dangerous and risky gain of function research in those Wuhan labs, which almost certainly was the origin of this virus. He said it repeatedly to Congress. His agency just admitted a few weeks ago that yes, they did in fact, fund gain of function research. So there’s a lie there. It’s either Tony Fauci lying to Congress or his agency after months of stonewalling, writing a letter to Congress and admitting it. I suspect it’s Tony Fauci lying on the spot in his testimony to Congress. He put the American people at risk by funding this dangerous research, which was happening under the Obama administration, which he thought he knew better than the people’s elected representatives. It’s just another example of how these bureaucrats think that they are the science, that they represent the epitome of knowledge and those grubby politicians, like the president of the United States and United States senators and representatives, have no business telling them what to do. That’s not the way our democracy functions. 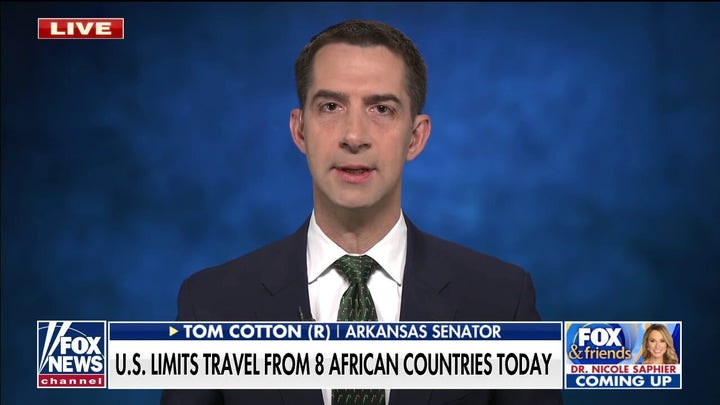