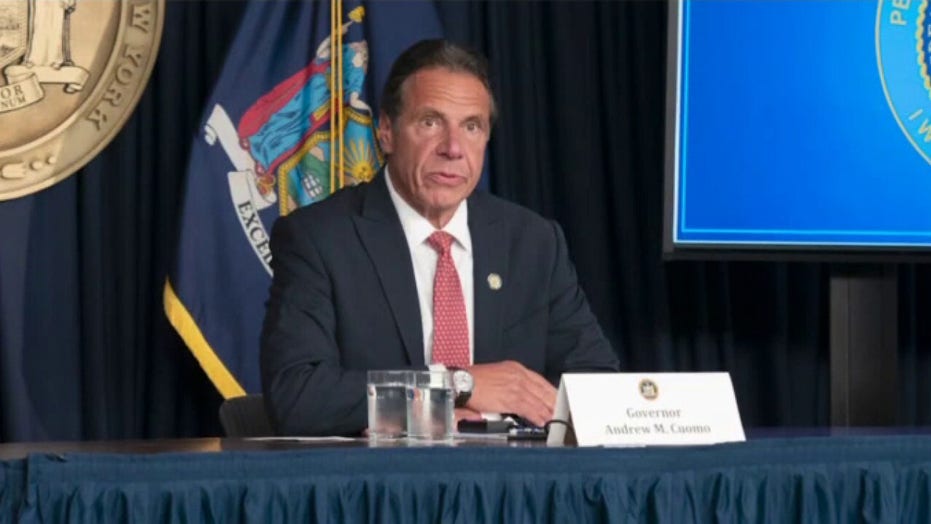 Gov. Cuomo ‘missed the memo’ of the Me Too movement: Maureen Callahan

Time Magazine national political correspondent Molly Ball said the “walls are closing in” on New York Gov. Andrew Cuomo following the conclusion of the state attorney general’s office’s investigation into the sexual harassment claims against him, which found that he had harassed multiple women and retaliated against a former employee who complained.

“Can he weather this storm, these calls to resign, an impeachment inquiry and now a criminal complaint?” CNN’s Manu Raju asked Ball on Sunday’s “Inside Politics.”

“It’s getting harder and harder to see how that would happen, just given the sheer volume of things coming at him at this point,” she replied.

“There is a feeling, you know, he is notoriously strong-willed, I guess you could say, a difficult and determined politician,” Ball said. “And so there is a feeling that he will make this as difficult as possible. It’s not going to go without a fight.”

And that fight, Ball predicted, will be “ugly.” But, with all sides coming for him, Ball concluded that the “walls are closing in” on the governor.

New York Times National Political reporter Astead Herndon similarly noted that Cuomo’s group of confidants is “shrinking and getting smaller.” While many have compared Cuomo’s situation to that of Virginia Democratic Gov. Ralph Northam, who rebuffed calls to resign following his blackface scandal in 2019, Herndon argued that Cuomo’s political future is more precarious because he doesn’t have the same level of support Northam garnered.

“Northam had a support of a Black community there that decided to rally around him for political purposes,” Herndon explained. “You don’t have people who need governor Cuomo in that sense right now. That circle is shrinking and getting smaller by the day.”

Democrats in the New York State Legislature have said they’re prepared to move on impeachment proceedings.

“It’s coming down to the ego of one man about whether he’s going to do that,” Herndon said.

While analysts have begun to weigh in on the scandal, CNN was blasted over how it handled the breaking news last week, particularly in letting the governor’s brother, CNN host Chris Cuomo, go on air that evening as scheduled, even after James’ report showed that the CNN personality had helped his brother draft a public response to the allegations.

Cuomo did not address the scandal on his program, instead telling his audience “we’re focused on COVID here.” The episode gave critics the opportunity to revisit their outrage against CNN for not punishing Cuomo for his role in his brother’s scandal.

“By allowing Chris Cuomo to keep his job and not face any suspension for advising his brother to not apologize and push on, CNN enabled this sexual miscreant, the Governor of New York,” NewsBusters managing editor Curtis Houck tweeted.