(CNN Business)Apple will not allow Fortnite back on its devices until its legal battle with the video game’s maker, Epic Games, has fully concluded, potentially delaying the game’s return to iPhones by several years.

A lawyer for Apple (AAPL) said the company “has exercised its discretion not to reinstate Epic’s developer program account at this time” in response to a request from the video game maker to do so, according to a letter sent to Epic’s lawyer and tweeted by the company’s CEO, Tim Sweeney, on Wednesday.
“Furthermore, Apple will not consider any requests for reinstatement until the district court’s judgment becomes final and non-appealable,” said the letter from Apple’s lawyer, a copy of which was provided to CNN Business by Epic. 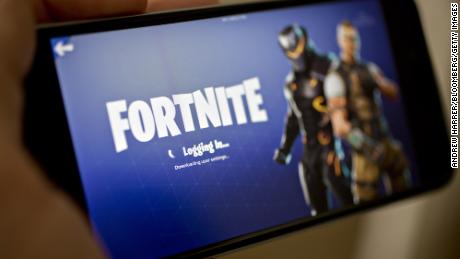 The move further escalates a months-long court battle between the two companies over Apple’s rules for its App Store and suggests the hugely popular game won’t make it back onto iOS devices until the end of an appeals process. Sweeney said in a tweet that process could take as long as five years.

A judge in California ruled earlier this month that Apple can no longer prohibit app developers from directing users to payment options outside the App Store. However, the judge stopped short of declaring the iPhone maker a monopoly and ruled that it was within its rights to remove Fortnite from its devices. Epic has appealed the decision.

Apple first kicked Fortnite off the App Store last August for flouting its rules on in-app payments on the iPhone by giving users an alternative way to pay. The removal led Epic Games to file what appeared to be a largely premeditated lawsuit.
In a contentious trial that lasted most of May, Epic argued that the App Store constituted a monopoly because it is the only way to access hundreds of millions of iPhone users, and that Apple harmed competition by prohibiting other app stores or payment methods on its devices. Apple sought to undercut that argument by pointing out that the iPhone is one of several devices where Fortnite users can play the game and buy its in-game currency V-bucks, including Android smartphones (Epic is fighting a similar lawsuit against Google) and video game consoles such as the PlayStation and Xbox, many of which also don’t allow alternative payment methods and charge similar commissions.
In a series of tweets on Wednesday, Sweeney slammed what he called “another extraordinary anticompetitive move by Apple” and implied that the company went back on its word.
“Apple lied,” he said, citing earlier statements where Apple said it would welcome Epic back if it agreed to play by the same rules as everyone else on the App Store. “Epic agreed, and now Apple has reneged in another abuse of its monopoly power over a billion users.”
An Apple spokesperson declined to comment on Sweeney’s tweets but directed CNN Business to portions of the court’s decision where the judge ruled in Apple’s favor.
“With over 30 million registered iOS developers, it is not particularly surprising, or necessarily nefarious, that Apple does not negotiate terms generally,” the judge wrote.

Sweeney vowed Wednesday that Epic will continue to pressure Apple.
“We’ll fight on,” he said on Twitter. “The need for regulatory and legislative action is clearer than ever before.”
Source: Read Full Article